A promising new approach to detect immunity to Ebola virus infection has been developed by researchers from i-sense in a collaboration between UCL and Imperial College London. 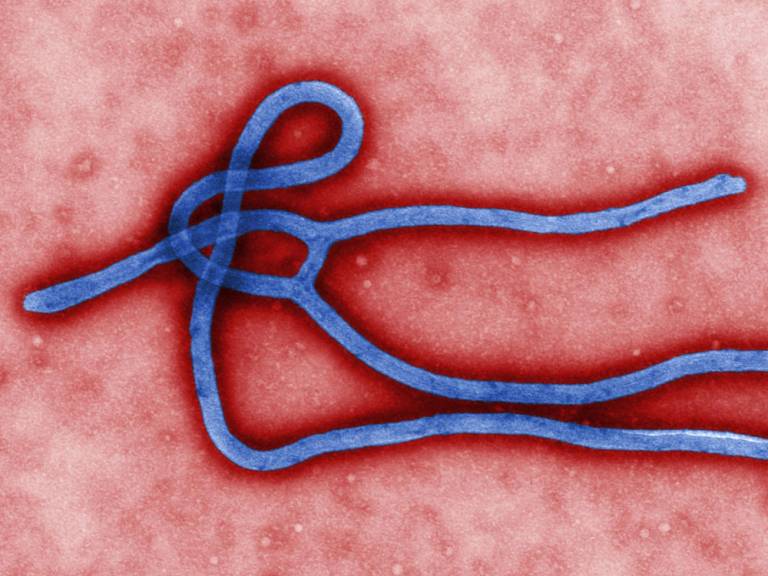 Published in ACS Nano, the new approach uses lateral flow technology, similar to that of a pregnancy test, coupled with smartphones to provide a promising alternative to lab-based testing.

"This research represents a major milestone for i-sense and harnesses the power of mobile phones and paper microfluidic tests to rapidly analyse a patient's immune response to Ebola with geo-located information to map disease 'hotspots' in Uganda," said Professor Rachel McKendry, Professor of Biomedical Nanotechnology at UCL and Director of i-sense.

Since the major Ebola outbreak in West Africa in 2014, a wide number of diagnostic tools have been developed to allow rapid diagnosis of patients, however detection of antibodies is still performed using expensive, time consuming lab-based equipment.

During this outbreak, nearly 29,000 people were infected and there were more than 11,000 fatalities, yet limitations in available diagnostic and prognostic tests meant that less than 60 per cent of cases were diagnosed.

Dr Polina Brangel, who led the research while a PhD student with Professor Molly Stevens at Imperial College London prior to moving to UCL, said: "The most recent outbreak in 2017, which occurred in a very remote, forested region of the Democratic Republic of Congo, highlighted the need for simple and portable tests not only for diagnosis, but also to detect immunity to the virus for effective disease surveillance."

"Our research focused on developing mobile-connected paper-based tests to identify and analyse antibodies in individual survivors in order to understand the spread of diseases," said Professor Molly Stevens, Research Director for Biomedical Materials at Imperial and i-sense Deputy Director.

The test detects IgG antibodies against key viral proteins, which plays an important role as the basis of most currently-developed vaccines. Unlike similar tests, it also classifies this protein against two additional viral proteins, which could be used as a toll for the identification of exposed populations to the deadly virus, as well as predication of acute patient survival rate.

While lab based tests can take up to five hours, this point-of-care test takes just 15 minutes to result, allowing those affected to get faster access to treatment and care, and prevent further infection.

The identification of IgG antibodies might help understand exposure to the different strains of the Ebola virus, enable detection of immunity in the early stages of recovery, and potentially benefit the detection of asymptomatic infections and pre-vaccination assessment.

Co-author Dr Leslie Lobel (Ben Gurion University of the Negev) added: "This research will most certainly enable rapid diagnosis of severe viral diseases in remote locations, thereby mitigating disease spread and rapidly controlling the extent of an outbreak. In short, it will revolutionize infectious disease control on a global scale."

Further to this, the identification of antibodies is particularly advantageous for developing vaccines as it provides a more enhanced evaluation of vaccine efficiency under outbreak conditions.

Future work will be developing the test to use whole blood samples taken from a finger prick to simplify the operational process even more and enable 'on the spot' results without any need for further equipment and facilities.