A new European Space Agency (ESA) mission concept to help reduce the global risk of damage caused by space weather will be worked on by teams from across the UK with UCL playing a pivotal role in developing instruments on board the spacecraft. 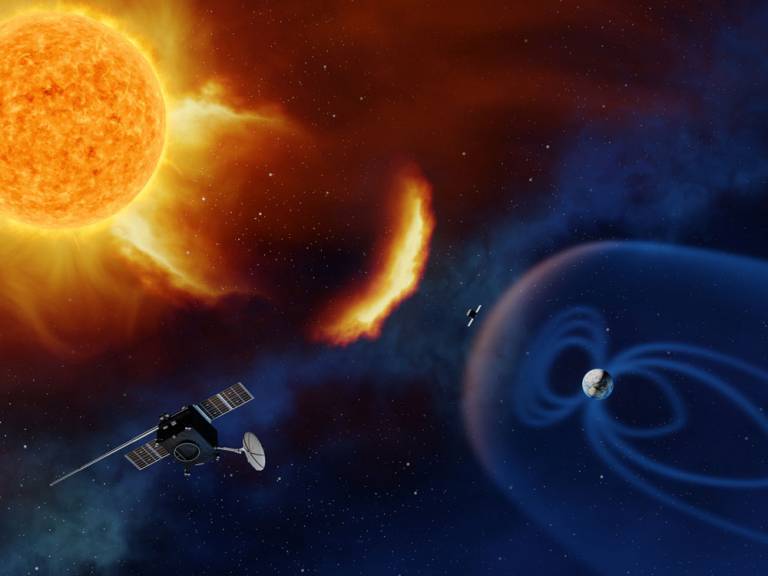 Space weather occurs when the sun ejects material which can be highly charged, super-heated and hazardous to manmade infrastructure and human life in space.

The new mission aims to put a spacecraft at a fixed point away from the line between the sun and the Earth, known as the 5th Lagrange point, so it can monitor for these events and provide an early warning system.

A recent ESA study estimated the potential socio-economic impact in Europe from a single, extreme space weather event could reach €15 billion. Much of this disruption could be avoided through accurate forecasting.

"Space weather is ranked as the fifth most important risk in the latest UK National Risk Register as being high likelihood, medium risk to our everyday lives in the UK," explained Dr Jonny Rae (UCL Mullard Space Science Laboratory).

"But at the same time, we are significantly expanding the number of operational satellites through new technologies and services for applications such as mobile phones, TV, navigation, financial services and insurance, as well as Earth observation, so it is increasingly important to set up early warning systems."

Historically, there have been a number of very large geomagnetic storms that today would cause significant damage to our modern electronic world. In 1989, the eastern seaboard of the US and Canada went without power for nine hours.

In a 2003 space weather event, Sweden experienced a power blackout and it was estimated that 10% of the entire satellite fleet suffered some sort of anomaly or malfunction; however, this pales into insignificance as compared to the largest storm on record in 1859, termed the "Carrington Storm".

Three out of four teams developing the platforms and instruments to support the ESA mission are from the UK.

Dr Richard Cole, who will be managing the study contract at UCL said, "UCL has a long track-record in the science of space weather and in building instruments to investigate it. I am very pleased that UCL is able to lead a team of European institutes in developing this important mission that will help us develop an early warning system for space weather and better predict its harmful effects on both ground- and space-based technologies - something we've never been able to achieve before." 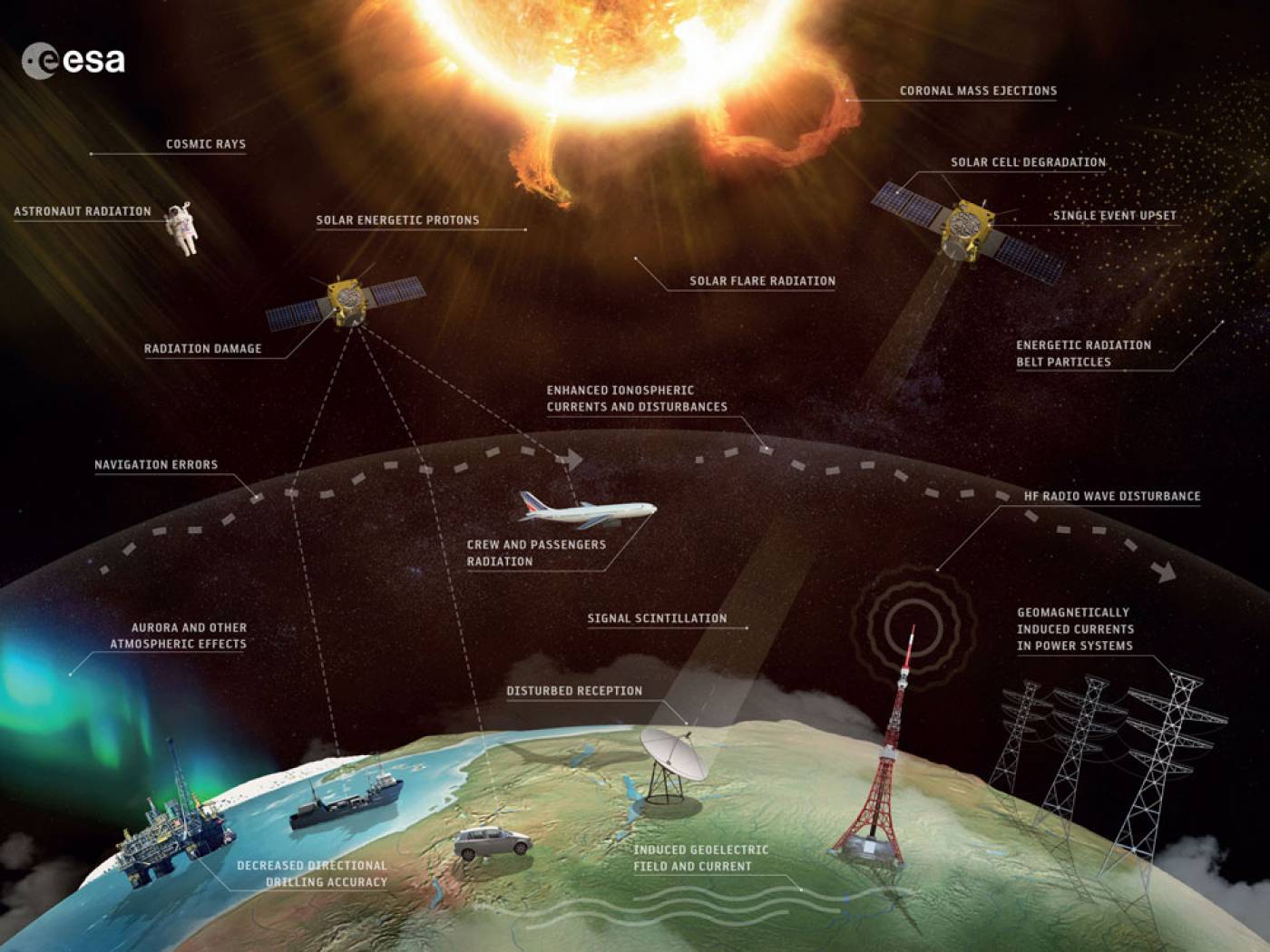 "We are relying on European industry to provide the expertise and new infrastructure needed to implement ESA's Space Situational Awareness Programme," said Director General of ESA, Jan Wörner. "Study contracts for a future space weather mission are a crucial step in moving forward with a set of full services to protect critical civil and economic activities."

Dr Graham Turnock, Chief Executive of the UK Space Agency, said: "The UK is a world leader in providing space weather forecasts and this mission will help the Met Office's Space Weather Operations Centre improve this further. It's a great example of the value of our work as a member of ESA to science and industry in the UK." In 2016 the UK Space Agency committed €22 million, over 4 years to ESA's Space Situational Awareness (SSA) programme. ESA is planning to select a final design for the spacecraft and its instruments based on the results of these studies, which are due in about 18 months.