UCL has had a surge in applications for undergraduate courses from home, EU and overseas students, outperforming the overall rates in the UK higher education sector. 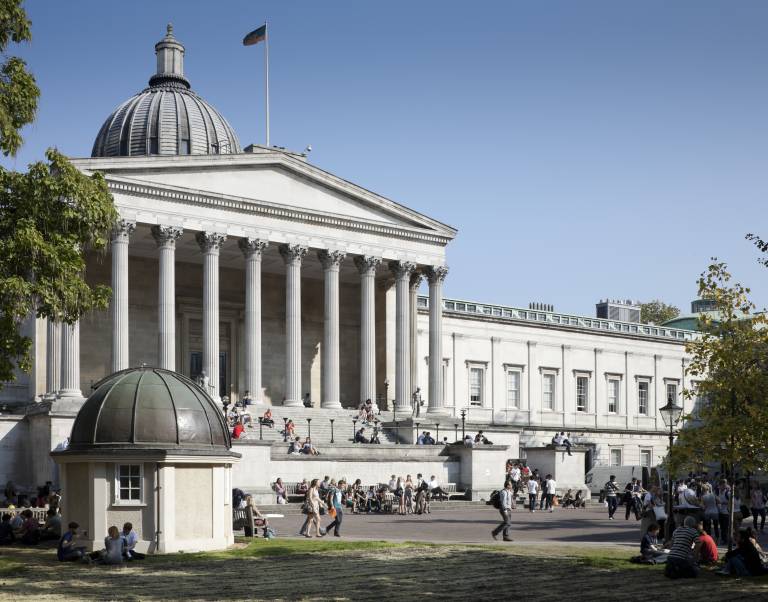 UCL has seen an overall rise of around 15% in applications from home, EU and overseas compared with a small dip for the rest of the sector, figures from UCAS have revealed this week.

The biggest increase at UCL has been among overseas applications which are up by more than 20%, reflecting a general buoyancy in the figures across UK universities.

Applications for UCL from home students are also up by around 11%, which has bucked the general downward trend for the rest of the university sector.

EU student applications are healthy with a rise of around 15%, which suggests that they have not been put off by the prospect of Brexit and may be seeking to take advantage of the continued financial support before the UK leaves the EU.

Professor Anthony Smith, UCL's vice-provost (education and student affairs), said: "We are delighted by the strong applications across all sectors. UCL aims to provide students with a unique research-orientated learning experience that equips them for the future and inspires a lifelong curiosity.

"This year's applications reaffirm our status as a global university with one of the biggest multinational student bodies in the UK. They show that students from the EU and further abroad continue to want a first-class UK higher education, which bodes well for the future post Brexit.

"In the face of the ongoing debate over funding and value for money it is encouraging that our home applications are up 11% against a fall of nearly 4% nationally, indicating that home students value the prospect of studying for a degree at UCL"

According to UCAS, application rates from English 18 year olds have reached a record high, increasing by 0.4 percentage points to 37.4 per cent.

The application rate for 18 year olds in Wales also increased by 0.3 percentage points to 32%, while rates in Northern Ireland were stable at 47.5%.

This year, the applications from all age groups to nursing courses in England has fallen by 13%. UCAS started reporting on these figures following a switch from NHS bursaries to tuition fees for nursing subjects at English universities and colleges in 2017.

UCAS' Chief Executive, Clare Marchant, said: "Today's figures show that UK higher education continues to be a highly popular choice for 18 year olds, and draws students of all ages from around the world to the UK.

"However, the application data also highlights continuing falls in demand from older students and to nursing courses in England. These are challenges for everyone involved in higher education to work on together. We must continually seek to evaluate what works well, and what doesn't.

"It's also important to remember that most universities and colleges are still open for applications, and students can still make application choices via UCAS until 30 June. We will be publishing a comprehensive picture of the full 2018 admissions cycle in December 2018.'