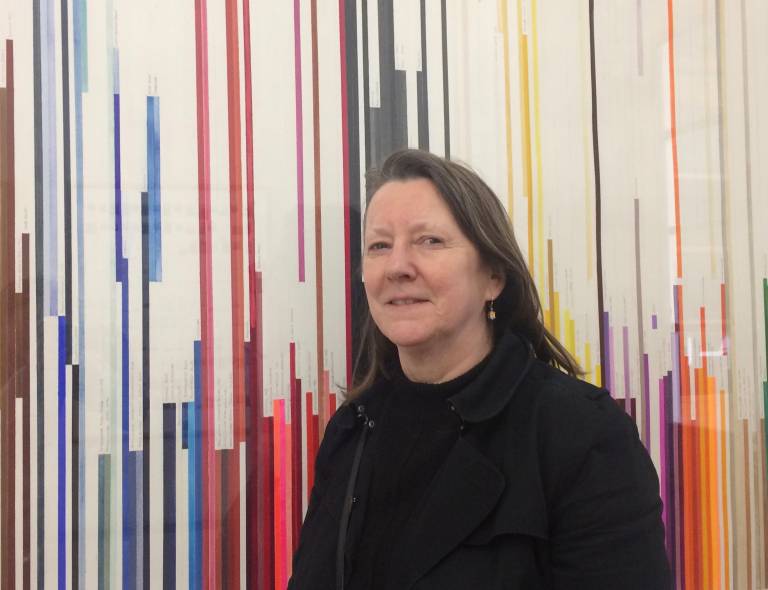 Currently, I teach in Graduate Painting at the Slade, co-Director of The Material Research Project and Director of the Material Museum. A great deal of my practice involves the investigation of methods and materials, mostly those that relate to painting, which are central to my practice and increasingly important in my teaching. I am interested in how the contemporary painter considers, believes or understands that a knowledge of methods and materials is relevant to the creative process. A key part of my research creates situations that empower the practitioner by paying attention to the activity of making and reaffirming the understanding of craftsmanship and materials and their implications in aesthetic decision making.

I'm also Deputy Director (Projects) which entails an involvement with a number of extra curriculum activities such as UCL East.

I was first at UCL in 1972 and studied at both undergraduate and graduate levels at the Slade School of Fine Art and taught there since 1986. I've pretty much worked my way through a number of roles as both full and part-time including the Slade Summer School and Affiliate Programme I directed and developed from 1989-2002.

My involvement with Materials Research Project that has incorporated working with a range of extraordinary artists and scientists through-out UCL and in particular being part initiator of the Slade Scientist in Residence. The first being Prof David Dobson, Earth Scientist, and his development of a new blue. Also the work on the Pigment Cases on show in the North Cloisters and The Pigment Timeline currently on view there. And the wrap around design for the new Teaching pop-up in the quad which I collaborated on this last year with my dear friend and long standing colleague of over 25 years, the sculptor, Professor Edward Allington, before his death last September.

Currently to develop the research on show in the Colour & Emotion exhibition at the UCLH funded by UCL Grand Challenges: Human Wellbeing. Complete a publication of the research From Pigments to Solar Power funded by UCL Grand Challenges: Sustainable Cities. Also in developing, along with Dr Ruth Siddall, Gary Woodley and Malina Busch, The Pigment Timeline Project, which investigates connections between UCL departments that involve pigment and colour in their research. And finally get into production my Art School Guide to Material Practice, Vol. I Supports, Grounds & Surfaces.

Visconti's The Leopard based on Guiseppe Tomasi di Lampudesa's novel which could well be my favourite novel.

Giotto, as he was not only a singular artist but had a great sense of humour, Piero della Francesca, not for his humour but his humanity and Cennino Cennini, who wrote Il Llibro dell'Arte. Henry Thoreau, as he had worked with his father to produce and manufacture the very best pencils in America in the C19. And the artist, A. Boogert, who in 1692, wrote an 800 page book on mixing watercolour. It is a single edition educational manual, which can be viewed at the library in Aix-en-Provence. It is an extraordinary document of the pigments available during those times and of an artist's dedication to learning. It was a humbling experience to hold in one's hands this rare and beautiful manuscript, and to feel a connection with Boogert's endeavours.

Life really is too short and it's ok getting older.

I am a UK Athletics timekeeper.

At home in my studio.