A major new research partnership, led by UCL and Imperial College London, to understand how we can transform cities around the world to support healthier lives, whilst also protecting the planet, has been set up with a £10m grant from Wellcome. 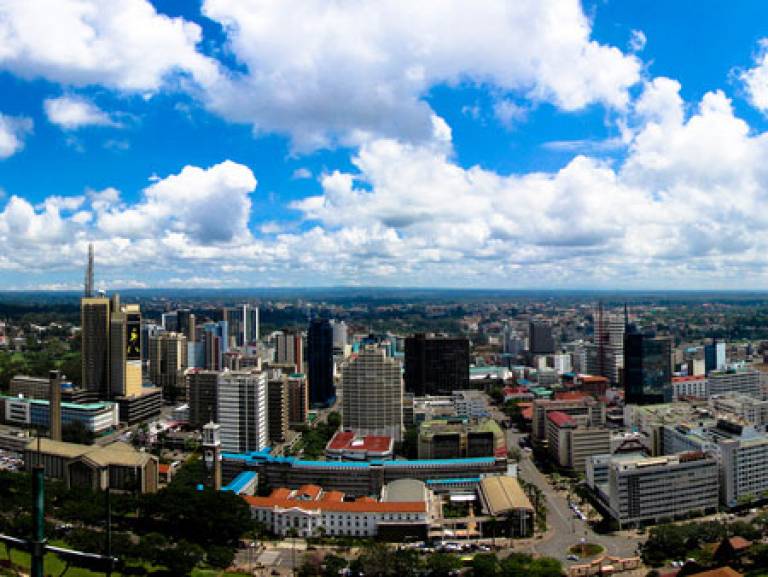 Coordinated from London, but with a network of expert scientists and practitioners across four continents, the partnership comprises two integrated urban health projects. Their aim is to provide the evidence needed to help policy makers and governments take actions to improve the health of their populations and the planet, in a way that minimises health inequality.

The researchers will work closely with the 10 cities, gather local data and then use computer modelling to test policies such as safe low-income housing or large public transport systems to see whether they are likely to be successful, and to unearth unintended consequences.

Over half the world's population now live in cities, by 2050 this is expected to rise to 70%. People who live in cities are on average healthier than those living rurally, mainly due to the concentration of economic activity and extensive public services. However, as more and more people are exposed to city life, these services are stretched and stressed, and the urban poor fall behind.

Around the world air pollution contributes to one in five premature deaths, which is increasing in areas undergoing rapid development. Many urban populations do not have adequate access to safe water and sanitation or decent housing, and are vulnerable to infectious disease and natural disasters.

The planet is also affected by urban growth. More people means more waste to manage, more cars and associated emissions, and a greater demand for water, electricity and gas. Researchers want to develop solutions that can benefit people without straining the planet, paving the way for a more sustainable future.

Many cities have already set up initiatives and made changes to further improve health. London, for example, recently introduced the T-Charge, an additional cost for older vehicles that do not meet minimum European emissions standards when they drive in central London.  Whilst these actions go some way to tackling specific issues, such as air pollution, more extensive policies are needed to significantly improve health and sustainability. Many questions still remain about what policies will be most effective, and research is urgently needed that includes all sectors and accurately represents cities around the world.

The projects will be brought together in the London Hub for Urban Health, Sustainability and Equality, creating one of the world's leading research hubs in this field.  It will combine the research from cities across the world to build up a picture of urban health for most of the world's populations.

The project is part of Wellcome's Our Planet, Our Health programme which seeks to respond to the health and environmental challenges of our rapidly changing world. The new partnerships join four other major projects announced in 2017, which are addressing further challenges in urban health as well as to food systems.

Professor Davies said: "To date no city has succeeded in implementing a pathway of development that is consistently and demonstrably on track to deliver long-term environment and health goals that fulfil both local needs and the increasingly urgent imperatives for planetary health. In this programme we aim to develop system-wide understanding of how those challenges can be addressed through development and implementation of evidence-informed solutions"

Prof Majid Ezzati from Imperial College London said "People have always lived in cities to have better opportunities for health and wellbeing. However, cities in poor and rich countries are increasingly a setting for growing inequalities that are fundamental barriers to sustainable human development. What we need is plans and policies that leverage cities' potentials for innovation to improve the health of low-income and marginalised groups."

Saskia Heijnen from Wellcome's Our Planet, Our Health team said: "Over half of the world's population live in urban areas, and as this number continues to rise, our cities will need to adapt to ensure that all people can live healthy lives whilst protecting the planet, both now and in the future. This new partnership will create a world-leading research hub for urban health, addressing many of the unanswered questions that have previously stood in the way of progress."