A blueprint to cut UK electricity prices to bring them into line with competitor countries such as Germany and France as we move to low-carbon power generation has been proposed by UCL researchers. 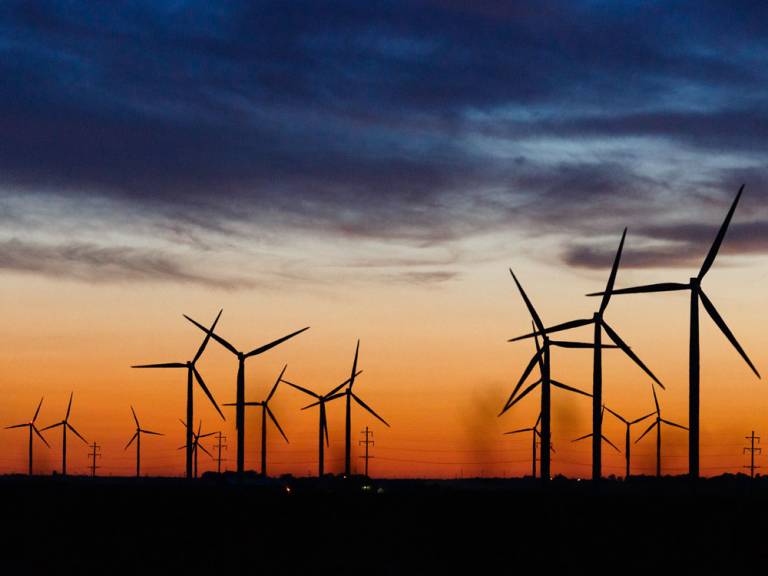 The report by UCL's Professor Michael Grubb and Paul Drummond recommends the government increases investment in in low-cost renewable energy such as onshore wind, and co-ordinates investment in power generation and network infrastructure more efficiently.

Produced for the Aldersgate Group, a sustainable energy alliance, it also recommends the UK ensures it leaves the EU in a way that supports increased interconnection with European power grids and cross-border electricity trading.

The report found UK industry pays on average a third more for electricity than many counterparts in Europe who have reaped the benefits of better interconnections, more cross-border trading and long-term supply contracts.

It makes six key recommendations including:

- Removing barriers to investment in mature renewable energy projects, given that technologies like onshore wind no longer need subsidy provided the political risks are minimised. This should be coupled with a resumption of the carbon price escalator, taking effect as coal retires from the UK system in the early 2020s, so that investors have confidence that they will save on fuel and rising carbon costs;

- Encouraging greater co-ordination between investments in network and generation infrastructure to avoid congestion and inefficient network development. This should be done in conjunction with a review considering how to support electro-intensive companies with network costs;

- Ensuring that the UK leaves the EU in a way that retains unrestricted access to the internal energy market and supports continued investment in interconnection with continental grids, which will be essential to maintain system security affordably as the UK electricity system decarbonises. Research suggests that for every 1 GW of additional interconnection, UK wholesale electricity prices could reduce by 1% to 2%;

- Using the five-year review of the Electricity Market Reform and Capacity Market to help UK industrial electricity consumers benefit from providing system-related services to the electricity system, such as demand-shifting and frequency support;

- Establishing a long-term market of zero carbon and tradeable electricity contracts to facilitate industry access to low cost and unsubsidised sources of renewable electricity such as onshore wind. Industrial consumers holding these contracts would avoid paying the carbon price.

The report blames the higher prices in the UK than France and Germany on the fact that they are tend to be better interconnected and engage in more cross-border electricity trading.

It found they are also more supportive of long-term contracts to reduce prices for electro-intensive companies, take a more strategic approach to supporting electro-intensive companies with network and policy costs and have historically integrated renewable energy in their system in a more co-ordinated - and therefore cost-effective - way than in the UK (although UK policy is now improving in this regard).

Professor Grubb said: "With costs tumbling, the clean energy revolution presents an opportunity for UK industry. But harnessing the benefits will require removing the obstacles to mature renewables including onshore wind, and helping business consumers profit from flexibility. It also means ensuring that both fossil fuels and renewables face their environmental and system costs along with developing smarter energy markets, through which industry can procure its energy efficiently with the most cost-effective renewables."

Nick Molho, Executive Director, Aldersgate Group, said: "Electro-intensive companies have an important role to play in the UK's transition to a low carbon economy. The government has a wide range of tools available to deliver competitively priced power to those businesses in the years ahead, such as taking a more strategic approach to network development and funding, improving industry access to low cost forms of clean energy and ensuring that Brexit does not get in the way of increased interconnection and cross-border trading with the European electricity market."