Inquiry launches into history of eugenics at UCL

UCL has launched an inquiry into the history of Eugenics at the university, which will be led by an independent chair - Professor Iyiola Solanke of the University of Leeds. 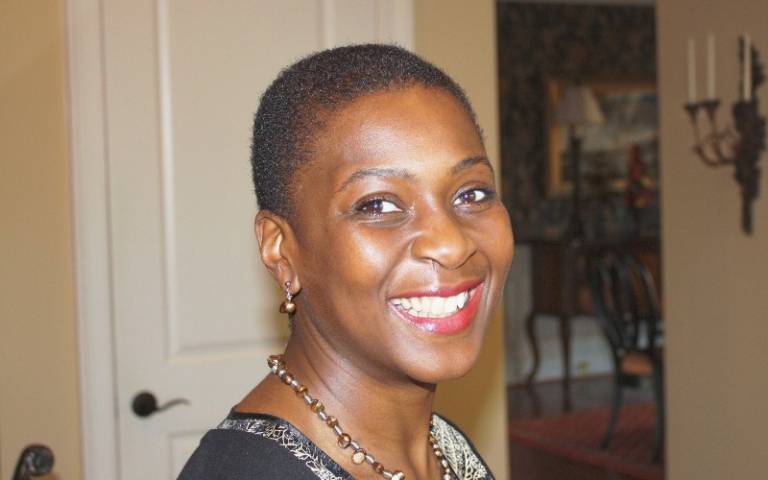 It held its first meeting on Friday 23rd November and is due to complete by the end of July 2019. It will provide recommendations as to what UCL’s current position should be on the teaching, dissemination and study of eugenics, as well as its inherent link to modern day racism.

The report will also deliver recommendations on how to manage its current naming of spaces and buildings after prominent eugenicists – such as the Victorian scientist Francis Galton who coined the term eugenics and endowed UCL with his personal collection and archive, along with a bequest which funded the country’s first professorial Chair of Eugenics.

Dr Iyiola Solanke is a Professor in the School of Law at the University of Leeds where she holds the Chair in EU Law and Social Justice. Her research focuses on discrimination law and EU Law. Her most recent book, Discrimination as Stigma was published by Hart in 2017. At Leeds, she teaches EU Law, Discrimination Law and Alternative Dispute Resolution.

She is an Academic Bencher of the Inner Temple, and was recently a Fernand Braudel Research Fellow at the European University Institute in Florence. In 2017, she set up the Black Female Professors Forum to promote the presence and visibility of Black women in the Academy. In 2017, Professor Solanke was also appointed a member of the Valuation Tribunal for England.

Other members of the inquiry panel include prominent UCL academics as well as equality representatives from UCL and the Students’ Union.

Professor Solanke said: “I commend UCL for initiating this inquiry to examine the history of eugenics at the institution, and congratulate those members of the UCL community past and present who have played a part in its evolution. It is a privilege to have been invited to be the independent Chair of this inquiry.”

UCL President & Provost Professor Michael Arthur said: “I am very pleased that Professor Iyiola Solanke of the University of Leeds has agreed to chair the inquiry commission - which draws on academic and professional expertise from across UCL to ensure a broad range of perspectives are taken into account.

“UCL has decided to hold this inquiry to ensure that the university’s historical links to eugenics is properly examined. It is clear that this issue causes significant concern among many members of our community. We both hear and recognise the sensitivities around eugenics – particularly surrounding the work of Francis Galton – and we look forward to receiving the panel’s recommendations.

“UCL works hard to create a welcoming and inclusive environment and does not tolerate any discrimination of any kind. The university is also committed to free speech and defends the freedom of academic colleagues to engage in legitimate academic activity.”

Mahmud Rahman, Democracy, Operations and Community Officer for UCL’s Student Union added: “UCL’s history in relation to eugenics is deeply troubling for us and our members. We welcome this inquiry and we’re pleased to have been invited to work with Professor Iyiola Solanke on the commission.”

Membership of the inquiry commission