Climate change and human disturbance are putting wildlife in the world’s oldest and deepest lake at risk, according to a new study by UCL and University of Nottingham. 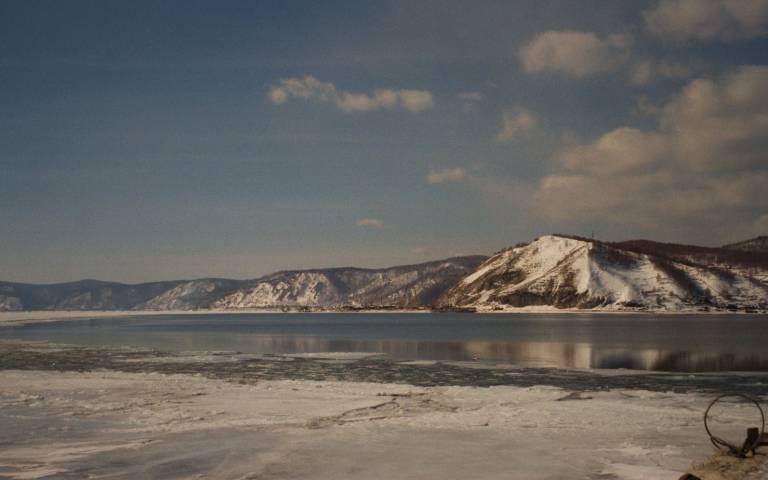 Lake Baikal in Siberia is the world’s oldest and deepest lake, holding one fifth of the world’s unfrozen freshwater. With 75% of its species found nowhere else in the world, the lake was designated a World Heritage Site in 1996 as the ‘most outstanding example of a freshwater ecosystem’.

The study, published in PLOS ONE, finds that microscopic algae known as diatoms, that are unique to the lake, have been declining rapidly as the lake gets warmer. These ‘algae’ are at the bottom of the food chain and provide essential food to other organisms such as plankton and fish which are then themselves food for the world’s only true freshwater seal.

In turn, these species are being replaced by other diatoms more commonly found elsewhere in the world that are lighter and have faster growth rates. This is causing a shift in feeding patterns, and possibly the lake’s natural cycle of energy and nutrients, which could have a severe impact on its biodiversity.

Professor Anson Mackay (UCL Geography), co-author on the paper, said: “The microscopic algae, known as diatoms that are native to the lake are relatively heavy, slow growing yet uniquely adapted to growing under ice. However, as the lake has become warmer those algae have rapidly declined and are being replaced by lighter, faster growing diatoms.

“The risk here is an unbalancing effect, whereby the new algae could use up more of the lake’s nutrients, or because they are a different shape, might not be so palatable to the lake’s plankton.”

Dr Sarah Roberts (formerly of University of Nottingham and now at the Canada Centre for Inland Waters), lead author on the paper, said: “The results from this study reveal how Lake Baikal has responded to human pressures in the 20th and 21st century. By analysing diatoms preserved in the sediments at the bottom of Lake Baikal, we have been able to reconstruct how they have changed over the last 40 years.”

Scientists have become increasingly concerned by the threats posed to Lake Baikal by human activity and climate change. Previous research has shown that anthropogenic climate change over recent decades has increased temperatures in the lake and reduced seasonal ice-cover duration. At the same time un-treated sewage waste from settlements has negatively impacted near-shore regions, leading to localised instances of eutrophication – overly enriched nutrients - and the emergence of thick mats of green filamentous algae.

However, one surprising finding of the current study was that while the whole of the lake is responding to anthropogenic climate warming through shorter duration of seasonal ice cover, diatom responses were restricted to the south basin, with little evidence of change so far in the north of the lake. The study also showed that whilst the shoreline of Lake Baikal is suffering from the effects of nutrient pollution, there is currently no evidence of this pollution impacting diatoms off-shore in the deeper open waters.

Dr George Swann (University of Nottingham), co-author on the paper, said: "The implications of our findings are that endemic diatom species in the south basin of Lake Baikal are in decline at the expense of cosmopolitan diatom species which thrive in the warmer surface waters and increased period of stratification that now occur within the lake. Additional monitoring is required to assess the impact of further warming in the lake as well as its impact on other aquatic wildlife such as the Baikal seal.”

Professor Mackay added: “Whilst there is currently no clear evidence for water quality deterioration in the deep, open waters of Lake Baikal, we know that increased nutrient inputs are having negative impacts in areas along Lake Baikal’s shoreline from inadequate sewage treatment plants. We also know that these shoreline regions can act as early indicators of future wide-spread change. As such, urgent action is vital to prevent anthropogenic pollution extending into the open waters of the lake and negatively impacting the lake’s unique biodiversity”.

The research is co-authored with Institute of Earth’s Crust, Siberian Branch of the Russian Academy of Sciences in Irkutsk (Russia) and the Swiss Federal Institute of Aquatic Science and Technology EAWAG-ETH. The work was funded by the Natural Environment Research Council (NERC).