A new therapy aimed at improving the sight of people with one of the most common forms of childhood blindness, has shown ‘very promising’ initial results, finds study involving UCL researchers. 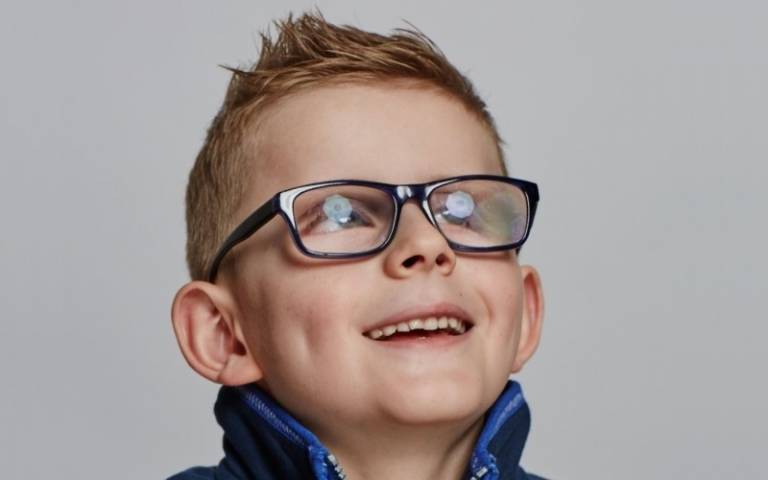 As part of a clinical trial, ten patients with Leber congenital amaurosis type 10 (LCA10), had one of their eyes injected with a therapeutic molecule, known as QR-110, with the other eye left untreated, providing a base for comparison.

The patients were injected at regular intervals and the results, published in Nature Medicine, showed QR-110 had no adverse effects and vision had improved in patients at three months.

One patient responded exceptionally well and after six weeks of treatment self-reported substantial visual improvements and, for the first time in decades, was able to see lights with increasing clarity and brightness – but only in the treated eye. At four months the patient was able to read the first three lines of the standard ETDRS eye test, showing the visual acuity (clarity of vision) has improved from light perception to 20/400 vision.

“Our work on helping to develop QR-110, used patient stem cells to make a ‘retina in a dish’ to show QR-110 could potentially work for this devastating early onset blindness,” he said.

“It is really exciting to see the treatment in clinical trial and initial results are very promising, showing some real benefit to patients. It seems to be safe and is improving the vision of these severely visually impaired patients.

“Hopefully the patients will continue to improve and more patients can be treated in the near future.”

LCA10 is a severe, early-onset inherited retinal disease associated with changes in the gene CEP290. This gene provides the instructions for building a protein that is essential for the formation and stability of the light sensitive outer segment of photoreceptor cells. One specific mutation is the single most common cause of LCA and is found in 60-90% of people with LCA10. This results in incorrect editing and interpretation of the genetic code during protein construction, so that retinal cells end up with a significantly reduced amount of normal, fully functional CEP290 protein.

The pre-trial research team, led by Professor Cheetham, developed proof of concept that molecules, called antisense oligonucleotides, could silence the effect of this mutation so that the gene splicing machinery can make the correct protein. They then worked with ProQR to develop a clinically applicable antisense oligonucleotide and found that the molecule QR-110 was most effective at achieving this and was able to restore levels of normal CEP290 protein in cells from individuals with LCA10. This was possible by using a ‘retina in a dish’ model made from LCA10 patient stem cells, and the results showed improved photoreceptor structure. QR-110 was also very specific in targeting the mutation without influencing other parts of the genome (genetic code).

The researchers established that QR-110 was well tolerated in animal models, and reached all layers of the retina, lasting a suitable length of time in the eye, making it a promising candidate for clinical testing. This work led to the human clinical trials now being reported on.

Professor Cheetham added: “I think this opens up the possibility of treating many forms of inherited blindness with drugs similar in design to QR-110, small antisense oligonucleotides that are specifically to correct genetic faults.”

Director of Research, Dr Neil Ebenezer from Fight for Sight, who provided some of the funding for the preclinical work, said: “We helped to fund the initial research that proved this genetic technique could work in the lab, and it was this groundwork that led to the clinical trial. It is fantastic that the clinical trial is now bringing us one step closer to having an effective treatment for patients with Leber congenital amaurosis.”

The principal funders for this study are ProQR Therapeutics.