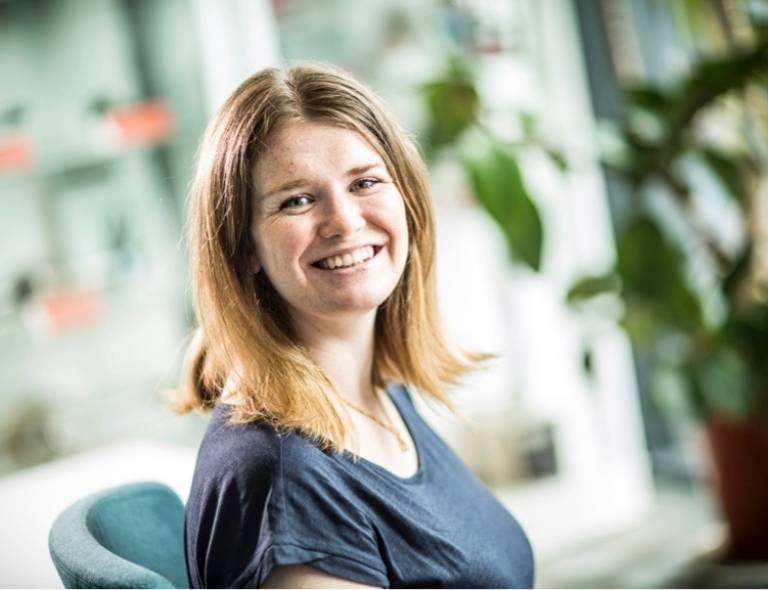 I am a postdoctoral researcher in Biomedical Optics in the Department of Medical Physics and Biomedical Engineering. I'm normally doing one of two things - either running experiments or analysing the results from them. As a medical physicist, I design optical medical devices, test them in the lab and ultimately in the hospital. The first device I built is now being used in the neonatal intensive care unit at UCLH to study baby brain injury, so my current focus is to analyse the data to see if we can assess the level of brain injury using the device.

I've been at UCL for 7 years. After finishing my undergraduate degree in physics at Imperial College London, I was interested in optics so I joined a doctoral training programme in Electrical and Electronic Engineering called Photonic Systems Development. I became really interested in using light for medical applications so I completed my PhD in Biomedical Optics (Medical Physics and Biomedical Engineering), where I still am today.

My proudest moment was seeing my device used in the hospital for the first time which was nerve-wracking but so exciting when it worked! On a different note, recently I have been developing a public engagement platform (www.metabolight.org) to share our research. Our team recently went to the Big Bang Fair and used our devices to scan over 400 people's brains - it was really fun to meet lots of young people and talk to them about medical physics and biomedical engineering.

Last year I was working on a collaborative project in Canada - based in (the confusingly named) London in Ontario. We were testing a device we built here at UCL, which uses light to monitor metabolism in the brain, against lots of different measurements of metabolism, including MRI and PET. Now I'm working on analysing that data to see how the different methods align. It's a challenge because we had 8 different monitoring systems running at the same time!

My favourite album is officially The Wall by Pink Floyd, but secretly The Best Damn Thing - Avril Lavigne's triumphant third album. My favourite film is Moulin Rouge. The Secret History by Donna Tartt is my favourite novel. 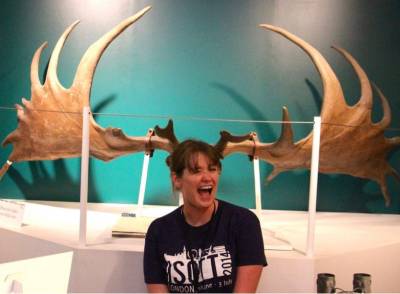 I love a good pun and have done a bit of science stand-up comedy. My best joke was when I 'accidently' showed a picture of me with antlers on and said "Oh sorry, that's the day I put too much moose in my hair!"

Don't worry about what other people think, and remember that you're comparing your insides with other people's outsides.

I was a goal keeper for the Imperial Devils ice hockey team. I was possibly the worst skater the team has seen, but I wasn't afraid of getting hit by the puck!

I love Canada and once travelled across it on the Greyhound bus. I think my favourite place is Tofino on Vancouver Island - I saw a black bear, a sea otter and a golden eagle in an afternoon there!