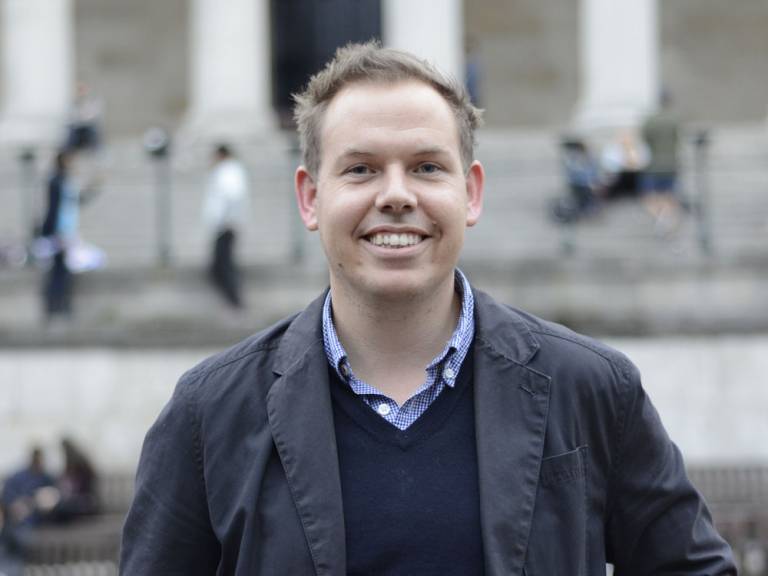 The development of technologies such as electric vehicles, robotics and renewable power sources rely on improved battery technology that operates in increasingly demanding applications. This has driven a demand for alternative battery chemistries including solid-state batteries, metallic anodes, Li-sulphur, Na-ion, Li-air and multi-valent chemistries which are each at varying stages of development.

Together these new chemistries will help to tackle issues associated with cost, safety, durability, energy and power density, but many are pre-commercial and need further basic engineering research to move to commercial deployment.

By improving our fundamental understanding of battery materials engineering, Professor Shearing's work will remove the barriers to commercialisation and accelerate the development and deployment of emerging battery technologies for next generation energy storage.

Professor Shearing's project will explore the new materials, cell designs and manufacturing processes needed to improve battery technologies and, by embedding advanced imaging and diagnostic tools into the design cycle of new materials, accelerate the commercialisation of these devices. The project will seek to generate, and retain, new IP and expertise in the UK.

On receiving the award, Professor Shearing (UCL Chemical Engineering), said: "Energy storage is one of the grand challenges of our time. The opportunity to contribute to this critical research area, through the development of next generation battery technologies will be enabled by the strategic support of the Royal Academy of Engineering over a 10 year horizon.

"This exciting programme of research will help to accelerate the development and deployment of new energy storage technologies, across a broad range of applications from consumer electronics to automotive to grid scale. This will place the UK at the heart of cutting edge developments in the field and working with industry will seek to translate research from lab to application."

The award is one of ten Royal Academy of Engineering Chairs in Emerging Technologies which each focus on developing technologies that have the potential to bring significant economic and societal benefits to the UK, ensuring that the UK is a driving force for global technological innovation.

Professor Nigel Titchener-Hooker, Dean of UCL Engineering, said: "We're thrilled that Paul's invaluable contribution to the field of battery technology and his future potential has been recognised by the Academy with this prestigious award. He is at the forefront of improving this vital technology and with long-term support from the Academy and colleagues across UCL and The Faraday Institution, we are confident that he will lead the way in revolutionising energy storage for future generations."

In recognition of the importance engineering will play in driving these areas of innovation, the government has provided the Royal Academy of Engineering with a significant increase in funding to support the translation of research to application. The Academy has previously only awarded two of these prestigious Chairs, making single awards in 2009 and 2012.

Professor Dame Ann Dowling OM DBE FREng FRS, President of the Royal Academy of Engineering, said: "Emerging technologies offer enormous opportunities for the UK, both economically and socially, but often their potential is not widely recognised until it is championed by a visionary individual. The ten researchers who have been appointed as Chairs in Emerging Technologies are global leaders in their fields, seeking to transform their pioneering ideas into fully commercialised technologies with important and widespread applications.

"The UK has a rich history of championing disruptive technologies - from the development of the steam engine to the invention of optical fibre communications. Early stage technologies offer enormous potential for the UK to continue this legacy and it's vital that we invest in both the technology, and the people behind it, to remain competitive in the global marketplace."

The ten Chairs were selected by a panel of Fellows of the Academy, led by AI and open data pioneer, Sir Nigel Shadbolt FREng FRS.