How does dietary restriction extend lifespan in flies?

Lifespan in flies is extended by limiting the activity of a group of proteins called GATA transcription factors (TFs), giving clues to how a moderate reduction in food intake protects against multiple ageing-related diseases, according to a new UCL-led study. 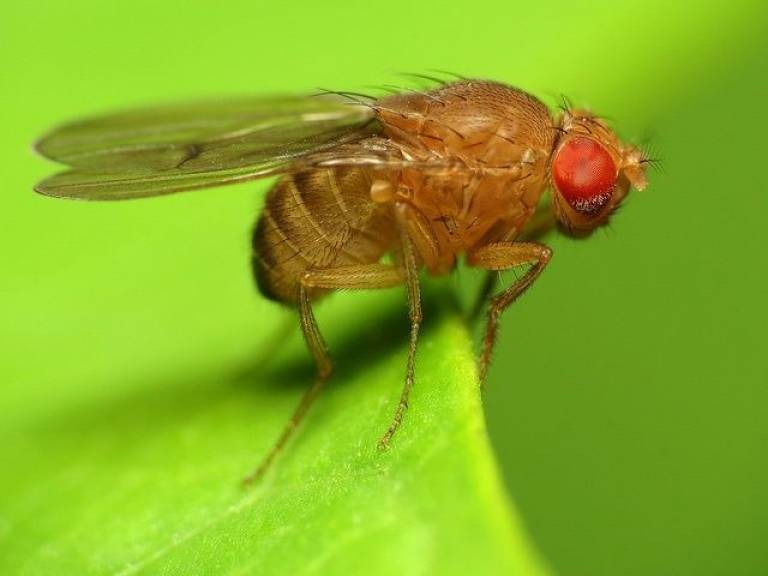 The beneficial effect of reducing the action of a GATA TF is comparable to the prolonged lifespan achieved through dietary restriction; which is defined as a reduction of particular or total nutrient intake without causing malnutrition. This intervention has previously been shown to extend the lifespans of mice and many other animals.

GATA TFs play important roles in health across animals including humans, and the study also associates these proteins with lifespan-extending dietary alterations in mice.

"Across animals, moderately restricting total calorie intake extends lifespan, and anecdotally some humans who do the same stay youthful longer. Scientists have been looking to identify the molecular biological mechanisms behind why this is the case since 1935," explained first author, Dr Adam Dobson, UCL Institute of Healthy Ageing.

The study, published in NPJ Aging and Mechanisms of Disease today in collaboration with the Berlin Institute of Health and Monash University, investigated how limiting GATA TFs extends the lifespans of flies and which tissues are important for this longevity effect.

The authors found that limiting the action of a GATA TF called serpent specifically in fly gut and fat tissue gave a lifespan benefit just like dietary restriction, but without the negative side effects to fitness and fertility.

"Our study reveals that a developmentally important gene regulator plays a role in diet extending lifespan," explained co-author Dr Matthew Piper, from the Monash School of Biological Sciences and previously of UCL.

The researchers used fruit flies as their model organism and restricted the amount of protein - in the form of amino acids - in the flies' diet to extend life.

They then measured how this affected transcription - the essential process by which information from genes in DNA is used to make proteins - in the brain, gut, fat, muscle and ovaries in female flies.

This identified GATA TFs likely controllers of gene expression across the different tissues, which are a family of proteins known to be important for growth and development in mice and humans.

"When we reduced the activity of this transcription factor in adult flies, we reproduced the extension to lifespan seen when we reduced protein by up to 10%" added Dr Dobson.

"Our study suggests that this transcription factor family plays a role in how lifespan changes when dietary protein is reduced. Because this same gene is also found in mice and humans we think this may be a fundamentally important new insight into the way ageing is controlled in response to diet," Dr Piper concluded.

The team now plan on looking at what GATA TFs do at a molecular level, and whether these effects do indeed mimic the molecular effects of dietary restriction.