The positions and distances of over one billion stars in our Milky Way Galaxy have been released by the European Space Agency Gaia mission involving UCL researchers, creating the first 3D census of our home galaxy and opening a new window on the Universe. 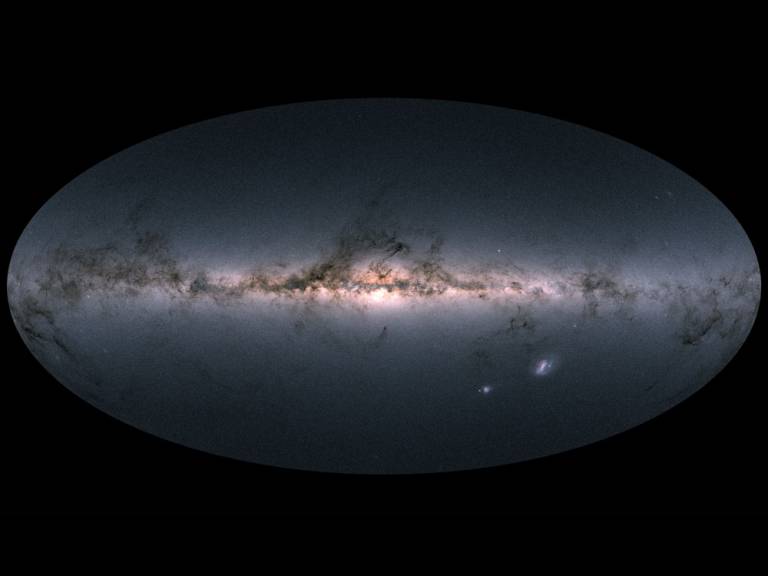 The data release allows astronomers to map the true 3D structure of our galaxy with unprecedented precision by providing information about 600 times more stars than previously available. It covers a volume of the Milky Way 1000 times larger than Gaia's own first data release and with precision one hundred times improved.

Gaia aims to produce the most detailed map ever made of the galaxy and final results are expected in the early 2020s.

Today's results allow improved study of almost all branches of astronomy, helping us understand: how the Solar System formed; how stars evolve; how the Milky Way assembled; where dark matter is distributed in the Galaxy; and the distance scale in the Universe.

"We use Gaia to measure the Milky Way, star by star - where they were born, how they were generated, what their temperatures are and their radial velocity. It's given us direct evidence of the rotation of our galaxy and opens the door to many more detailed studies on the way other disk galaxies evolve," said Professor Mark Cropper, Gaia team lead at UCL Mullard Space Science Laboratory (UCL MSSL).

The data set contains information on 1.7 billion stars, quasars, asteroids and galaxies. This includes precise measures of distance and motion across the sky, brightness and colours for 1.3 billion stars, radial velocities for 7 million stars, stellar parameters for some 100 million stars, variability over time for 550,000 stars, and accurate orbital data for 14,000 asteroids.

UCL Mullard Space Science Laboratory has contributed significantly to Gaia for 17 years by testing and calibrating each of the 106 electronic detectors used to capture much of the data shared today. It's also taken a critical role in the development of Gaia's state-of-the-art Radial Velocity Spectrometer (RVS) and processing the data from it.

"So far, we've calculated the radial velocities of over 7 million stars from data of nearly 20 billion separate spectra, which is a demanding but worthwhile process! These numbers are only set to increase - most likely up to 100 million stars - as we analyse more distant, fainter stars, and we eagerly anticipate what else Gaia uncovers," added Professor Cropper.

Rather than keeping the results for their own science interests, Gaia's team of hundreds of engineers and scientists across Europe, process and calibrate the data for others to use.

Today, UCL scientists and engineers have published several papers, supported by funding from the UK Space Agency and UK Science and Technology Facilities Council (part of UKRI), which provide analysis of Gaia data for the community and illustrate the remarkable accuracy and volume of the data.

One paper, published in Astronomy & Astrophysics and co-authored by Dr George Seabroke at UCL MSSL, illustrates the power of using Gaia's spectroscopic data to map the motion of objects in the disc of the Milky Way.

"The full scientific exploitation of Gaia's first data release was limited by the number of stars with accurate distances from Gaia and radial velocities from ground-based surveys, which was less than 400,000.  Now Gaia's second data release includes its own radial velocities, we have used these data to create the most detailed ever map of how stars are moving.  Using this, we discovered a new global arrangement of stars for the first time, in which stars are organised in thin substructures with the shape of circular arches in velocity space.  It is a vital clue to how the Galactic disc formed and is still evolving!" said Dr Seabroke. 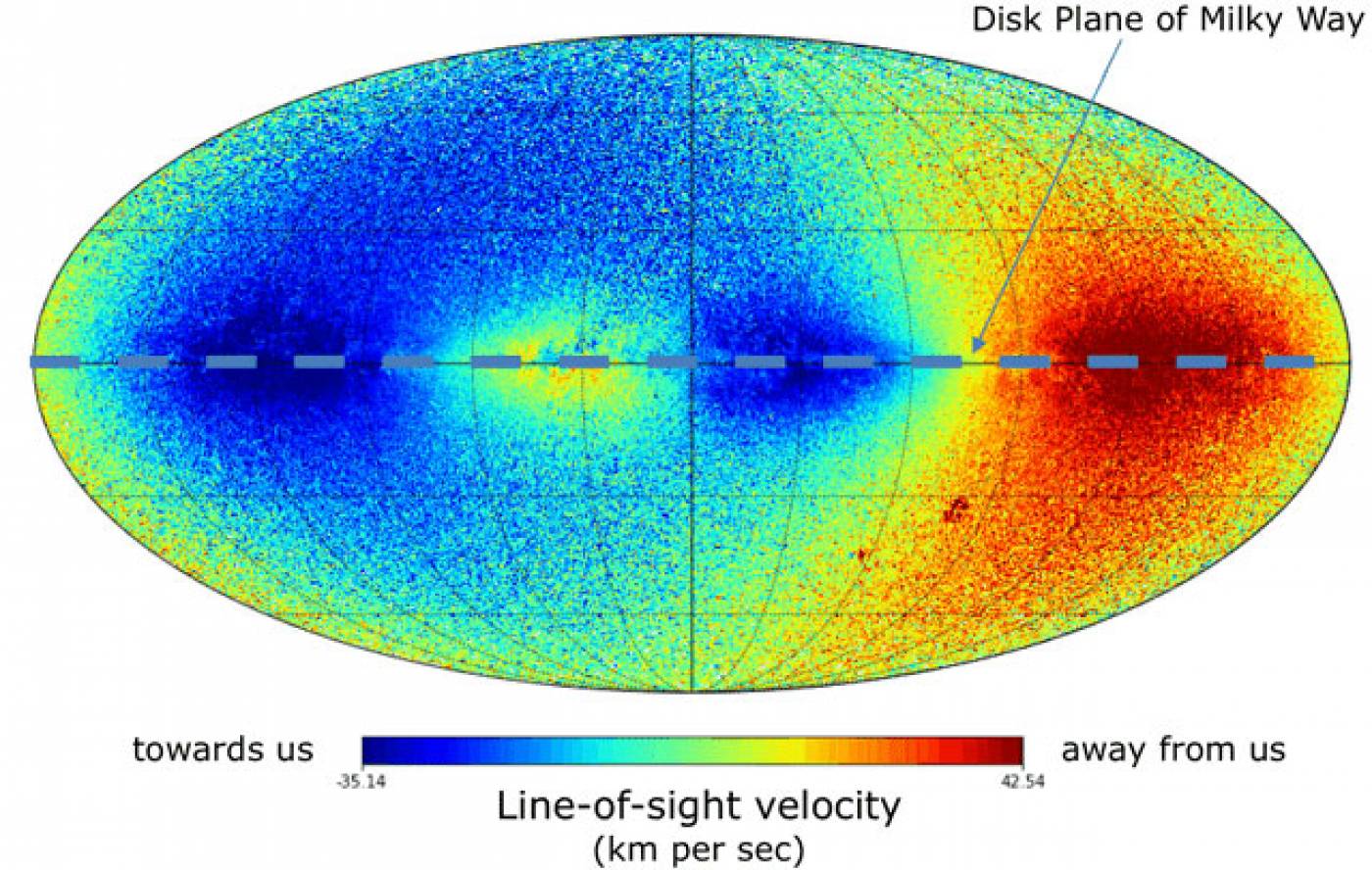 "The combination of all these unprecedented measures provides the information for astronomers to take the next big steps in mapping the formation history and evolutions of stars and our Milky Way Galaxy. There is hardly a branch of astrophysics which will not be revolutionised by Gaia data. The global community will advance our understanding of what we see, where it came from, what it is made from, how it is changing," concluded Professor Gerry Gilmore, (Cambridge University) UK Principal Investigator for the UK participation in the Gaia Data Processing and Analysis Consortium.

The data set released includes information collected over 22 months and the spacecraft has fuel for another 6-7 years operation, allowing a 10-year operational lifetime. Gaia continues to observe and the team eagerly awaits what else it will discover.

Dr Graham Turnock, Chief Executive of the UK Space Agency, said: "We're working with industry and academia to support cutting-edge science that will lead to new discoveries about our Galaxy. The UK involvement in this exciting mission shows that our academics and engineers are world leaders in the space sector. As part of ESA we will continue to be at the forefront of research and deeply involved in missions such as ExoMars, with its Airbus-built rover, and the BepiColombo mission to Mercury."