Global rankings will show this week that the UK's leading universities are among the best in the world but it is a position that will be threatened if, as a result of Brexit, we lose these very academics who have helped put us there. 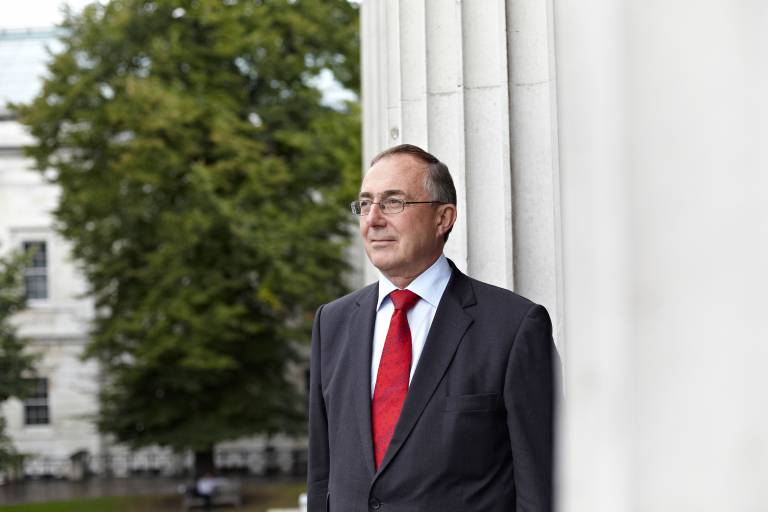 A significant contributor to that success is the quality of the EU - and overseas - researchers and students who have been attracted to work and study by the outward-looking and diverse intellectual communities within our universities.

What is also clear is that other universities outside the top rankings and in areas such as Singapore, China, the US and elsewhere in Europe, are investing heavily in higher education and closing the gap with the world's top 20 which in this week's Times Higher Education rankings are expected to include Oxford, Cambridge, UCL and Imperial.

This is why the negotiations over Brexit and the eventual terms of our withdrawal from the EU are so important if Britain's universities are to maintain their rankings.

If we don't have continued freedom of movement for highly talented EU staff and students to enter the UK and if we don't safeguard our close research links with EU universities and overseas partners, then British universities could struggle to hold on to those academics and so maintain our position at the cutting edge of world research, something which is vital for our future prosperity and the economy.

The key issue is how we retain and continue to attract this young talent. When you look at our top professors, many came here as PhD students or post-doctoral researchers and built their careers here. If we lose talent at that early career level, the consequences will be felt far beyond it in the longer term. One of my deepest concerns is that in a post-Brexit world it could be many years before the full repercussions of losing talent at that crucial entry point becomes starkly obvious.

The warning signs are already there. This summer UCL's school of life and medical sciences held its annual competition for research excellence fellowships - awards that offer scientists starting out on their academic careers three years' salary with an additional £50,000 research costs. Normally up to a third of applicants are from EU institutions. This year there were none.

This underlines why it is important that universities' EU staff and their families get the reassurances they need that their rights to freedom of movement will continue after Brexit and that they will be able to continue to collaborate fully with researchers abroad.

These up-and-coming academics from the EU are not leaving the UK yet but they are worried. And temptations are starting to be put in their way. I am told by senior members of the European professorial group that anecdotally as many as 95 per cent of UCL's senior researchers from other EU countries may have already been approached by overseas institutions.

Across the 24 research-intensive universities in the Russell Group, it is noticeable how many of these EU staff are in economically valuable and strategically important subjects, passing on their expertise, skills and knowledge to young British students and researchers. These include economics (where 38 per cent are from the EU), modern languages (35 per cent), mathematics (31 per cent), IT, systems sciences and computer software engineering (29 per cent), chemical engineering and physics (27 per cent) and biosciences (26 per cent).

To prevent any potential post-Brexit brain drain, the government should take a number of measures that would demonstrate that we remain an outward-looking country with a central role on the global academic stage.

Firstly, EU academics, staff and students are looking for greater clarity on what their rights on freedom of movement will be and in particular that there is continued mobility between the EU and the UK without bureaucratic visa burdens. The sooner the uncertainties such as the cut-off date for EU citizens for settled status are resolved, the better. We in the Russell Group have called for this date to be the day we leave the EU.

Secondly, the fantastic achievements in British higher education research have been achieved against a background of 42 years' interaction with the EU. The government needs to make it a key part of the negotiations that we retain full access to and influence over EU research and innovation programmes and that we resolve concerns that such continued involvement may breach one of the government's red lines over the European Court of Justice's right to resolve disputes in that area.

Thirdly, it is unrealistic to include overseas students in the net migration figures, as has been previously proposed. Official research last month demolished previous claims that it was as many as 100,000 overseas students who stayed on after their visas expired when in fact it is fewer than 5,000.

London has shown itself to be the premier university city in the world. We are keen to work with the government to continue to build on the great partnerships we have established with universities and communities globally so that London, Britain and the world continues to benefit from the research breakthroughs that such collaboration can bring.

Professor Michael Arthur is provost of UCL and will be speaking today at the THE World Academic Summit at King's College London.