Happiness is not determined by childhood biomarkers

Happiness is not determined by childhood biological markers such as height or body fat, according to a team of European researchers involving UCL. 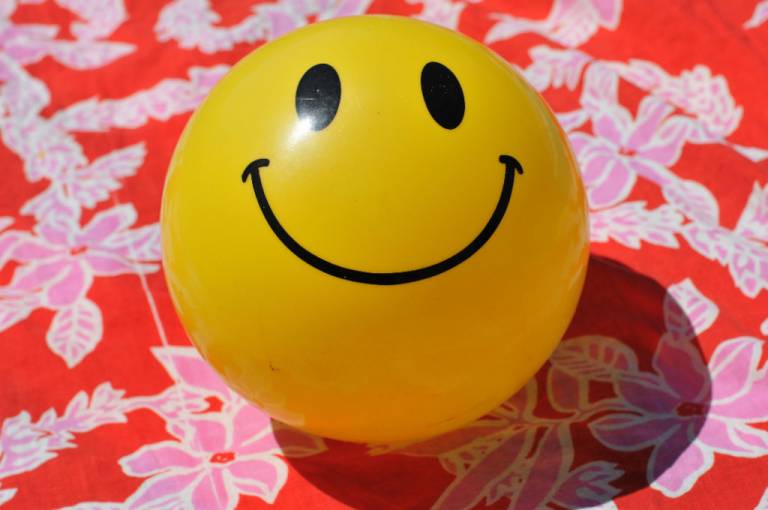 The paper, published in PLoS ONE analysed longitudinal data from nearly 2000 young Finns over a period of 20 years. For the first time, researchers obtained measurements for biomarkers in childhood together with measures of happiness in adulthood.

"This is the first study to examine the childhood antecedents of happiness in adulthood and we found no significant associations. While other studies have shown that childhood biomarkers are predictive of other adult outcomes including earnings and employment, the same biomarkers appear to have no relation with adult happiness," said Professor Alex Bryson (UCL Institute of Education)

"Intuitively, we know what we like - being with friends, going to the cinema. And in the moment, we know what's likely to make us happy. Evidence from app-devices that ask people at random moments mostly confirm that sex and intimacy comes top and work and being sick in bed come bottom. In general, we'd usually rather be outdoors in green spaces, and doing things with friends than sat at work." added Professor Bryson

"What we are less clear about is whether our biological markers affect how happy we feel and given that being happy brings many benefits such as better health and higher productivity, it's important to understand where 'happiness' comes from and, when it's absent, why?

The paper does state that biomarkers may be strongly associated with happiness, but indirectly. For example, body fat can affect happiness through one's self-perception, but the results found childhood indicators do not predict adult happiness. It is possible that happier people function or behave in such a way as to induce changes in their biomarker readings. For instance, happier people behave in healthier ways, for instance with respect to food intake thus confounding the results.

There may also be many biomarkers other than the eight included in the study that could affect happiness. Biomarkers and happiness could also be co-determined by a third factor, such as genetic predispositions, which are unaccounted for in most data sets that are available.

Professor Petri Bockerman from the Labour Institute for Economic Research, Helsinki, Finland, added: "We also know this is unlikely to be the final word on the matter  and although our study found happiness is not determined by childhood biomarkers the issue is a complicated one.  We would like to plan future work to see just how robust this result is across time and space, using different biometric indicators, to help improve understanding of the complex links between biometric and subjective wellbeing."