Explaining bursts of activity in brains of preterm babies

The source of spontaneous, high-amplitude bursts of activity seen in the brains of preterm babies, which are vital for healthy development, has been identified by a team led by researchers at UCL and King's College London. 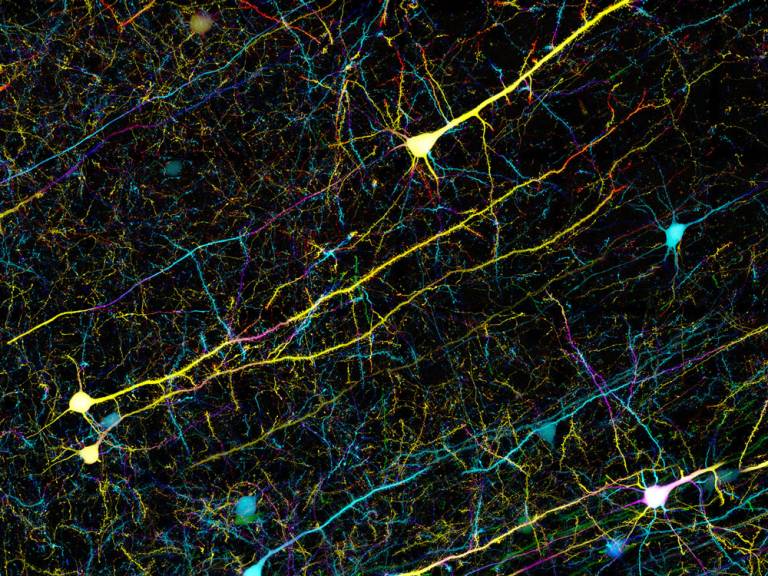 In a new study published in eLife and funded by the National Institute for Health Research and the Medical Research Council, the researchers found that a specific brain region called the insula plays a major role in the generation of the spontaneous neuronal bursts.

The researchers say the spontaneous brain activity is essential to strengthen brain connections which will serve as 'scaffolding' that will then develop further with life experience. Other studies have found that infants whose brains don't display this activity are more likely to develop cerebral palsy or have poor cognitive skills later in life.

"While we don't yet know what causes these neuronal bursts, we know that in healthy babies, they are present preterm and disappear at full term. It's a bad sign if they are absent in preterm or present still after full term," said one of the study's lead authors, Dr Lorenzo Fabrizi (UCL Biosciences). "The brain of a preterm baby is not merely a downsized version of that of an adult, but is uniquely designed to prepare itself for the external world."

For the study, the team identified the source of the most common type of bursts, called delta brush events, in 10 healthy preterm infants aged 32-36 postmenstrual weeks using a simultaneous combination of two techniques: an electroencephalogram (EEG) to identify the signal and functional magnetic resonance imaging (fMRI) to map its location.

The EEG does not give precise spatial information, so the researchers matched the timings of the neuronal activity with fMRI readings, which provide better spatial data by measuring blood flow throughout the brain.

The infants wore custom-made caps fitted with electrodes to record the EEG and were then put inside the MRI scanner when asleep. As EEG and fMRI had not been used simultaneously on babies before, it was a challenging experiment to set up as the authors had to be very careful to ensure the babies did not experience any discomfort during the tests.

The researchers found that the bursts came from the insula, which is one of the most densely connected hubs in the developing cortex. The study findings correspond with previous evidence that the insula enters a crucial phase of development during the late-term period studied.

As a major source of the transient bursting events that are critical for brain maturation, the researchers say the insula's preterm activity warrants further scientific investigation in both humans and animal models.

"This may offer new and exciting opportunities for monitoring how brain activity develops in preterm babies and a new understanding of how early irregularities can ultimately lead to disability. Most research in early brain development focuses on structures instead of functions, so we're hopeful that our methods can be used further to enhance our understanding of brain function before birth," said the study's first author, Dr Tomoki Arichi (King's College London).