UCL has been singled out for key features of its teaching including its focus on student employability, curriculum innovations and humility in an analysis of the recent nationwide assessment of universities' teaching quality. 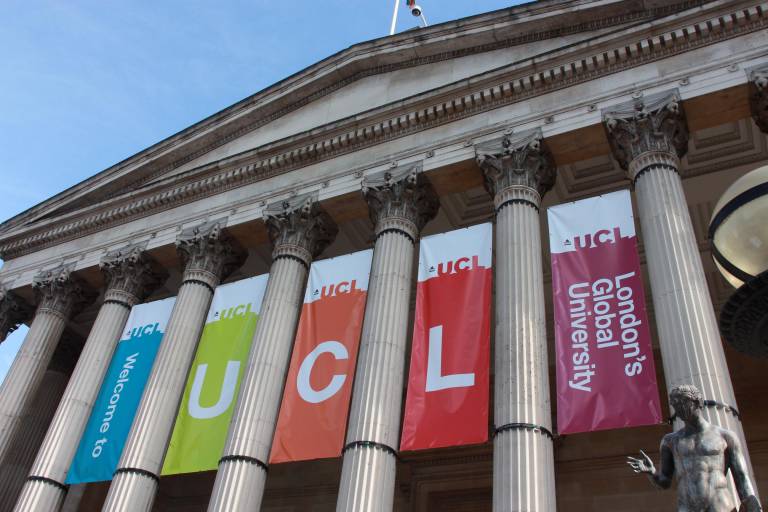 The research, by the Higher Education Policy Institute (HEPI), focused on 12 universities which improved their ratings after submitting qualitative information and data in 15-page reports. As a result, UCL won silver in the Teaching Excellence Framework (TEF) this summer.

UCL's Connected Curriculum which integrates research and education in courses for undergraduates was highlighted in the analysis for providing a "unique" and "memorable" narrative in the university's written submission.

The HEPI report, entitled Going for Gold: Lessons from the TEF provider submissions, noted that the TEF panel credited the university for its "introduction of innovations to ensure stretch in the curriculum." Connected Curriculum was mentioned 18 times in UCL's qualitative submission to the TEF panel.

UCL also used its submission to describe its work to boost students' employability including its Skills4Work programme and Enterprise Boot Camp - a move that reflected the way larger universities tended to promote entrepreneurship.

The TEF panel praised UCL for its "highly successful approach to supporting students into employment" and noted that institutions going "above and beyond" to illustrate the benefits of employability initiatives might have benefited from higher rankings as a result.

Under the heading "humility," the HEPI report also noted that some silver-ranking universities, which moved up from bronze, were not afraid to acknowledge their shortcomings.

"UCL, for one, explicitly acknowledges at the outset that its students are 'dissatisfied' with some important elements of its provision, particularly with how they are assessed and receive feedback," the report said.

However, UCL was also praised as among universities where "there is a clear sense that they are looking to the future and that the changes they are making will be long-lasting," said the report. UCL has made clear it not only recognises its shortcomings but is working hard to rectify them.

It noted that UCL staff stated that "they look forward to the point in the near future where our metrics and our narrative submission both point clearly and unambiguously to the same evidence of our success."

The research by HEPI is designed to provide universities with key lessons to be learned from the TEF exercise. Among them was the importance of reward schemes to recognise excellent teaching among staff, which were evident at all 12 universities studied, including UCL.

Involving students in decision-making such as the presence of sabbatical officers from the student union as full members of the Project Board was also highlighted as well as improving digital learning and mentoring schemes.

UCL's use of geography such as access to the British Library, Senate House Library, the British Museum and other cultural centres in London was cited as a way the university added value to students' teaching experience.

Some 134 higher education institutions took part in the TEF exercise. Almost a quarter - 33 - saw their final ranking rise on the basis on the 15-page submissions they made, one - the Royal Veterinary College - going from bronze to Gold. One dropped a ranking after their submission.