UCL hosted BBC's flagship ethical programme The Moral Maze this week to mark 50 years of the Abortion Act with a lecturer from the university's Faculty of Laws acting as a specialist witness to the panel. 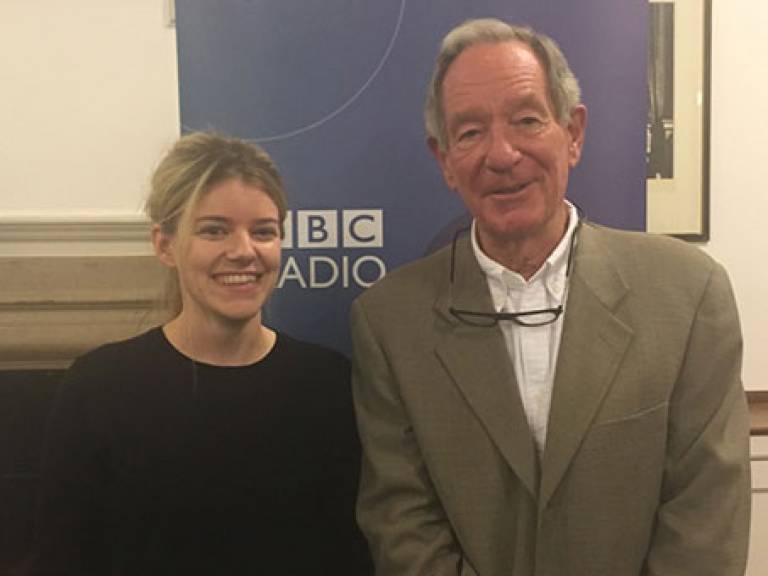 Dr Kate Greasley (UCL Laws) was one of four witnesses who took part in the debate, aired on BBC Radio 4 on Wednesday night and which coincides with moves led by the British Medical Association (BMA) to decriminalise abortion completely.

Under the 1967 Abortion Act, terminations were made legal for the first time in limited circumstances, with the agreement of two doctors. In practice this has meant that it has not usually been difficult to get an abortion in the first 6 months of pregnancy.

The panel was split between Claire Fox, Director and founder of the think tank the "Institute of Ideas", and The Economist journalist Anne McElvoy on one side and Dr Giles Fraser, Church of England vicar and Guardian columnist, and Tim Stanley, Columnist and leader writer for the Daily Telegraph.

Dr Greasley was joined as witness by Professor Wendy Savage, a retired gynaecologist and a campaigner for women's rights, Aisling Hubert, from the pro-life campaigning organisation the Centre for Bio-Ethical Reform, and Ed Condon, Catholic canon lawyer and writer for the Catholic Herald.

The show, which was hosted by UCL Laws, began with a focus on the point at which human life began with Ms Hubert arguing it was at the point of fertilisation. "I believe every person irrespective of age deserve the right to life," he said. Asked if he believed abortion should be illegal, she said: "Absolutely."

Professor Savage argued that abortion should be decriminalised. "It should be a medical matter…I think it is now time to stop abortion being made a crime," she said.

Dr Greasley told the panel that she believed there was no decisive moment when "personhood just snaps into existence." She added: "I don't think it is plausible to think it happens in this way. It's more like the gradual fading in of a property, the same way as day fades into night."

In defining personhood, she said it was "wrapped up in psychological characteristics, most importantly self-consciousness. I don't think something is plausibly a person if it's not self-conscious. These properties themselves don't snap into existence. They come about quite gradually."

Dr Fraser endorsed her definition but added that this made it difficult for lawyers. She agreed: "For legal purposes, the law can't just say there's this vague area where it's starting to happen. The law needs to be clear, workable, useable, practisable and that's going to partly inform what a legal threshold is like."

She challenged the way in which both sides of the debate used foetal or women's rights, saying it obscured the key philosophical issues in public debate. "The bottom line is women have very serious interests in getting abortions, sometime procreative control interests, bodily autonomy. If abortion is morally permissible, it is unjust to deny them of that."

Dr Kate Greasley is a lecturer in the UCL Faculty of Laws, who specialises in the ethics of abortion, said: "It was extremely interesting to observe how this topic is discussed in the public arena. The spirited discussion at the end of the event highlighted the need for clarity about the law and cogency in the ethical arguments - vitally important when reflecting on our current abortion policies."

The show recorded on Monday night at The Goodenough College, Mecklenburgh Square.