Self-esteem mapped in the human brain

A team of UCL researchers has devised a mathematical equation that can explain how our self-esteem is shaped by what other people think of us, in a new study published in the scientific journal eLife. 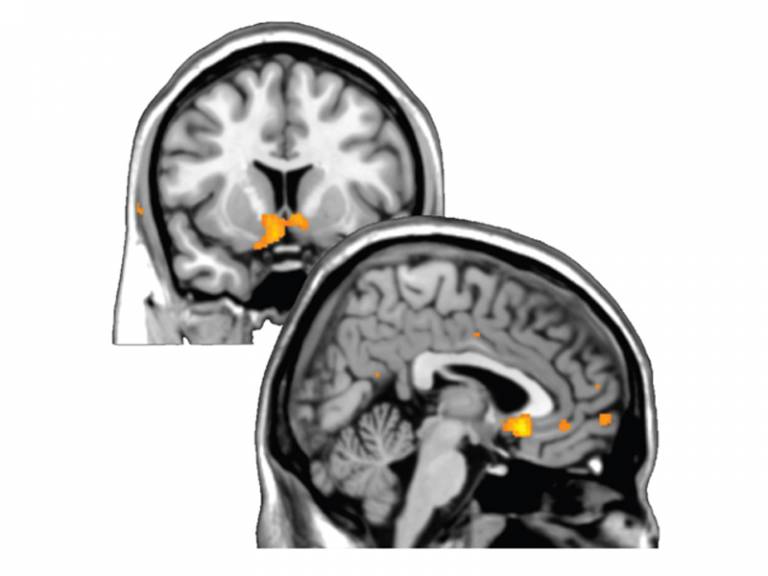 The researchers used the new equation to identify signals in the human brain that explain why self-esteem goes up and down when we learn other people's judgments of us. They say the findings could help identify people at risk of psychiatric disorders.

"Low self-esteem is a vulnerability factor for numerous psychiatric problems including eating disorders, anxiety disorders and depression. In this study, we identified exactly what happens in the brain when self-esteem goes up and down," said the study's lead author, Dr Geert-Jan Will (Leiden University and Max Planck UCL Centre for Computational Psychiatry & Ageing Research).

"We hope that these findings inform our understanding of how mental health problems develop, which may ultimately improve diagnostic tools and treatments," he said.

For the study, 40 healthy participants did a social evaluation task while in an MRI scanner. After uploading a profile to an online database, they received feedback, ostensibly given by 184 strangers (actually an algorithm), in the form of a thumbs-up (like) or thumbs-down (dislike). The 'strangers' were in different groups so that participants learned to expect positive feedback from some groups of raters, and negative feedback from other groups. After every 2-3 trials, participants reported on their self-esteem at that moment.

Participants expected to be liked by 'strangers' in the groups that mostly gave positive feedback, so when they received a thumbs-down from a person in that group, their self-esteem took a hit. These social prediction errors - the difference between expected and received feedback - were key for determining self-esteem.

"We found that self-esteem changes were guided not only by whether other people like you, but were especially dependent on whether you expected to be liked," Dr Will said. 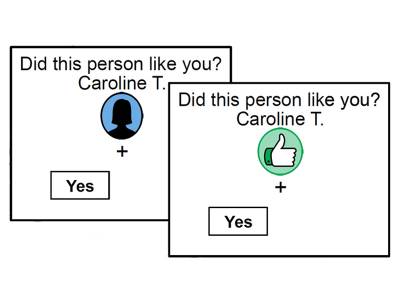 The research team developed a model of the neural processes at play when appraisals impact self-esteem, finding that social prediction errors and changes in self-esteem resulting from these errors were tied to activity in parts of the brain important for learning and valuation.

The researchers then combined their computational model with clinical questionnaires to explore the neural mechanisms underlying vulnerability to mental health problems. They found that people who had greater fluctuations in self-esteem during the task also had lower self-esteem more generally and reported more symptoms of depression and anxiety. People in this group showed increased prediction error responses in a part of the brain called the insula, which was strongly coupled to activity in the part of the prefrontal cortex that explained changes in self-esteem. The researchers hypothesise that such a pattern of neural activity could be a neurobiological marker that confers increased risk for a range of common mental health problems.

"By combining our mathematical equation for self-esteem with brain scans in people as they found out whether other people liked them, we identified a possible marker for vulnerability to mental health problems. We hope these tools can be used to improve diagnostics, enabling mental health professionals to make more specific diagnoses and targeted treatments," said Dr Robb Rutledge (Max Planck UCL Centre for Computational Psychiatry & Ageing Research).