Slow internet speeds and the Internet 'rush hour' - the peak time when data speeds drop by up to 30% - could be history with new hardware designed and demonstrated by UCL researchers that provides consistently high-speed broadband connectivity. 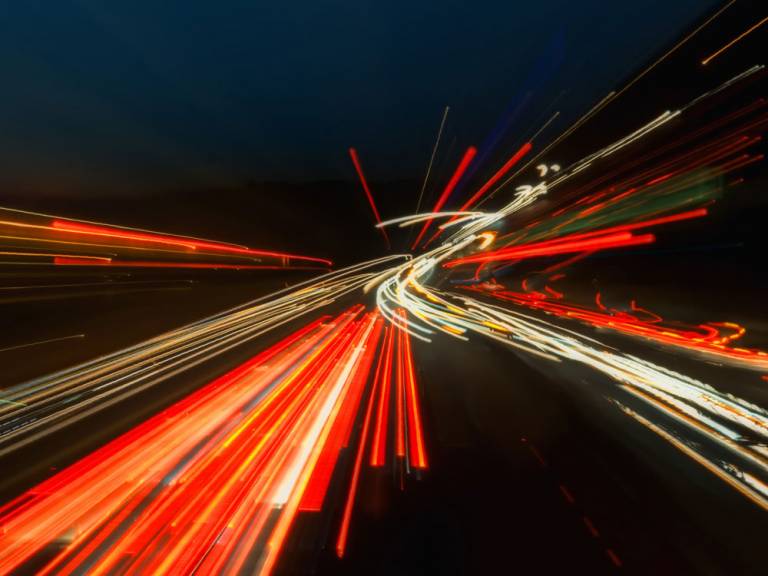 The new receiver technology enables dedicated data rates at more than 10,000 megabits-per-second (Mb/s) for a truly super-fast, yet low-cost, broadband connection to every UK home.

"UK broadband speeds are woefully slow compared to many other countries, but this is not a technical limitation. Although 300 Mb/s may be available to some, average UK speeds are currently 36 Mb/s. By 2025, average speeds over 100 times faster will be required to meet increased demands for bandwidth-hungry applications such as ultra-high definition video, online gaming, and the Internet of Things," explained lead researcher Dr Sezer Erkılınç (UCL Electronic & Electrical Engineering).

"The future growth in the number of mobile devices, coupled with the promise of 5G to enable new services via smart devices, means we are likely to experience bandwidth restrictions; our new optical receiver technology will help combat this problem."

For the study, published today in Nature Communications and funded by the EPSRC UNLOC Programme and Huawei Technologies, scientists from the UCL Optical Networks Group and the University of Cambridge developed a new, simplified receiver to be used in optical access networks: the links connecting internet subscribers to their service providers.

"To maximise the capacity of optical fibre links, data is transmitted using different wavelengths, or colours, of light. Ideally, we'd dedicate a wavelength to each subscriber to avoid the bandwidth sharing between the users. Although this is already possible using highly sensitive hardware known as coherent receivers, they are costly and only financially viable in core networks that link countries and cities.

"Their cost and complexity has so far prevented their introduction into the access networks and limits the support of multi‑Gb/s (1 Gb/s=1000 Mb/s) broadband rates available to subscribers," said co-author and Head of the Optical Networks Group, Professor Polina Bayvel (UCL Electronic & Electrical Engineering).

The new, simplified receiver retains many of the advantages of coherent receivers, but is simpler, cheaper, and smaller, requiring just a quarter of the detectors used in conventional receivers.

Simplification was achieved by adopting a coding technique to fibre access networks that was originally designed to prevent signal fading in wireless communications.. This approach has the  additional cost-saving benefit of using the same optical fibre for both upstream and downstream data.

"This simple receiver offers users a dedicated wavelength, so user speeds stay constant no matter how many users are online at once. It can co-exist with the current network infrastructure, potentially quadrupling the number of users that can be supported and doubling the network's transmission distance/coverage," added Dr Erkılınç.

The receiver was tested on a dark fibre network installed between Telehouse (east London), UCL (central London) and Powergate (west London). The team successfully sent data over 37.6 km and 108 km to eight users who were able to download/upload at a speed of at least 10 Gb/s. This is more than 30 times faster than the fastest broadband available in the UK, today.

"BT Openreach recently announced that fibre access is a key focus and must improve. With high-capacity broadband a priority for the UK government, we will be working to reduce the electrical power requirements of this technique to make this commercially viable in the nearest future. We believe that it has real potential to provide high-speed broadband connectivity to every home, which will support the growing digitally enabled economy in the years to come," concluded Professor Bayvel.