A UCL academic with an illustrious Chinese ancestry has forged new links with China's top university by designing a course that will help teach future potential leaders from the West about China's history and culture. 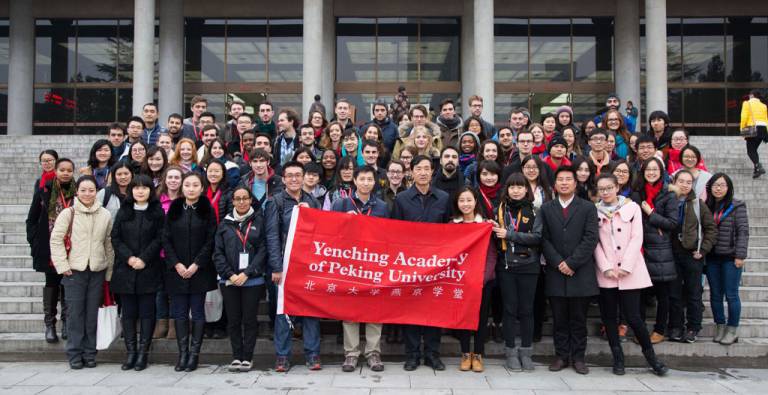 Dr Vivienne Lo, daughter of Kenneth Lo, the famed cookery writer and restaurateur who introduced Chinese cuisine to Britain in the 1950s, and the great granddaughter of a former Chinese ambassador to the UK, is to fly to Peking University (PKU) next month to finalise plans for the course.

Designed for top graduates from all universities around the world, it will be based at PKU's Yenching Academy. The Yenching programme is seen as the Chinese equivalent of Oxford's Rhodes Scholarship, which has taught eight state leaders including Bill Clinton and Australian PM's Bob Hawke and Tony Abbott.

"It's about training tomorrow's leaders in the historical and contemporary cultures of China," said Dr Lo, a senior lecturer at UCL who is a visiting professor at PKU, senior lecturer in UCL History and convenor of the UCL China Centre for Health and Humanity. "They provide bursaries for the best applicants worldwide with guaranteed places for key universities such as Oxford and UC Berkeley."

Lo, whose father graduated in English from the former Yenching University (now PKU), started out his career as a Chinese diplomat in Liverpool went on to write more than 40 cookery books selling more than 1m worldwide, said it was vital to build links with China, warning that the UK risked losing economic and cultural benefits If it adopted a cold war mentality.

"In order to understand global futures, you have to understand the history of China as interconnected with the rest of the world, and not as an isolated empire or nation. The whole dynamic of the globe is changing. China has emerging solutions to global problems and it's really important that we keep apace of them," said Dr Lo, whose many publications focus on the history of food and medicine, especially on the Silk Roads.

The course, for about 160 students of which about a third are Chinese, aims to bring together "outstanding international" students from abroad and China to "shape a new generation of global citizens with a nuanced understanding of China and its role in the world."

The course designed by Dr Lo will enable students to learn about medical ethics, philosophy and history in China, ecocities, and global health issues in a country that is home to 1.38bn people, using film, arts, literature and social media to gain insights into these issues.

"It's an interdisciplinary approach to health that combines history, anthropology, architecture and the social sciences together with literature art and film," said Dr Lo.

"There are questions such as whether China has really produced a health miracle? All the evidence suggests that there has been a huge improvement in health over the last thirty years. Even in the last decade child mortality statistics for the under-fives outstripped the Millennium Development Goals, and people are living significantly longer. And it's not only the increase in wealth, and better education, there are improvements even among minority groups. it's the way they can do things quickly because they have targeted health policies and life-saving interventions imposed top-down. But still there are still major regional disparities, so we have much to learn from each other."

Dr Lo is also masterminding a dual degree programme with PKU in medical humanities where Chinese undergraduates will come to UCL for their final year in a five-year programme, so that they graduate with an undergraduate degree from PKU and Master's degree from UCL.

For Dr Lo, the new partnership reflects her dual Chinese-British ancestry. Her father, Kenneth Lo, left Yenching University in Beijing to take an MA in English literature and Classical Chinese at Cambridge, before settling in Britain at the age of 23 and marrying his British wife Anne in 1954.

As a young diplomat in Liverpool and Manchester, one of his tasks was to represent legally the gangs of Chinese seaman and simultaneously keep them under control, famously negotiating an entente in one violent dispute over prostitution by bringing the warring Chinese and Caribbean gangs together over a Chinese meal.

A brilliant tennis player who was North China champion and played for the China Davis Cup team and won several Wimbledon titles as a veteran, it was in his 40s that he found his fame with food, effectively introducing Britain to Chinese cookery with his 40-plus books, TV shows and cookery school.

He created an innovative menu that became a standard for middle to top range Chinese restaurants in Europe, leading the way with his restaurants Memories of China, that attracted celebrities, politicians and pop stars. He was feted as a cultural ambassador for China by Chinese leaders, who joined him for a game of tennis on his return home in the 80s.

This skill at diplomacy - albeit primarily through food - appears to be in the family genes. His grandfather, Lo Fenglu, was Chinese ambassador to the UK in the 1890s and, notwithstanding having to answer to the court of St James for the Boxer Rebellion, was knighted by Queen Victoria for his services to British-Chinese diplomacy.

Lo Fenglu who was among the first cohort of Chinese government sponsored students to come to the UK studied navigation at Greenwich Naval College, and Philosophy and mathematics at London University. He appears to have become something of a celebrity on the Victorian social circuits. Hanging on Dr Vivienne Lo's wall in her north London flat is a framed copy of the silk pantomime programmes of performances of Aladdin put on in his honour in Manchester and Liverpool. There were even cigarette cards commemorating his visits.

Not that the family ancestry stops there. Her father's cousin Chen Daisun was a professor of economics at PKU from 1953 to 1970, and a bronze statue stands in the garden on the old Yenching campus, close by the new Yenching Academy, where he lived until the end of the twentieth century. Despite being in a high-profile academic position Professor Chen masterfully survived all the political vicissitudes of the twentieth century to participate in the ceremonies celebrating the return of Hong Kong. His father was the tutor of the last Chinese emperor Puyi.