James Ashcroft graduated with a first from UCL and studied on the Masters programme at Yenching Academy. 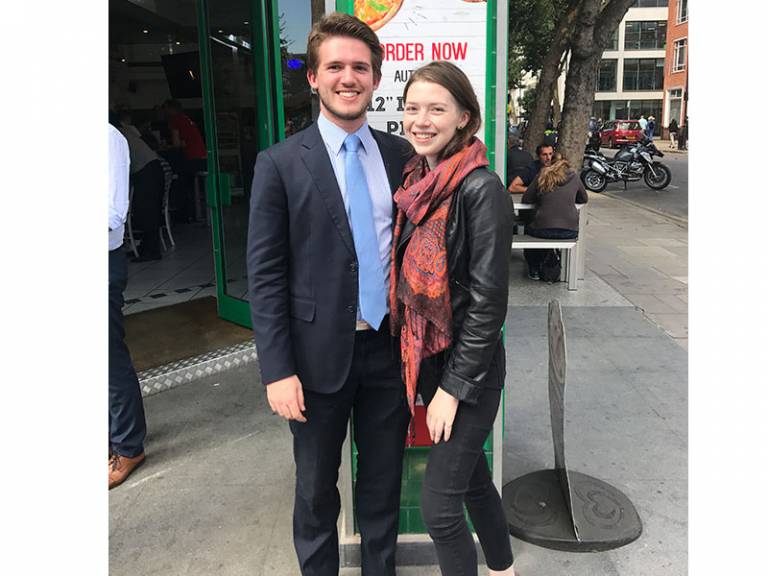 Honey Watson, who also graduated with a first from UCL and did the Masters programme

What made you choose to study in China?

The opportunity to study and live in what will likely prove to be the most influential country in the 21st century with some of the best students from all over the world was simply impossible to turn down.

What do you feel you have got from it?

Very many things, but one of the most enduring takeaways will be my understanding that China is not as alien as many imagine it to be. It is a maddening, exhilarating, frustrating and fascinating place; in countless respects, it is truly very different, but there remains a great deal that the country holds in common with our own. Any programme that gives its students an opportunity to advance the mutual understanding between the people of China and the rest of the world is a force for good in our time.

What insights has it given you into China?

That I will never understand it all, but it is the most interesting country I've ever visited and that alone is reason enough to keep trying!

How useful do you believe it will be in the future and in what way?

I don't believe this is an inevitable outcome of the experience (after all, the programme is principally taught in English), but studying at The Yenching Academy of Peking University has me hooked on Mandarin for life and that can't be a bad thing! I recently had lunch with a friend of mine in Beijing and I assured him that my next visit to the city would not be on a tourist visa. I'm very serious about that.

What made you choose to study in China?

I had actually planned to apply for an MA in Chinese History at UCL. Having made this decision, I was bemoaning to Vivienne Lo that I felt I would never really have a grasp on China without Mandarin when she said, matter-of-factly, "go to china!". Before that moment I had never even conceived of such a giant shift in my environment... but in a strange way the simplicity of the instruction betrayed the possibility, and even inevitability, of it. I was hooked, and Yenching was serendipitously opening for applications a month or so later.

What do you feel you have got from it?

A new language, and what I imagine will be a lifelong obsession. Upon arriving in China I had intended to pursue a masters in History. However, in a course I took almost incidentally in modern Chinese literature I found myself so utterly taken by the books prescribed that I was actually pacing the library while reading them. I am now a doctoral candidate in Comparative Literature focusing on Chinese Science Fiction.

What insights has it given you into China?

The insight that the more capacity one has to understand the China the more one realises one will never quite understand China.

How useful do you believe it will be in the future and in what way?

This depends entirely on the question of how 'useful' a doctoral thesis in Chinese Sci-Fi turns out to be...

How important do you believe such links/courses are - and why?

Immensely important. I could easily have spent my entire life in anglophone academic institutions and never have known the frustration, the absolute magic of discovering something entirely alien, and falling in love with it.