People excluded from mainstream society in high-income countries have a tenfold increased risk of early death, according to research from UCL, homeless health charity Pathway and an international team of experts. 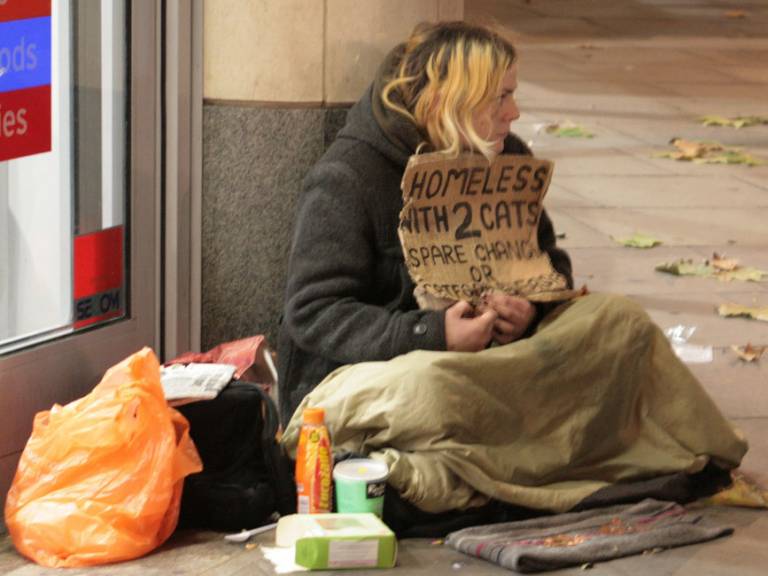 The researchers found the mortality rate among socially excluded groups including homeless people, people who sell sex, prisoners and people who use hard drugs, was nearly eight times higher than the population average for men, and nearly 12 times for women. By comparison, mortality rates for 15-64 year olds living in the poorest areas of England and Wales are 2.8 times the rate of those living in the richest areas for men and 2.1 times the rate for women.

The two papers, published today in The Lancet journal, highlight the extreme rates of death and disease faced by excluded people and lay out clear evidence for interventions that can help save lives and prevent people from finding themselves in such desperate situations.

The first paper shows that excluded people are more likely to be murdered or take their own life, but also more likely to die from accidents, overdoses, infectious diseases, cancers, liver disease, heart problems and respiratory diseases. In total, researchers analysed data from 38 countries with the UK, USA, Sweden, Australia and Canada providing the highest amount of data.

The lead author of the first paper, Dr Robert Aldridge (UCL Institute of Health Informatics) said: "We know that excluded populations suffer from lack of access to basic healthcare, but this new research shows the frightening extent of the problem: it's much worse than we thought. People experiencing homelessness, those with drug addictions, prisoners and those who sell sex are far more likely to develop serious health problems and die early."

Professor Andrew Hayward (UCL Institute of Epidemiology and Healthcare), senior author of the first paper, added: "It is no surprise that socially excluded groups have poor health outcomes but the extent of the disparities in wealthy countries is an affront to our values. Socially excluded groups are the canaries in the mine - they point to something toxic in our society.

"Extreme social exclusion affects at least half a million people in England every year, but the true figure is likely to be much higher, as national datasets do not ask about these problems. Exclusion, and its health consequences, often result from many years of multiple problems such as poverty, adverse experiences and psychological trauma during childhood."

The second paper outlines a range of interventions that work to help excluded people including drug treatment, case management, and psychological therapies. Broader work to tackle poverty, unemployment and housing problems can also prevent social exclusion but have been less well studied for their health effects.

"Our research shows how best we can support the most excluded. We urgently need investment and co-ordination between government, health services and social care providers to deliver high-quality comprehensive services in the community, on the streets and in institutional settings such as prisons and hospitals. Supportive values include providing time, building trust, promoting accessibility, fairness and equality. The inequity we have shown is preventable," said Ms Serena Luchenski (UCL Institute of Health Informatics & Pathway Public Health Fellow), lead author of the second paper.

Dr Nigel Hewett, Medical Director of Pathway, Secretary of the Faculty for Homeless and Inclusion Health, and senior author of the second paper added: "There are already examples of teams working together in the integrated way that is supported by this research. These include GP and nurse led Pathway homeless teams working in hospitals, and other services who take health care to people in hostels, drop-in centres and on the streets. The challenge in the UK is that health, housing and social care are overwhelmed by austerity and find it difficult to develop the capacity to work collaboratively."

The researchers also highlight previous studies which have shown that "housing first models", which give people a stable place to live before addressing addiction or mental health problems, can be effective in improving health and social outcomes and reducing crime.

"The single most important thing we can do to prevent social exclusion is to tackle poverty, particularly amongst children. This is the key structural driver of homelessness and the other forms of social exclusion considered in these papers," said Professor Suzanne Fitzpatrick, Director of the Institute for Social Policy, Housing and Equalities Research (I-SPHERE) at Heriot-Watt University and co-author on the second paper.

"In the UK that means, at a minimum, rolling back the current programme of welfare reform cutbacks that are set to drive child poverty up substantially in the coming years. Social housing plays a vital role in mitigating the worst effects of poverty for many families, but there is a desperate shortfall. Theresa May's recent announcement of 5,000 extra social homes per year in England is welcome but nowhere near enough."