The secrets of the "ideal" open plan office revealed

What makes the ideal open-plan office? Researchers at UCL have used data analysis, video observation and surveys to study how we interact at work and come up with an answer. 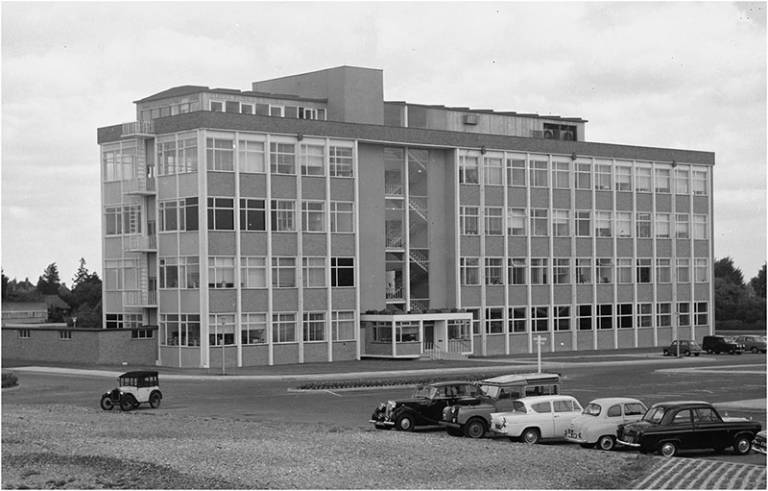 First, you need open space or a walkway where staff can move around the office but this needs to be linked to areas where staff can chat and also engage those who might walk past in conversation if only for 30 seconds.

Such creative interaction is one of the key benefits of open plan offices, according to space syntax analysis that scientists at UCL Bartlett School of Architecture used to measure the effectiveness of staff at one of Britain's top advertising agencies.

However, staff also need quieter contemplative zones for writing or reading reports, which should be separated from the "fly-by" creative conversation areas, said Professor Alan Penn, Dean of the Bartlett Faculty of the Built Environment, who disclosed the findings at yesterday's (Tues) UCL's weekly lunchtime lecture.

One of the best examples of creative interplay in action was found at the Laboratory of Molecular Biology in Cambridge which has produced more Nobel prize-winners in chemistry or medicine from a single building than all of France.

The building had knocked through areas between the laboratory bays which were adjacent to a corridor. "What we observed is that people walking around would stop and join a conversation in a door of a laboratory," said Professor Penn.

"What was going on was that conversations inside the laboratory were next to where the large scale movement along the corridor. That led to discussions between research groups. Proof of that interplay was evident at meal times. The groups around the tables were mixed from all groups. You got inter-disciplinary interactions taking place."

By contrast, Bartlett researchers also studied the Cancer Research UK laboratory in Lincoln Fields, London, where the design was less conducive to interaction which meant scientists were less likely to mix at meal times.

Bartlett researchers were also called into the ad agency behind the Tango ads, which included Tango-ing John Major, to come up with a solution for the lack of interaction between an office on part of its fourth floor and the rest of the company on the fifth floor.

Their study included an analysis of how useful staff were perceived as being, which was directly related to how much they were seen on the open plan office floor. "With a few exceptions (such as with top executives), never being seen means you are found less useful," said Professor Penn.

It was combined with videoing staff to see how they inter-acted. What they found was that staff "recruited" other employees into conversations as they walked past them. "A very large proportion of work-related conversations lasted 30 seconds or less; 80% of those occurred by someone walking past someone who recruited them into a conversation," said Professor Penn. "It was unplanned. All organisational theory says you have to plan everything but that's a very small part of the real way organisations function. They function by supporting these random bumping into people and that's where space becomes involved."

"If you have an open plan system that doesn't let people recruit people like some of these cubicle farms, then you get all of the disruption and all of the noise but none of the benefits of recruiting people.

"We have done this for a range of building types. What we found is that the average usefulness of staff to each other is related to how spatially integrated the floor plan is. If you have a floor plan were spaces are isolated from each other, it reduces how useful the human resources are to each other. And, of course, in most organisations, the bulk of the cost is salaries."

The solution for the ad agency was to turn the fourth floor space into a "padded cell" where staff were encouraged to leave their mobile phones outside and not to talk so that staff could concentrate on quiet thinking, writing or reading.

"The bottom line is that most work consists of various different tasks. There are activities which are contemplative where you get on with your own thinking or written material and don't want to be disturbed by other people's conversations."

Architects needed to recognise that companies and organisations were complex and not a single function that could be accommodated by a single open-plan design, said Professor Penn.

In the British Museum, where they analysed staff, there were two types - the "nomads" from the directorate, exhibitions, retail and education who did not need a fixed based and the more territorial "agrarians" who were the curators of the ancient artefacts and had a fixed base - both of which had to be accommodated into the floor design.

There was also scope for radical rethinking by office planners. "It's not reasonable to say isolated spaces are the sole privilege of the boss because sometimes the PA needs to get on with their work. In fact, bosses spend more time on interaction. There's an argument for putting the boss into the open plan and the secretary or PA into the office."