"Gaming for good" at the Science Museum with Sea Hero Quest

Visitors to the Science Museum's Lates event had the chance to "game for good" and contribute to essential dementia research when they met Dr Hugo Spiers and the team behind Sea Hero Quest. 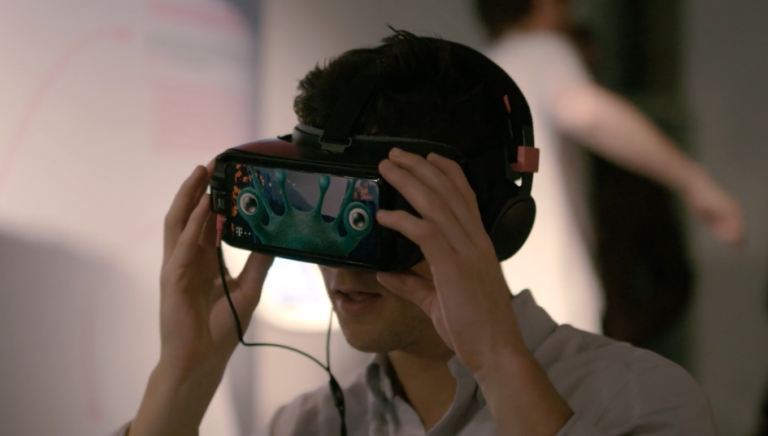 Loss of navigation skills is an early symptom of dementia. In the game, players undertake a series of navigational challenges. The data generated by the game is then used by the research team to understand how spatial navigation works and to create the world's largest benchmark of how humans navigate. This benchmark will ultimately lead to quicker dementia diagnoses.

In addition to the highly successful mobile platform, the team has recently developed a virtual reality (VR) version. Sea Hero Quest VR captures players' subtler behavioural reactions, such as stopping and looking around when they are not sure where to turn.

The Science Museum invited Sea Hero Quest to participate in its October 2017 Lates event. Dr Spiers showcased both the mobile and VR platforms and spoke to visitors about the progress of his team's research. Visitors were shown how Sea Hero Quest has contributed to essential dementia research and learned about the future of the project.

They then had the chance to contribute to the research themselves by playing the game on both VR and mobile platforms.

Dr Spiers said, "The Science Museum Lates are a fantastic way to engage the public with science. Not only to educate them about the challenges facing dementia research, but invite them to make a difference themselves by playing the video game."