This week the spotlight is on Professor Geoff Burnstock, President of the UCL Autonomic Neuroscience Centre, UCL Biosciences. 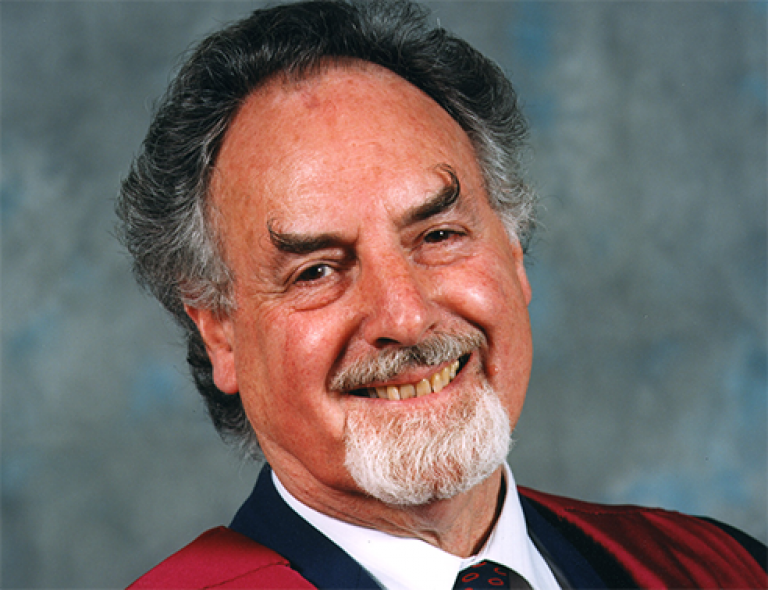 I am currently the President of the UCL Autonomic Neuroscience Centre at the Royal Free campus, but I am now 88 years old and after 42 years working at UCL, I will be returning to Australia on 10 November, where I have been warmly welcomed to continue to work at the University of Melbourne.

I have much enjoyed working with many gifted and charming colleagues at UCL. I am proud to have served on Council and other college and faculty committees, to have focused on translational research, in collaboration with clinicians and the drug industry, to develop several therapeutic drugs.

I hope to continue being creative in the few years that remain. So I say farewell to the many friends I have made at UCL over the years and hope that some of them will visit me in Australia in the future.

The discovery of purinergic signalling in 1970. After initial resistance, it is now widely accepted and major therapeutic applications are arising from the discovery (e.g. clopidogrel for thrombosis and stroke, treatment for dry eye, visceral pain, chronic cough, hypertension, neurodegenerative diseases and cancer).

Also, the personal supervision of 106 PhD and MD students, the award of the Royal Society Queen's Gold Medal in 2000 and that I have 101,396 citations with an h-index of 141 (Google Scholar).

I am currently collaborating with international groups concerned with the role of purinergic signalling in autism, embryological development and obesity.

A true anecdote about a boy of eight who told his mother that he must be dressed as a prawn for a school event. His mother made a vivid costume, but at the event it turned out that he should have been dressed as a pawn, related to the chess theme of the event. Nevertheless, he was cheered for his unique appearance.

That I am a keen wood sculptor and that I was enthusiastic in my youth to be a great flamenco guitar player (although I never succeeded!).

Our beach house in New Zealand.