How RNA formed at the origins of life

A single process for how a group of molecules called nucleotides were made on the early Earth, before life began, has been suggested by a UCL-led team of researchers. 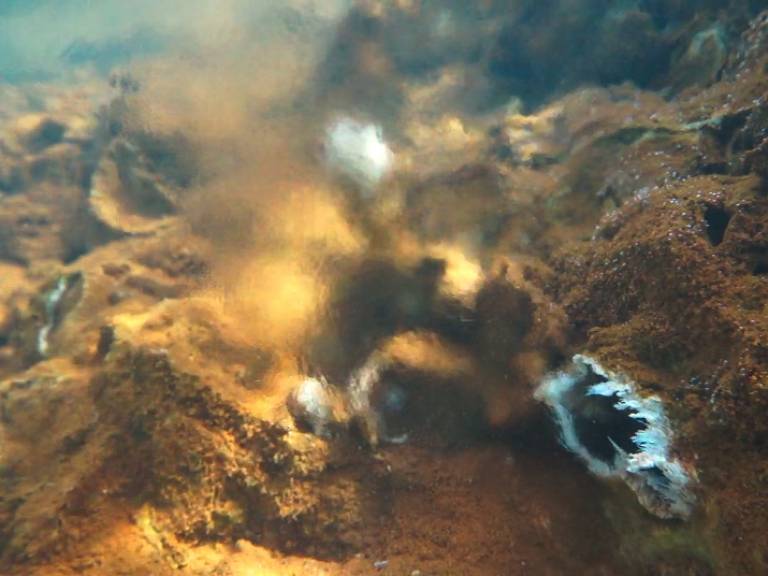 Nucleotides are essential to all life on Earth as they form the building blocks of DNA or RNA, and understanding how they were first made is a long-standing challenge that must be resolved to elucidate the origins of life.

In a study, published today in Nature Communications and funded by the Engineering and Physical Sciences Research Council, the Simons Foundation and the Origins of Life Challenge, researchers from UCL, Harvard University and Massachusetts General Hospital suggest a single chemical mechanism by which both classes of nucleotides - purines and pyrimidines - could have formed together.

Before now, scientists thought that the two classes of nucleotide must have been made separately and under mutually incompatible conditions. This study is the first to show that both purines and pyrimidines can be formed from a common precursor molecule that existed before life began.

"We provide a new perspective on how the original RNA molecules were made and suggest a simple chemical solution for delivering both purine and pyrimidine nucleotides at the origins of life," explained corresponding author, Dr Matthew Powner (UCL Chemistry).

"RNA is the corner stone of all life on Earth and probably carried the first information at the outset of life, but making RNA requires both purine and pyrimidine nucleotides to be simultaneously available. A solution to this problem has remained elusive for more than 50 years."

The team demonstrated how purines and pyrimidine nucleotides can both be assembled on the same sugar scaffold to form molecules called ribonucleotides which are used to construct RNA.

"The mechanism we've reported gives both classes of molecule the same stereochemistry that is universally found in the sugar scaffold of biological nucleic acids, suggesting that 8-oxo-purine ribonucleotides may have played a key role in primordial nucleic acids," said Dr Shaun Stairs (UCL Chemistry), first author of the study.