Treating people who start HIV treatment late with a package of low-cost drugs to prevent serious infections saves three lives for every 100 people treated, according to the findings of a trial led by the Medical Research Council (MRC) Clinical Trials Unit at UCL. 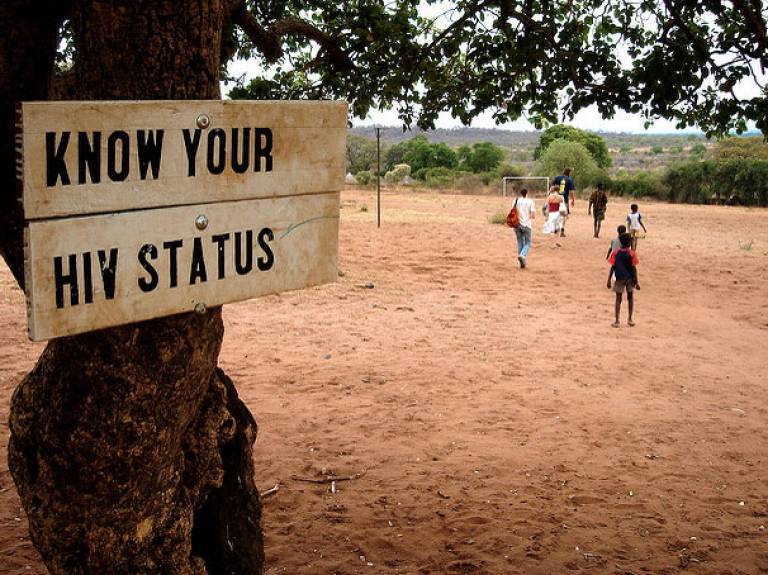 The results from the REALITY trial, which involved 1805 adults, teenagers and children from Kenya, Malawi, Uganda and Zimbabwe and was funded by the MRC, the Department for International Development (DFID) and Wellcome, are published today in the New England Journal of Medicine.

Current practice in Africa is to start HIV treatment together with one antibiotic, cotrimoxazole, to prevent a range of infections. But when people start treatment
late, HIV has already caused severe damage to the immune system and patients have very low numbers of an important blood cell (called CD4 cells) that fights infections. All of patients in the REALITY trial had under 100 CD4 cells per cubic millimetre of blood when the range in healthy people is between 500 and 1500.

The researchers recommend that people in Africa starting HIV treatment with low CD4 counts should be given the enhanced prevention package for the first 12 weeks of HIV treatment.

Around one in five people starting HIV medicines in low-income countries have CD4 counts under 100 when they start treatment. People living with HIV with low CD4 counts are at high risk of developing serious illnesses after starting HIV treatment and around one in ten will die within the first few weeks of starting treatment because their immune systems cannot recover fast enough.

The REALITY trial looked at ways to reduce these deaths in the early stages of treatment. One of the strategies it tested was to prevent infections caused by bacteria and fungi by using an extra package of drugs including a TB drug (isoniazid), an antifungal (fluconazole), an antibiotic (azithromycin), and an anti-worm drug (albendazole), in addition to routine cotrimoxazole.

The prevention package of anti-infection drugs reduced deaths and HIV-related illnesses. Six months after starting HIV treatment, nine out of every 100 patients taking the extra anti-infection drugs had died, compared with 12 out of every 100 patients taking just cotrimoxazole and HIV treatment. Thus the package saved at least three lives for every 100 people taking it, a relative reduction of 25%.

"Because many people with HIV in Africa do not start anti-HIV drugs until their immune system has been badly damaged by the disease, they are at a high risk of dying within the first few weeks of treatment," explained Professor Di Gibb (MRC Clinical Trials Unit, UCL). "We found that not only did this additional drugs package prevent early deaths among people starting HIV treatment with low CD4 counts, but that it also reduced the numbers of severe AIDS illnesses and hospital admissions."

Professor James Hakim from the University of Zimbabwe, said: "Another important result we saw was that although the average CD4 count among the 1805 people starting treatment in REALITY was only 36 cells per cubic millimetre, which is very low, half of them had either no symptoms or only very minor ones. This shows the importance of measuring CD4 counts before starting HIV treatment, as there is no other way to identify many who would benefit from this package."

The drugs used in the enhanced drugs package are all relatively low cost. The total cost ranged from £5 in Kenya to £26 in Zimbabwe. Taking the minimum drug costs across the countries involved in the trial, the drugs package was about £4 more expensive than the standard cotrimoxazole drug costs (£4.34 vs £0.59). Health economists conducted an analysis which showed that the package was highly cost-effective in all of the countries involved in the trial.