Rates of psychosis can be close to eight times higher in some regions compared to others, finds a new study led by researchers at UCL, King's College London and the University of Cambridge. 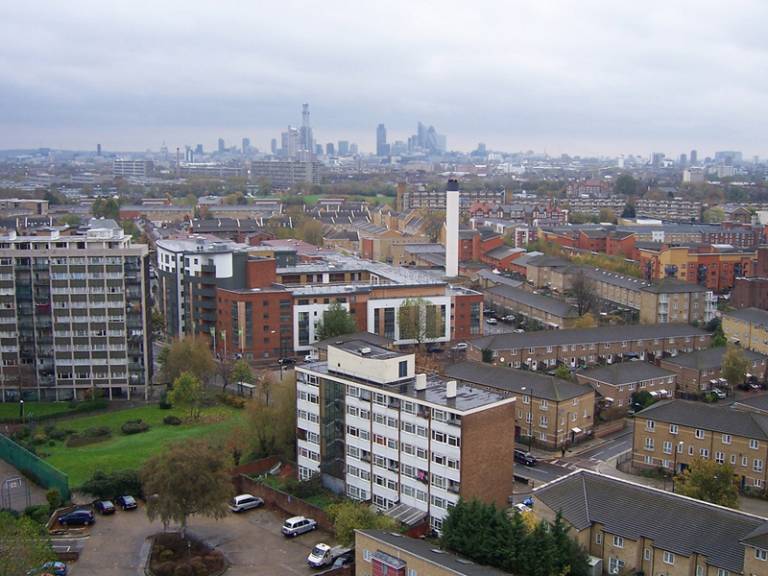 The study, published today in JAMA Psychiatry, was the biggest international comparison of incidence of psychotic disorders, and the first major study of its kind in more than 25 years.

"It's well-established that psychotic disorders, such as schizophrenia, are highly heritable, but genetics don't tell the whole story. Our findings suggest that environmental factors can also play a big role," said the study's lead author, Dr James Kirkbride (UCL Psychiatry).

"We need more in-depth research to understand why people in some areas may be at greater risk of developing a psychotic disorder, which could help us understand the roots of the condition and guide health care planning," he said.

The authors estimated the incidence of psychotic disorders across 17 areas in six countries - the UK, France, Italy, the Netherlands, Spain and Brazil - using comparable methodology. Their data was drawn from people aged 18-64 who contacted mental health services after a suspected first psychotic episode, which included 2,774 incident cases in total.

They found the overall incidence of psychotic disorders to be 21.4 per 100,000 person-years, but discovered wide variations between different areas, from a low of 6.0 per 100,000 person-years in the rural area around Santiago (Spain), to a high of over 45 in inner-city Paris and Southeast London. This variation could not be explained by differences in the age, sex and ethnic composition of the population across these areas.

To reduce the likelihood that differences in treatment-seeking behaviour between regions skewed the results, the researchers encouraged case detection in the survey areas to be as comprehensive as possible.

"Areas with higher rates of owner-occupied housing have lower rates of psychosis, which may be linked to social deprivation. People in areas that are socially deprived may have more social stresses, which could predict psychosis incidence, as suggested by other studies. An alternative explanation could be that owner-occupied housing is an indicator of social stability and cohesiveness, relating to stronger support networks," said the study's first author, Hannah Jongsma (University of Cambridge).

In line with previous research, higher incidence of psychosis was also associated with younger age (although the authors also identified a secondary peak in middle age among women), males, and ethnic minorities. A related paper investigating psychosis incidence in a rural region of England, also led by Dr Kirkbride and published last week in JAMA Psychiatry,* found that while people from ethnic minorities are more likely to experience a psychotic disorder, these rates become lower in areas with a high degree of ethnic diversity - both for the majority- and minority-ethnic individuals, potentially suggesting that greater social connections between individuals from different backgrounds is protective against some mental health issues.

The researchers say their findings can be used to help plan mental health services, by identifying which regions could expect greater incidence of psychosis. Some of the researchers have developed a predictive model that is already being put to use by health agencies.

"We can predict with an increasing degree of accuracy what the incidence rates are in a given region based on readily-available demographic data. This can help policy makers plan where to focus resources for the treatment and prevention of psychotic disorders," said co-author Professor Jim van Os (University Medical Center Utrecht).

The findings add weight to previous evidence that environmental factors could play a larger role in causing psychotic disorders than previously believed.

"In the past couple decades, researchers have made a lot of progress in identifying how genes are linked to psychotic disorder. We suggest that we now need to devote more time to researching how environmental and genetic factors can both contribute to psychosis," said joint senior author Professor Craig Morgan (King's College London).

The researchers say that more research is needed to identify causal mechanisms, investigate other risk factors, and study psychosis incidence in other environments such as lower-income countries.

The study was funded by the European Community's Seventh Framework Programme, alongside support from the São Paulo Research Foundation, Wellcome, the Royal Society, and the National Institute for Health Research.