A new drug to delay the spread of ovarian cancer, which was developed from UCL research, has been licensed for use in the UK. 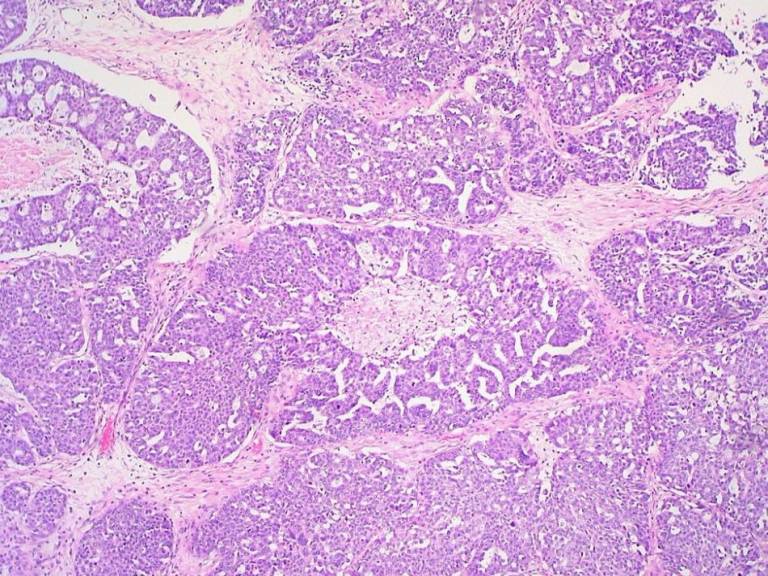 Professor Jonathan Ledermann (UCL Medical Sciences), who led the research, said the drug was a "critical milestone" in managing the disease if the cancer recurs after chemotherapy.

The drug, Niraparib, freezes tumours for months at a time and the aim is to provide women with the most amount of time possible before their disease returns or progresses and they need further treatment with chemotherapy.

"The risk of recurrence in ovarian cancer is high, and once patients relapse, chemotherapy can no longer eradicate the disease. Giving women as much quality time as possible, free from further chemotherapy, is of key importance," said Professor Ledermann.

About 7,400 women are diagnosed with ovarian cancer each year in the UK and approximately 85% will suffer a recurrence of the disease.

The treatment will be available to all women regardless if they have the BRCA genetic mutation, which raises the risk of breast and ovarian cancer.

The drug, which was developed by US pharmaceutical company Tesaro, was licensed by the European Medicines Agency, allowing it to go on sale privately.

The National Institute for Health and Care Excellence (NICE) will review the drug early in 2018 to see it will be made available through the NHS.