A UCL-led research team has identified a rare mutation that causes one family to have unusually low sensitivity to pain. 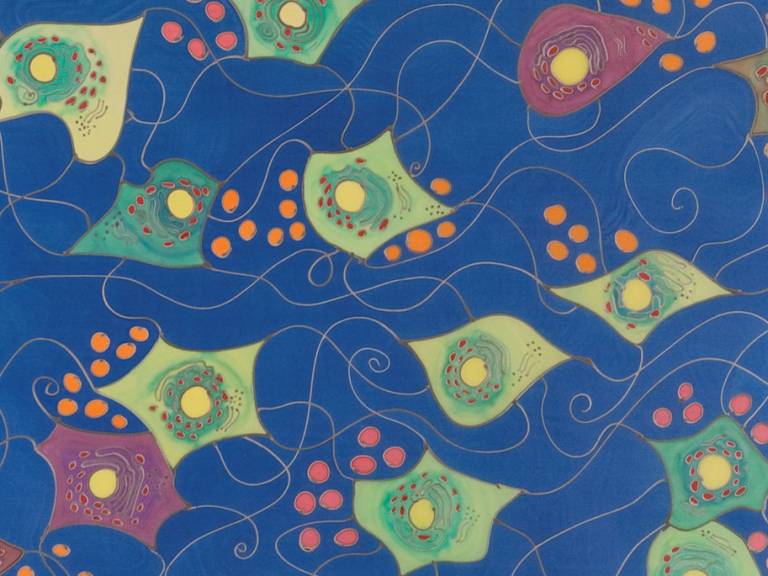 The researchers hope the findings, published today in Brain, could be used to identify new treatments for chronic pain.

They studied an Italian family, the Marsilis, which includes six people who have a distinctive pain response that has not been identified in any other people.

"The members of this family can burn themselves or experience pain-free bone fractures without feeling any pain. But they have a normal intraepidermal nerve fibre density, which means their nerves are all there, they're just not working how they should be. We're working to gain a better understanding of exactly why they don't feel much pain, to see if that could help us find new pain relief treatments," said the study's lead author, Dr James Cox (UCL Wolfson Institute for Biomedical Research).

One in ten people experience moderately to severely disabling chronic pain,* but treatments beyond common painkillers remain elusive. Understanding the causes of congenital analgesia, a rare inherited condition that reduces the capacity to feel physical pain, is one of the main areas of research that could lead to new pain relief therapies.

Two other mutations causing congenital analgesia are being actively explored by researchers alongside pharmaceutical firms, but have yet to yield any breakthrough drugs.

The research team added to previous work with the Italian family to clarify the nature of their phenotype (the observable characteristics caused by their genetics) - named the Marsili syndrome after their surname - finding that they're hyposensitive to noxious heat, hyposensitive to capsaicin (in chilli peppers) and have experienced pain-free bone fractures.

Using DNA from blood samples, the researchers conducted a whole exome sequencing - mapping out the protein-coding genes in the genome of each family member. They identified a novel point mutation in the ZFHX2 gene. The mutation alters a part of the gene's protein sequence that is normally consistent across species as variable as mice and frogs.

The researchers then conducted two animal studies to understand how the gene affects pain sensations in mice. They initially used mice that had been bred with the ZFHX2 gene entirely absent, and found them to have altered pain thresholds. They then bred a new line of mice that had the relevant mutation, and those mice were notably insensitive to high temperatures.

Further analysis of the mice bearing the mutation clarified that the gene regulates a number of other genes that have previously-established connections to pain signalling.

"By identifying this mutation and clarifying that it contributes to the family's pain insensitivity, we have opened up a whole new route to drug discovery for pain relief. With more research to understand exactly how the mutation impacts pain sensitivity, and to see what other genes might be involved, we could identify novel targets for drug development," said co-author Professor Anna Maria Aloisi (University of Siena), who was part of the team that initially identified the Marsili family's distinctive condition.

"One possible treatment may be a gene therapy strategy, if we could find a way to mimic the Marsili phenotype by overexpressing the mutated transcription factor," added co-author Professor John Wood (UCL Wolfson Institute for Biomedical Research).

"We hope that our findings and the subsequent research projects will help find better treatments for the millions of people worldwide who experience chronic pain and don't get relief from existing drugs," said the study's first author, Dr Abdella Habib (Qatar University, College of Medicine), who conducted the study while based at UCL.

The study was funded by the Medical Research Council, Wellcome, and Arthritis Research UK, alongside support from Shionogi, the Alzheimer's Society, Colciencias and the University of Siena.