Using glucose to fuel drug delivery to the brain

A new drug delivery system that autonomously navigates the body using its own glucose molecules has been developed and tested by a UCL-led team of scientists. 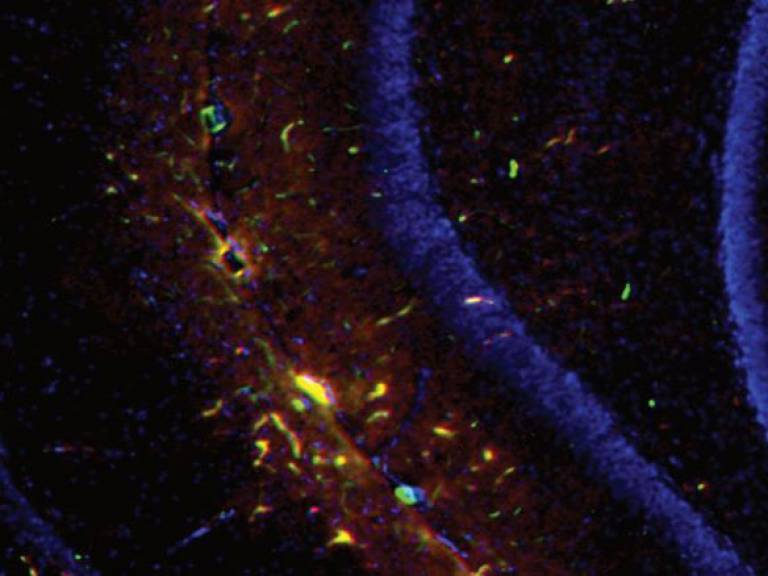 The study, published today in Science Advances and funded by the European Research Council, demonstrates a new propulsion and guidance system for targeting drug delivery to the brain. It is based on 'chemotaxis' whereby organisms naturally move towards or away from specific chemicals.

The system, tested in rats, successfully delivered drugs across the blood-brain barrier which is impermeable to many substances, making the brain difficult to treat. The scientists say it could be adapted to deliver drugs to other areas in the body using other molecules in the body.

"We made tiny particles that can carry drug molecules in the main compartment, but each has a separate sack that sits on the outside of the particle and contains enzymes that use glucose as a fuel to drive movement," explained lead author Professor Giuseppe Battaglia (UCL Chemistry and UCL Chemical Engineering).

"Glucose is present throughout the body but the brain has especially high concentrations. These tiny drug carriers move towards areas where there are high levels of glucose, transforming it into fuel for their own propulsion. This in turn allows them to concentrate at the blood-brain barrier enhancing their crossing into the brain."

The carriers are made from biocompatible materials so don't cause an inflammatory response from the body. Their movement in combination with the blood flow and the tissue architecture allows them to directly access nearly every site of the human body through blood vessels.

Current drug delivery systems use carrier particles with a similar basic structure but because their movement isn't powered, the large majority accumulates in the centre of blood vessels. In contrast, the new carriers can escape the blood flow and accumulate at the vessel wall in the presence of a glucose gradient. This increases the probability to interact with the natural machinery that allows access to the brain increasing considerably the crossing into its interior.

"This is the first demonstration of using chemotaxis for delivering drugs to the brain in vivo. Our approach outperforms current methods by working over a longer distance and delivering more drugs to the target tissue. It has the potential to lower the volume of material used and reduce the number of side-effects experienced," said Dr Giorgio Volpe (UCL Chemistry). 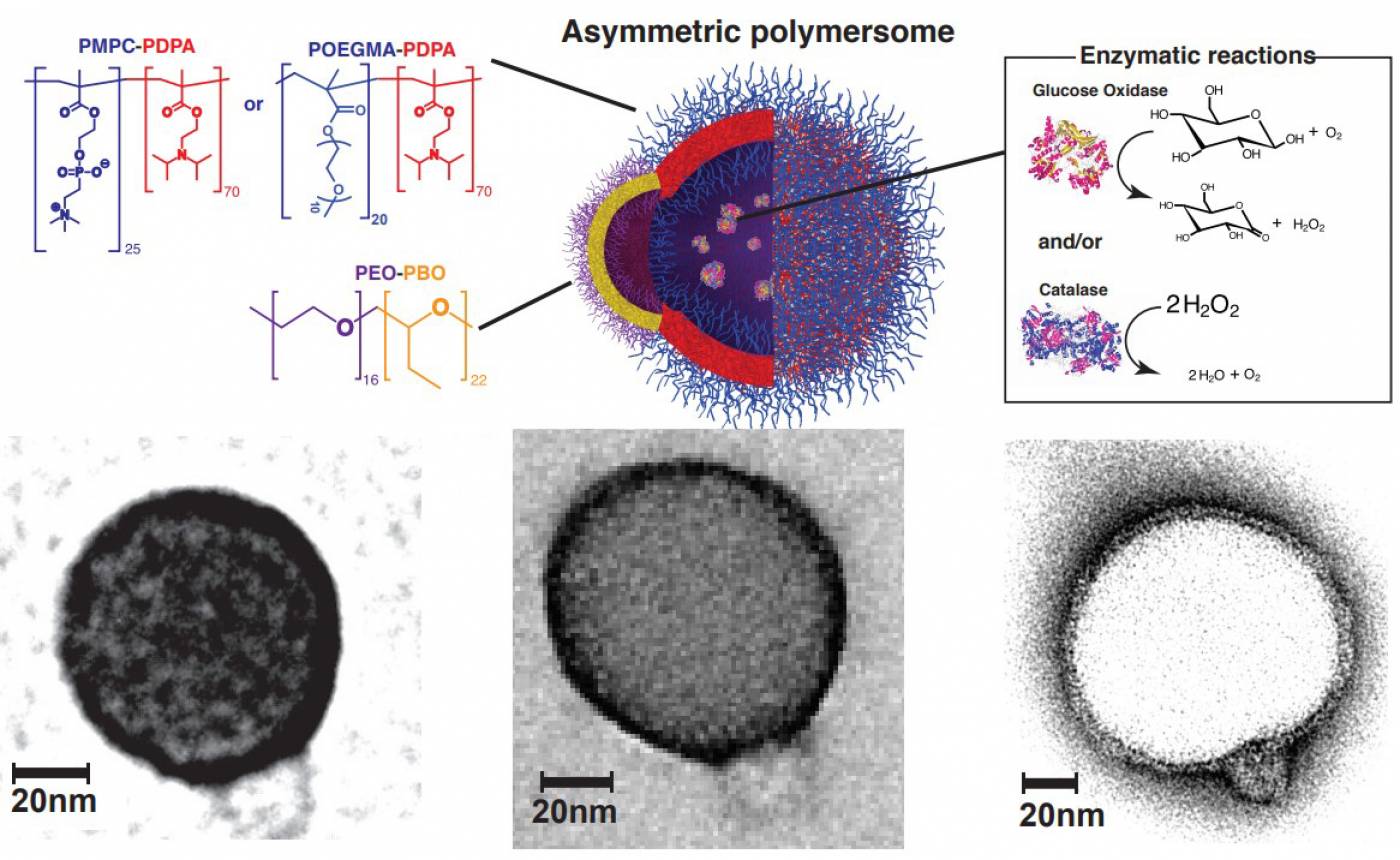 The carriers are made from two types of polymer that self-assemble into asymmetric spheres and this irregularity in shape was found to be important for driving the self-propulsion. The team mapped the movement of symmetrical and asymmetrical carriers in the presence of glucose gradients and found that while the symmetric carriers diffuse randomly, the asymmetric carriers move towards the glucose source.

Tests were conducted to understand the importance of using molecules to target specific brain tissues, as well as the impact of shape and enzymes to drive movement. For this, asymmetric and symmetric carriers were coated with a molecule called LRP-1 targeting peptide Angiopep-2 (LA) and delivered to rats' brains via the bloodstream either with or without enzymes against controls.

The carriers that were asymmetric in shape, coated with LA and delivered using the enzyme powered mechanism performed best, delivering ~25% of the injected dose to brain tissues.

"Our results show the importance of using a carrier particle with an irregular shape, enzyme-glucose fuelled propulsion and a selective molecule coating to target tissues in the brain. We think our system is really flexible as it could be used to carry any drug and with any enzymes to drive motion using molecules found in the body," concluded Dr Denis Cecchin, co-first author of the study.

The team are now working on developing the system for use in humans, with the aim of developing targeted treatments for brain cancer.