Professor Sophie Scott, Deputy Director of the UCL Institute of Cognitive Neuroscience, will explore the unstoppable urge to communicate, perform live demonstrations, and challenge her audience to communicate without words in the 2017 Royal Institution CHRISTMAS LECTURES. 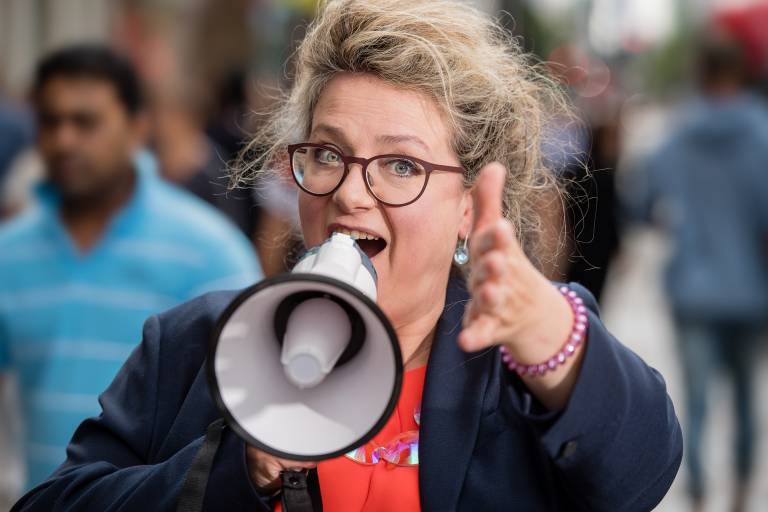 Professor Scott called being chosen to present the Lectures an "enormous honour." She explained, "I don't know a successful scientist today who wasn't inspired as a child by the Royal Institution's CHRISTMAS LECTURES. I grew up watching them with my parents and I now continue the tradition with my son. They're fun and engaging and a great family-focused way to stimulate an interest in science."

Founded in 1825, the Royal Institution's (Ri) CHRISTMAS LECTURES engage children and young adults in scientific research with live demonstrations and involving experiments led by the experts. The Lectures were first broadcast in 1936, making them both the world's oldest science series and a popular annual British Christmas tradition. The Ri's CHRISTMAS LECTURES are broadcast on BBC Four and produced by Windfall Films.

Professor Scott's lectures will examine the whole history of human communication, beginning with our animal ancestors and ending with the modern world. The first lecture will explore the story of how humans found their voice. Next, the second lecture will explore the hidden code of communication, or "everything we say without speaking a single word." The third and final lecture will examine how our thoughts turn into language, and how speech is transformed into the written word, textspeak and Emoji. A live audience of young people will also get involved, challenging themselves to find out how and why humans communicate and to discover the unusual ways we send messages.

Professor Scott is Head of the Speech Communications Group at ICN; her research interests lie in the neural basis of vocal communication, focusing recently on the neuroscience of laughter. She is also a UCL alumna, having received her PhD in Cognitive Science in 1994.

Professor Scott is also a member of the British Psychological Society, the Society for Neuroscience, the cognitive Neuroscience Society and the Experimental Psychology Society. She was elected a Fellow of the Academy of Medical Sciences in 2012 and a Fellow of the British Academy in 2016. She is active in public engagement: she has appeared on the BBC Radio Four programme The Life Scientific, toured with her research with Laughter Lab, and was nominated for a UCL Provost's Award for Public Engagement. She is also prolific on Twitter, having amassed around 16,500 followers to date.

Professor Gail Cardew, Director of Science and Education at the Ri, said: "The Ri and communication are inseparable. We were formed over 200 years ago to communicate science to the public and we continue that mission today, particularly through our inspiring public lectures and education activities. Sophie is a leader in her field and has an amazing talent for enthusing people about her work, so I am really excited by the prospect of her delivering our CHRISTMAS LECTURES this year."

Excitingly, UCL can claim Professor Scott as the third consecutive Ri Christmas Lecturer from its community. Last year's Lecturer Professor Saiful Islam is a UCL alumnus (BSc and PhD Chemistry, Faculty of Mathematical and Physical Sciences) and the 2015 Lecturer, Dr Kevin Fong, is an Honorary Senior Lecturer in Physiology (Faculty of Life Sciences).