Life skills are important for wellbeing in later life

Life skills, such as persistence, conscientiousness and control, are as important to wealth and wellbeing in later life as they are when people are much younger, according to new research led by UCL. 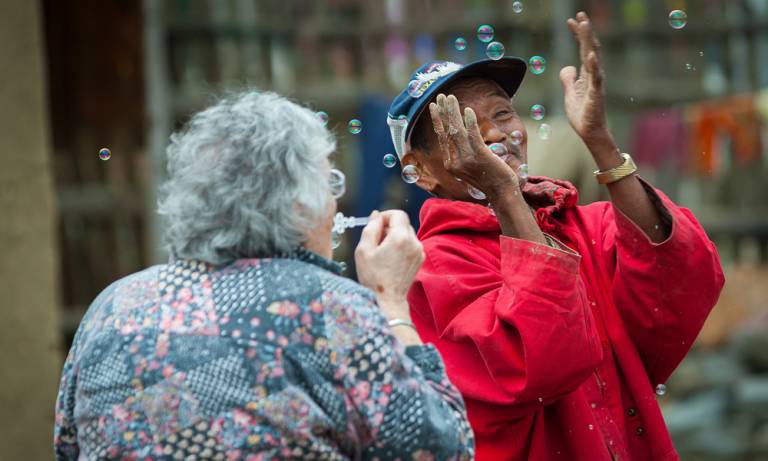 Five life skills - emotional stability, determination, control, optimism and conscientiousness - play a key role in promoting educational and occupational success in early life but little has been known about their importance in later life.

In the study, published in the journal PNAS, the academics looked at the impact of these attributes in over 8,000 men and women aged 52 and older who took part in the English Longitudinal Study of Ageing.

They benefitted from favourable objective biomarkers in the blood including lower levels of cholesterol and of C-reactive protein, a marker of inflammation relevant to a number of different diseases. They also had smaller waistlines, where fat accumulation is particularly relevant to metabolic and cardiovascular diseases, than people with few life skills.

"No single attribute was more important than others. Rather, the effects depended on the accumulation of life skills," said Professor Andrew Steptoe (UCL Epidemiology and Public Health), who co-led the research.

The study found a range of health and social outcomes depending on the number of life skills a person has.  For example, the proportion of participants reporting significant depressive symptoms declined from 22.8% among those with low life skills to 3.1% in those with four or five skills.

Nearly half the people who reported the highest levels of loneliness had the fewest skills, declining to 10.5% in those with four or five attributes. Regular volunteering rose from 28.7% to 40% with increasing numbers of life skills.

In terms of health, the proportion of respondents who rated their health as only fair or poor was 36.7% among those with low life skills, falling to 6% in participants with a higher number of attributes. People with more skills walked significantly faster than those with fewer - walking speed is an objective measure predicting future mortality in older population samples.

Although causal conclusions cannot be drawn from observational studies, the researchers took cognitive function, education and family background into account, ruling them out as being responsible for the outcomes associated with life skills.

"There is research on individual factors such as conscientiousness and optimism in adults, but the combinations of these life skills has not be studied very much before", said Steptoe.

"We were surprised by the range of processes - economic, social, psychological, biological, and health and disability related - that seem to be related to these life skills. Our research suggests that fostering and maintaining these skills in adult life may be relevant to health and wellbeing at older ages."