It has long puzzled scientists why, after 3 billion years of nothing more complex than algae, complex animals suddenly started to appear on Earth.

Now, a team of researchers has put forward some of the strongest evidence yet to support the hypothesis that high levels of oxygen in the oceans were crucial for the emergence of skeletal animals 550 million years ago.

The new study is the first to distinguish between bodies of water with low and high levels of oxygen. It shows that poorly oxygenated waters did not support the complex life that evolved immediately prior to the Cambrian period, suggesting the presence of oxygen was a key factor in the appearance of these animals.

The research, based on fieldwork carried out in the Nama Group in Namibia, is published in the journal Nature Communications.

Lead author Dr Rosalie Tostevin completed the study analyses as part of her PhD with UCL Earth Sciences, and is now in the Department of Earth Sciences at Oxford University. She said: 'The question of why it took so long for complex animal life to appear on Earth has puzzled scientists for a long time. One argument has been that evolution simply doesn't happen very quickly, but another popular hypothesis suggests that a rise in the level of oxygen in the oceans gave simple life-forms the fuel they needed to evolve skeletons, mobility and other typical features of modern animals.

'Although there is geochemical evidence for a rise in oxygen in the oceans around the time of the appearance of more complex animals, it has been really difficult to prove a causal link. By teasing apart waters with high and low levels of oxygen, and demonstrating that early skeletal animals were restricted to well-oxygenated waters, we have provided strong evidence that the availability of oxygen was a key requirement for the development of these animals. However, these well-oxygenated environments may have been in short supply, limiting habitat space in the ocean for the earliest animals.'

The team, which included other geochemists, palaeoecologists and geologists from UCL and the universities of Edinburgh, Leeds and Cambridge, as well as the Geological Survey of Namibia, analysed the chemical elemental composition of rock samples from the ancient seafloor in the Nama Group - a group of extremely well-preserved rocks in Namibia that are abundant with fossils of early Cloudina, Namacalathus and Namapoikia animals.

The researchers found that levels of elements such as cerium and iron detected in the rocks showed that low-oxygen conditions occurred between well-oxygenated surface waters and fully 'anoxic' deep waters. Although abundant in well-oxygenated environments, early skeletal animals did not occupy oxygen-impoverished regions of the shelf, demonstrating that oxygen availability (probably >10 micromolar) was a key requirement for the development of early animal-based ecosystems.

Professor Graham Shields-Zhou (UCL Earth Sciences), one of the co-authors and Dr Tostevin's PhD supervisor, said: 'We honed in on the last 10 million years of the Proterozoic Eon as the interval of Earth's history when today's major animal groups first grew shells and churned up the sediment, and found that oxygen levels were important to the relationship between environmental conditions and the early development of animals.' 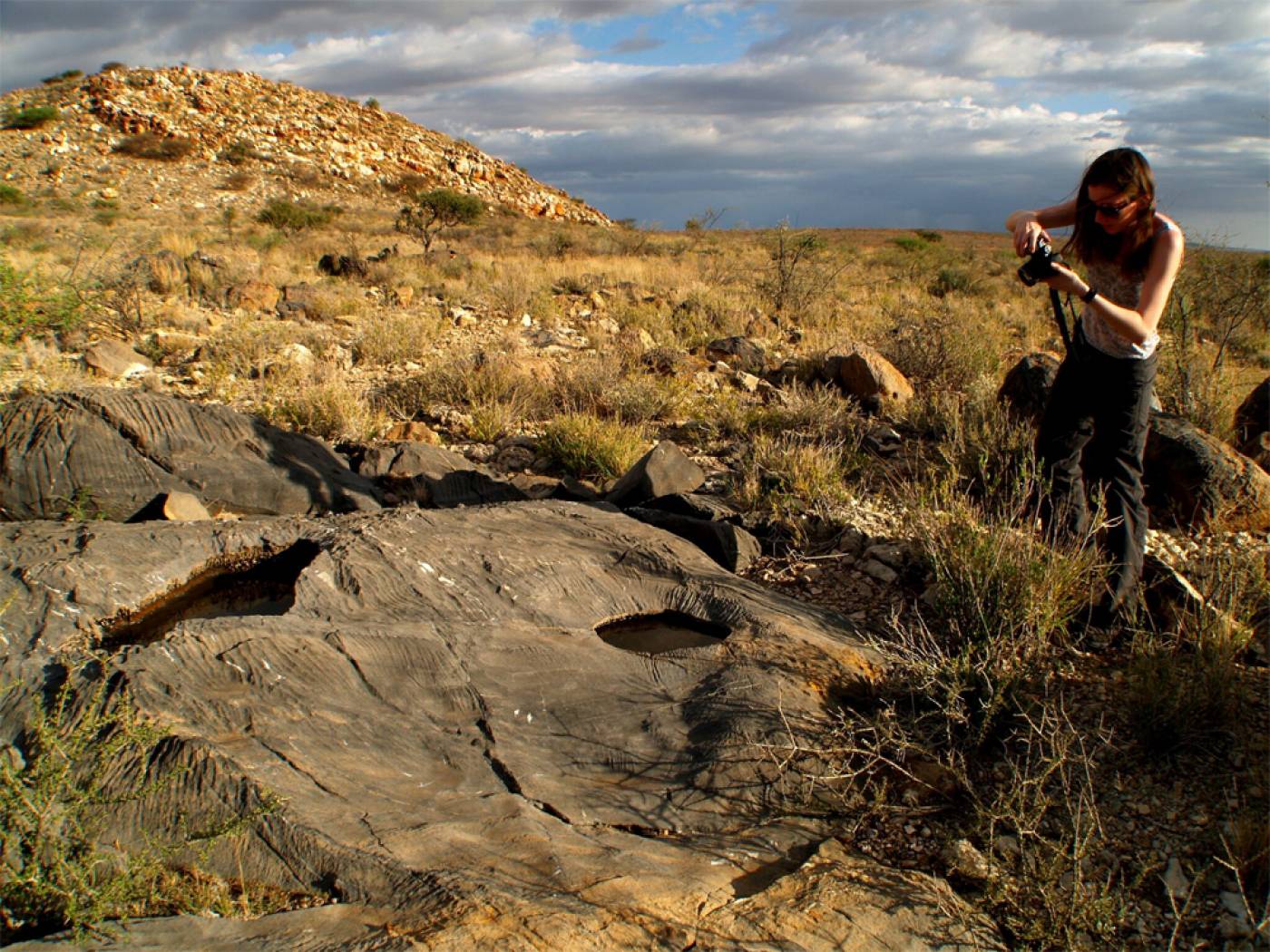