UCL is proud to announce the establishment of the new Centre for the Study of the Legacies of British Slave-ownership in UCL History, with the support of the Hutchins Center at Harvard University. 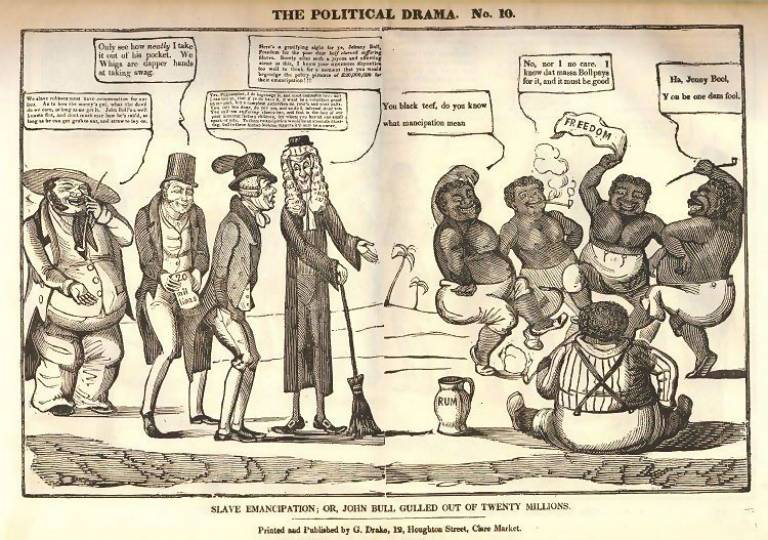 The Centre will be formally launched at UCL on the evening of Wednesday 28 September, when an invited audience will both learn more about the plans for the Centre and have the chance to see LBS' new database on British slave-ownership 1763-1833, which contains some 20,000 newly researched slave-owners and over 8000 estates.

The new Centre will continue the work undertaken by the earlier Legacies of British Slave-ownership ('LBS') projects (2009-2012 and 2013-2015) funded by the ESRC and the ESRC/AHRC, and will provide a permanent platform for LBS' important research into the role of slavery in the formation of modern Britain.

LBS' earlier work has transformed the understanding of the significance of slave-ownership in Britain, highlighting thousands of elite individuals and families who owed their fortunes to slavery as well as many more ordinary people who were financially dependent on the slave-system.

The research has reached a wide public audience and led to revisions in standard sources such as the Oxford Dictionary of National Biography to reflect LBS' findings. The programmes made last year by LBS in collaboration with the BBC, Britain's Forgotten Slave-owners, won the BAFTA for Specialist Factual programmes.

Professor Catherine Hall, who led the two LBS projects and will remain as Chair Emerita of the Centre after her retirement, said: "I am delighted that we have succeeded in securing a permanent future at UCL for the work of LBS. The support of the Hutchins Center has been critical to the establishment of the new Centre, and we much appreciate it."

Dr Nick Draper, who will be the Director of the new Centre, commented: "Our aim has always been to re-inscribe slave-ownership in the history of Britain, from which it has been elided for almost two centuries. The new Centre will underpin the deployment of our recent research, promote the generation and communication of new material and allow the establishment of further collaborative relationships both in Britain and internationally. It is a privilege to be leading this next phase of LBS' work."