Children who enter reception with poor English language skills - whether it's their first language or an additional language - are more likely to have social, emotional and behavioural difficulties in later years, finds a new study co-authored by UCL and Royal Holloway and funded by Wellcome. 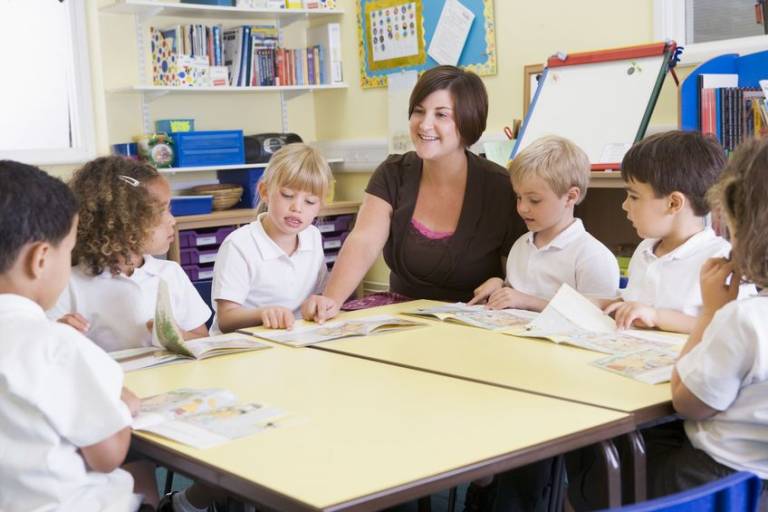 The research, published today in Child Development, found the cognitive advantages of bilingualism tend to help with academic achievement only if English skills are sufficient at school entry for the child to be fully engaged.

The authors compared children speaking English as a second language with monolingual peers with comparable English language proficiency. Academic achievement was similar in reception, while those speaking English as an additional language displayed fewer emotional, social and behavioural difficulties, and were more likely to meet academic targets by Year 2.

But the researchers caution that many children speaking English as an additional language still fell short of class averages in Year 2, particularly those with weaker English skills at reception.

"We anticipated that kids who had poor English skills at the start due to a lack of exposure at home would be doing well by Year 2, but actually, their poor outcomes persisted. They didn't just grow out of it with more time in the English school system," said Professor Courtenay Norbury (UCL Psychology & Language Sciences), the senior author of the paper.

The researchers say that children with poor English proficiency need extra support early on, so it's imperative that teachers identify which children need that boost.

"The ideal solution would be to measure their skills in their first language to gauge whether the issue is from lack of exposure to English or a general language impairment, but that isn't feasible given the diversity of home languages spoken by children in the UK. Just in our cohort there were 60 languages represented. But we found that measuring their skills in English, while not perfect, is a helpful predictor of future success," said Katie Whiteside, a PhD student in the Department of Psychology at Royal Holloway, University of London, the study's lead author.

The researchers used data from the Surrey Communication and Language in Education Study (SCALES), which is based at Royal Holloway. Led by Professor Norbury, SCALES is the first UK population study of risk for language impairment at school entry. Teachers provided ratings of English language proficiency and of social, emotional and behavioural function, based on a questionnaire, for children at the end of their reception year at a primary school in Surrey. The group included 782 children with English as an additional language and 6,485 monolingual children. The researchers gauged their progress with national education assessment data for the same children at the end of Year 2.

"Numerous studies have found speaking more than one language can enhance academic performance, so we would encourage parents to continue speaking their first language with their children. Our findings underline that oral language proficiency is a key predictor of early school success for all children, whether they are monolingual or bilingual," said Professor Norbury.