Why you should sleep in a cool dark room

Mismatched light and heat levels can disrupt body clock Body clock function can break down when light and temperature levels throughout the day are out of sync, finds new UCL research in fruit flies. 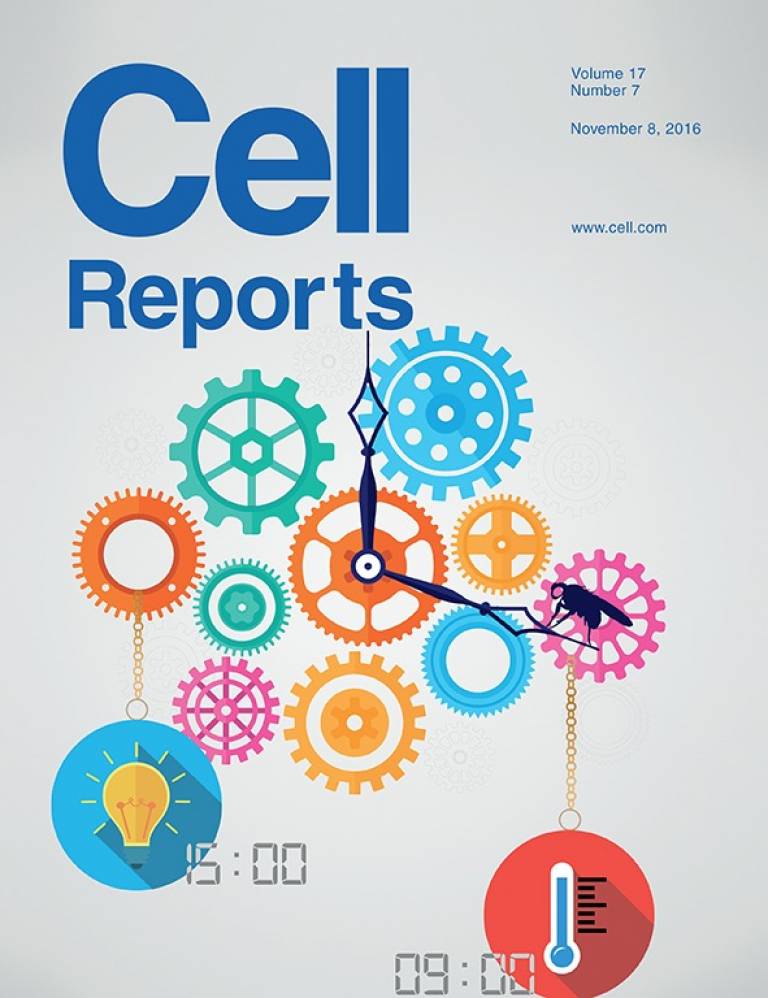 The study, published in Cell Reports, examined the activity levels of flies when they were exposed to light and heat at different times. The 'natural' cycle involved 12 hours of light and warmth followed by 12 hour of darkness and cold. The light and temperature cycles were then varied so that the light cycle ran between two and 10 hours behind the temperature cycle in each experiment.

When the time lag was small the effect on the body clock was relatively low, following an average of the light and temperature readings. When the time lag was large, temperature was ignored and the body clock was set by light. A moderate time lag of around six hours, however, caused the clock function to break down, with major disruptions to behaviour and clock-controlled molecular signals.

"The body clock is a naturally evolved entity so it functions best within naturally-occurring conditions," explains lead author Ross Harper (UCL CoMPLEX). "Changes in sunlight cause changes in temperature, and both are used to sense time. The time lag between light and temperature naturally varies, so the clock can compute an average time for smaller changes. For very large differences, such as a heat spike at midnight, the system ignores temperature as it is no longer a reliable indicator of 'daytime'. In between these lies a zone of confusion, where the clock can't combine the cues anymore but can't yet ignore them either. As mammals, including humans, are subject to similar evolutionary constraints, it is likely that similar systems apply to our clocks."

In the natural cycle, flies became increasingly active throughout the 12 hours of daylight with a peak in the evening just before light and temperature levels dropped. However, when there was a six-hour time lag between temperature and light, the flies were only active in the six-hour window when it was both cold and light. There were no peaks in activity, simply a plateau of moderate activity.

"Light is a well-known driver of the body clock, but until recently other factors including temperature have been overlooked," says co-senior author Professor Joerg T Albert (UCL Ear institute). "Recent work has shown that the daily body temperature rhythm is important for setting the human body clock, and our study suggests that the difference between light and temperature may also have a role to play. Artificial exposure to light sources and irregular sleep/wake patterns such as shift work shoulder a lot of the blame for disrupting the body clock, but artificial temperature controls like air conditioning and central heating perhaps also have an influence."

One complication with studying temperature in humans and other mammals is that our bodies regulate temperature internally, whereas an insect's body temperature depends solely on the outside temperature. It is not currently clear how internal and external temperatures relate to each other and the body clock, so further research is needed to better define their relative contributions in humans.

"Modern life involves artificial control of many aspects of our environment, but more natural conditions are likely to benefit our body clocks," explains co-senior author Professor Ralf Stanewsky (UCL Cell & Developmental Biology). "There are simple ways to mimic more natural conditions, such as having colder bedroom temperatures and getting as much light in the morning as possible. People with difficulties should avoid coffee and energy drinks where possible, drink less alcohol, avoid eating or exercising late at night and try to keep regular bedtime hours. The aim should be to have a good night's sleep and naturally wake up 'on time' in the morning without an alarm clock. The body clock is important, and disruption can cause not only sleeping problems but also certain psychiatric and cognitive disorders."