Neuroscientist, computer game designer and entrepreneur Demis Hassabis shares his passion for using Artificial Intelligence to change the face of science and why he's so proud of his links with UCL. 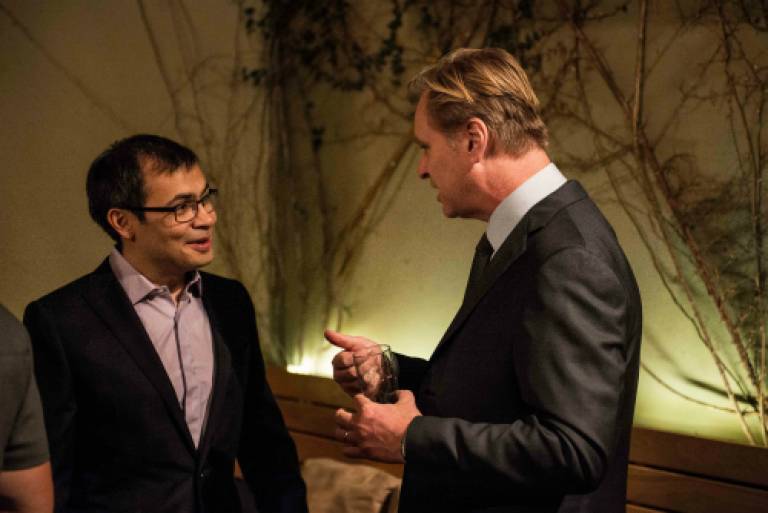 How is Artificial Intelligence changing?

One of the reasons Artificial Intelligence (AI) has become such a buzzword recently is because we are starting to develop programming systems that have the ability to actually learn how to solve a problem, rather than being pre-programmed with the solution.

Most of the AI that we interact with today, including things like Siri on your phone, is ultimately pretty unhelpful because as soon as you ask it something that it isn't pre-programmed for, it has no idea what to do. It isn't really 'intelligent' and can't cope with the unexpected.

Our approach from the beginning has been to explore how to create systems that automatically learn for themselves, by finding the structure in data and using it to figure out how to achieve goals. A couple of years ago, we famously applied this approach to playing Atari games. Instead of programming the solution to the games, we just gave the system raw numbers and told it that its goal was to maximise the score. Everything else it had to learn for itself, including the rules of the game. We would leave it playing overnight on our servers and come back the next morning to find it had mastered the game and could play it better than the best human players.

What are you working on at the moment?

This year we've been working on a system called AlphaGo to take on the world's best player of the ancient game of Go. The game is played in Asia, instead of chess, but is more complicated and profound, with more board positions than there are atoms in the universe! The way the best players in Japan, Korea and China get around this is by using their intuition - it's too complicated to use just raw calculation.

It's a really interesting challenge for AI as creativity and intuition are not something we usually associate with computer systems. We built a system that played itself 30 million times over three months, each time learning from its mistakes and incrementally getting better at the game. Eventually we were ready to challenge the greatest player of the past decade, Lee Sedol, earlier this year in a challenge match that we won 4-1.

More than 100 million people tuned in to watch the match across the world, which was incredible!

Why is AI exciting?

We use games as a training ground for these AI systems, but the reason I've spent my whole career working in AI is that I want to use these systems to help make breakthroughs in science and healthcare. They can work in tandem with the best human experts to augment the skills that we already have.

AI can really help to sift through the huge amounts of data that are produced in all areas of science now and this is a huge challenge that we're at the forefront of resolving.

Why are you still in touch with UCL?

I'm really proud that we are based in King's Cross, just a stone's throw from UCL. We have connections with many of UCL's world leading departments, including Neuroscience and Computer Science.

We've sponsored PhD scholarships at UCL and this year we will be teaching on a new module for the MSc Machine Learning that focuses on the latest technology we're developing in industry and hopefully training the next generation of innovators.

The other great thing about UCL is its connections with industry and the way it translates all the amazing research that is going on into real world solutions. UCL really deserves recognition on the international stage for all the fantastic work that it does.

Demis Hassabis grew up in north London and, following a degree in Computer Science from Cambridge University, obtained his PhD in Cognitive Neuroscience from UCL in 2009. He continued his neuroscience and artificial intelligence research as a Wellcome Trust Research Fellow at the Gatsby Computational Neuroscience Unit, UCL and as a visiting scientist jointly at MIT and Harvard.

In 2010, Hassabis co-founded DeepMind Technologies, a London-based machine learning AI startup, with Shane Legg and Mustafa Suleyman. DeepMind, which was acquired by Google in 2014, aims to meld insights from neuroscience and machine learning with new developments in computing hardware to unlock increasingly powerful general-purpose learning algorithms that will work towards the creation of an artificial general intelligence (AGI).