The popular smartphone game, Pokémon GO, sets a benchmark for new conservation-focused augmented reality games and could be adapted to benefit environmental conservation, according to new research involving UCL scientists. 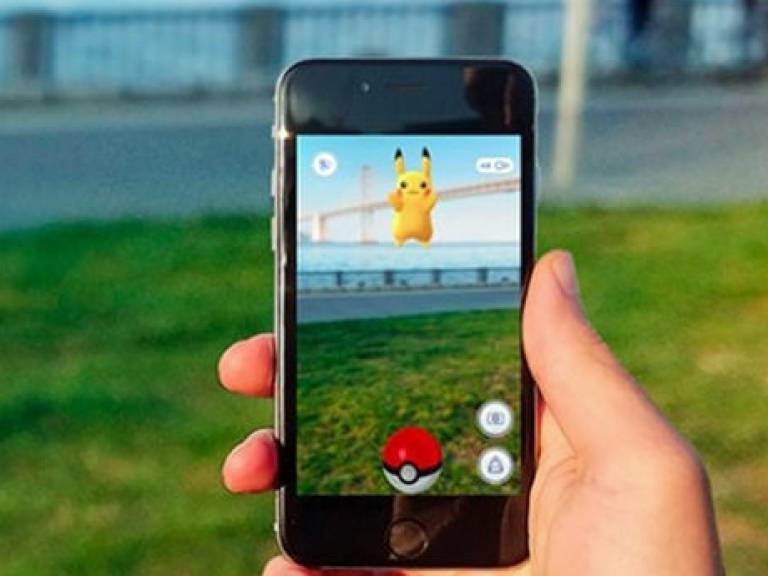 The study, led by the University of Oxford and published today in Conservation Letters, considers how Pokémon GO might create opportunities and challenges for the conservation movement looking to engage the public with the natural world.

Designed for mobile devices, Pokémon GO allows users to capture, battle and train virtual creatures called Pokémon that appear on screen as if part of the real-world environment. Some gamers who discover non-virtual wildlife during play have been using the Twitter hashtag #Pokeblitz to help identify the species found.

"Finding ways to break down barriers to engagement with real-life nature is a priority for conservation. Pokémon GO shows us how to do this successfully with virtual wildlife and we can learn a lot from it. It has a really low barrier for entry and has captured the imagination of millions globally."

"It's clear that conservation lags behind Pokémon in efforts to inspire interest in its portfolio of species but there is clear potential to address that. One way would be by modifying Pokémon GO to bring gamers physically closer to non-virtual wildlife," explained co-author Fiona Spooner, UCL Genetics, Evolution & Environment.

Other suggestions to enhance its conservation benefits include:

"There is a widespread belief that interest in natural history is waning and that people are less interested in spending time outside and exploring nature. Pokémon GO is only one step removed from activities like bird watching and shows the effort people will make to increase their chances of encountering target 'species'. Pokémon Go's success may show that the desire to connect with nature is there and people will engage with conservation if we package it correctly," said co-author John C Mittermeier, University of Oxford.

The team say that Pokémon GO exposes users to basic natural history concepts such as species' habitat preferences, and regional variations in abundance. This captures a fundamental aspect of natural history observation - that exploring new habitats and continents will lead to encounters with different species.

For example, 'Grass Pokémon', tend to appear in parks, while water-related types are more likely to be found close to bodies of water. There are also four regional species that are continent restricted: Tauros to the Americas, Mr Mime to Western Europe, Farfetch'd to Asia, and the marsupial-like Kangaskhan to Australasia.

"New conservation-focused augmented reality games could follow Pokémon GO's model by encouraging users to look for real species. If successful, they'd be a powerful tool for public education and engagement that could be used in zoos and protected areas to provide visitors with information about species and their habitats," explained co-author Leejiah Dorward, University of Oxford.

However, the researchers also caution that the success of Pokémon GO could also bring challenges for conservation. They say the engaging, brightly coloured fictional creatures could replace people's desire to interact with real-world nature, or the focus on catching and battling Pokémon may encourage exploitation of wildlife. There has also been controversy in the Netherlands, where Pokémon GO players have been blamed for damage caused to a protected dune system south of The Hague.

Co-author Dr Chris Sandbrook, UNEP World Conservation Monitoring Centre, said: "Just getting people outside does not guarantee a conservation success from Pokémon GO. It might actually make things worse - for example, if interest in finding a rare Vaporeon replaces concern for real species threatened with extinction. Real nature could be seen as just a mundane backdrop for more exciting virtual wildlife."

The research was conducted by the universities of Oxford and Cambridge, UNEP World Conservation Monitoring Centre, and UCL. UCL's contribution to the research was kindly funded by the Natural Environment Research Council.