Blood vessels play a vital role in stem cell reproduction, enabling the brain to grow and develop in the womb, reveals new UCL research in mice. 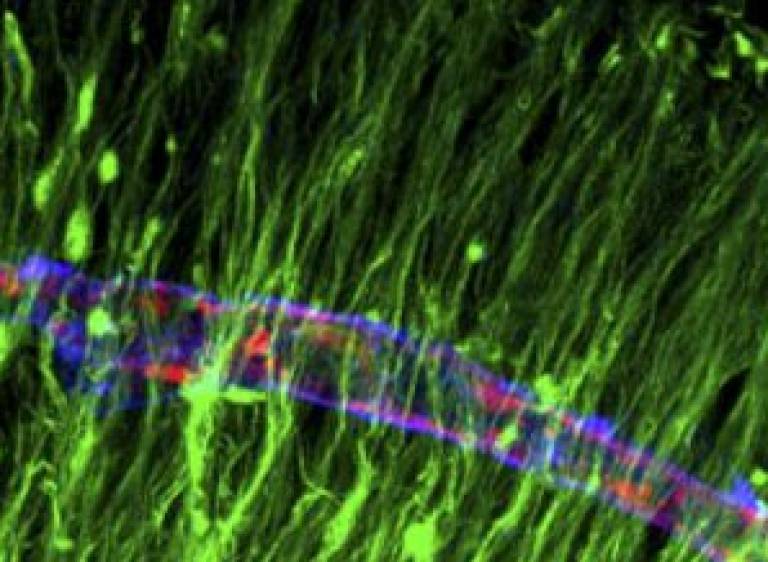 The study, published in the Proceedings of the National Academy of Sciences and funded by Wellcome, shows that blood vessels can increase the number of neural stem cells inside a living organism. This could be important for the design of stem cell-based therapies that aim to regenerate diseased or damaged parts of the nervous system.

In the developing brain, new neurons are produced by neural stem cells in 'neurogenic' areas, where they have to be instructed when and how often they should divide or what type of progeny they should produce. Until now, however, the signals responsible for these instructions have remained elusive.

The research provides the first evidence that blood vessels are not only important for delivering blood to the developing brain, but also play an important role in stem cell signalling.

"Blood vessels are best known for their important function in supplying oxygen and nutrients to the brain," says senior author Christiana Ruhrberg (UCL Institute of Ophthalmology). "However, the most intriguing finding of this study was that blood vessels did not regulate neural stem cell behaviour in the brainstem simply through their role in brain oxygenation or keeping brain tissue healthy. We found that blood vessels also provide important signals that allow stem cells to reproduce for a longer period of time, before they permanently become nerve cells that cannot multiply."