Approximately two children in each Year 1 class will experience a clinically significant language disorder that impacts learning, according to a UCL-led study on language impairment at school entry age. 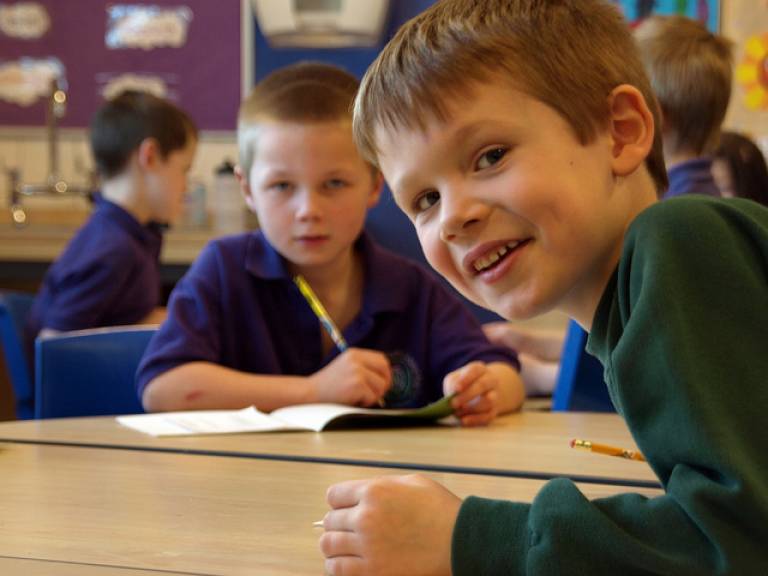 The study, published in the Journal of Child Psychology and Psychiatry, found that children with unexplained language disorders have higher social, emotional and behavioural problems, with 88% failing to achieve early curriculum targets.

The researchers also found that non-verbal IQ (NVIQ), a commonly used exclusion criterion for language disorders, was not associated with more severe symptoms of language impairment, or more extensive behavioural and learning problems, unless associated with another developmental condition. This raises questions about the use of non-verbal IQ in diagnosis and treatment decisions.

Clinical definitions used to diagnose language disorders traditionally require NVIQ to be within normal limits, classed as a standard score above 85, which results in a significant discrepancy between the verbal and non-verbal abilities of pupils. Children with NVIQ scores below this cut-off are often prevented from accessing the specialist services needed to help them succeed.

However, the 5th revision of the Diagnostic and Statistical Manual of Mental Disorders (DSM-5) removed the need for 'normal' NVIQ in language disorder diagnoses. This is the first study to assess the impact of this change on both the prevalence and clinical profile of language disorders in children.

"There has been considerable debate over the inclusion of NVIQ in the diagnosis and treatment of language disorders, and a below average score is currently the most common exclusion criteria used for access to specialist help", explained lead researcher Professor Courtenay Norbury (UCL Psychology & Language Sciences).

"However, this definition is creating a group of children with considerable language needs who fall between diagnostic categories. As their non-verbal skills are lower than average, they aren't eligible for specialist language intervention services, but crucially, they may not qualify for services for children with learning disabilities as their NVIQ is not impaired enough. The current system therefore leaves children who have verbal and non-verbal difficulties at a double disadvantage, with limited specialist support."

The findings are based on the Surrey Communication and Language in Education Study (SCALES), the first UK population study of language ability at school entry, and involves over 170 primary schools in Surrey. Using a sample of 7,267 state school children the researchers ran a comprehensive assessment of language, NVIQ, social, emotional, and behavioural problems on 529 pupils aged 5-6 years.

They found that 7.58%, or two children in a class of thirty, are likely to experience a clinically significant language disorder of unknown origin and that this is associated with poor academic attainment in the first years of school.

When NVIQ is omitted from diagnosis, the study shows that prevalence estimates of language disorders increase by about 50% (from 4.8% to 7.58%). The new figures suggest that language disorders are seven times more prevalent than other developmental conditions such as autism, which previous studies have estimated to occur in approximately 1% of children. The pupils who were assessed did not include children from special needs schools and were from a relatively affluent area of Surrey. The estimated prevalence found in the study should therefore be considered as a minimum and may be higher in other areas.

The study also compared the severity of language disorders found in children with both average and low-average NVIQ, a standard score of between 70 and 85. Children with low-average scores did not generally experience more severe language deficits, educational difficulties, or social, emotional and behavioural problems than those who scored in the average range.

Professor Norbury said: "Our findings support the decision to remove NVIQ as an exclusion criteria for language disorders in the DSM-5. We found that across the NVIQ range, children with language disorder were struggling to achieve at school and had increased social, emotional and behavioural problems. Specialist support should be available according to language needs."

The study involved researchers from King's College London, Royal Holloway, University of London and The Newcomen Centre at Guys and St Thomas' Hospital, London. It was funded by the Wellcome Trust and the NIHR Maudsley Biomedical Research Centre.