Rates of teenage pregnancy in England have halved since the implementation of the Government's Teenage Pregnancy Strategy (TPS) in 1999, and the greatest effect is seen in areas of high deprivation and areas that received the most TPS funding, according to research published in The Lancet. 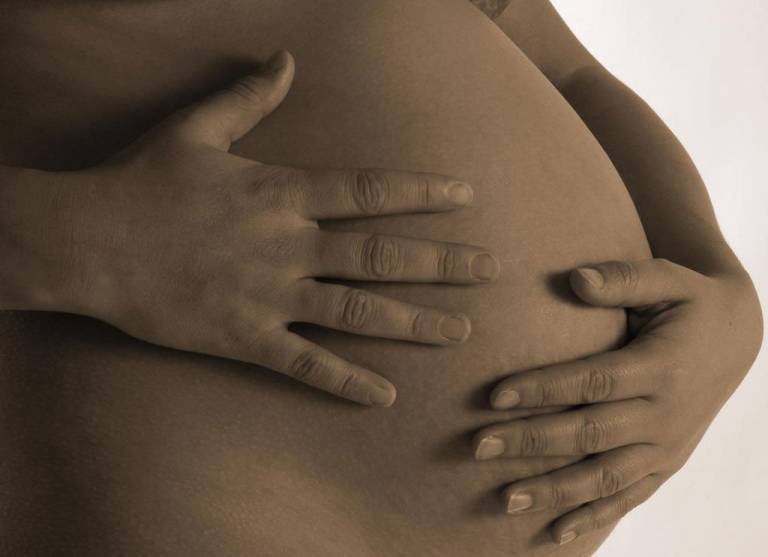 The study is the first to show the long term effect of a nationwide strategy launched by the Labour government in 1999, aimed at reducing under-18 conception rates by 50% by 2010 and limiting social exclusion among young parents.

The study shows that participation in education and work has improved for women who conceive under the age of 18, but rates of participation still remain lower than their non-pregnant peers.

"England's under-18 conception rate has fallen to its lowest level since the 1970s", says lead author Professor Kaye Wellings at the London School of Hygiene & Tropical Medicine, London, UK. "What's more, progress has been made towards halting the cycle of inequality that has long been associated with teenage pregnancy."

The strategy had several components including providing high-quality sex and relationships education, youth friendly contraceptive services, support for young parents to take part in education, employment, and training and coordinated action, at government and local level. Local implementation grants were allocated according to teenage pregnancy rates in each area.

This observational study reports the long-term independent evaluation of the strategy by a team of researchers at the London School of Hygiene & Tropical Medicine and UCL. The team used data from 148 local authority areas in England to model changes in under-18 conceptions, abortions, and birth rates in relation to TPS funding, deprivation, and region between the 5-year periods immediately before (1994-1998), and after (2009-2013), implementation of the strategy. They also used data from the National Surveys of Sexual Attitudes and Lifestyles (Natsal) to assess changes in factors associated with under-18 conception between the periods of fieldwork for Natsal-2 (1999-2001) and Natsal-3 (2010-12). The researchers also assessed changes in young mothers' participation in education, work, and training over the period.

Their findings show that, from its peak in 1998, the under-18 conception rate showed a moderate decline until 2006, when it fell more sharply (figure 1). Between 1998 and 2013 the conception rate dropped from approximately 47 to fewer than 25 conceptions per 1000 young women aged 15-17 years. The most deprived areas and those where more strategy-related resources were targeted had higher under-18 conception rates before the TPS was implemented and experienced greater declines (figure 2). Between 1998 and 2013, the conception rate dropped by 34 conceptions per 1000 young women aged 15-17 (approx. 65 to 31 per 1000) in areas receiving the highest TPS funding, compared with just 16 per 1000 in areas with the lowest level of funding (approx. 36 to 20 per 1000).

A decline in teenage pregnancy rates has been seen in other countries though the evidence suggests it has been less marked. Professor Wellings adds: "As young people globally spend longer in education and settle with a partner later we're now seeing a near universal trend towards fewer early pregnancies. But the more striking decline in under-18 maternities in England compared with other European countries, and its close link with government investment in reducing teenage pregnancy rates, appears to reflect the intensive and sustained efforts of the strategy to address the problem by changing social norms and increasing access to education and reliable contraception."

The proportion of young women who conceived before age 18 who were engaged in work, education or training nearly doubled between 1999 and 2013 (from 20% to 36%) despite the less favourable economic climate. This trend was not seen in other young women of the same age (table 3). However, although teenage mothers are more likely to take part in education and training than previously, they are still far less likely than their (never-pregnant) peers to participate in education, work or training. The authors highlight the comparatively small subsample of young women in this 18-24 year old age group and point out that estimates should be used with caution.

Despite the achievements in reducing under-18 conception rates, further reductions are still needed to bring them in line with other high-income countries. England's teenage pregnancy rates are still high by comparison with countries in Scandinavia or the Netherlands. According to Professor Wellings, continued preventive efforts are needed across a broad policy front. "Our findings suggest that shifts in the educational aspirations of young women and the increasing use of highly effective contraception are both driving the trend towards fewer early conceptions. One provides the motivation not to get pregnant, the other the means."

The authors estimate that the conception rate dropped by 11.4 conceptions per 1000 young women for every £100 spent per head, or 8.2 fewer conceptions after taking into account deprivation and region (table 1). "This translates to between £8,700 and £12,200 per conception prevention", explain the authors of a linked Comment, Professor Rachel Skinner from The University of Sydney, Australia, and Dr Jennifer Marino at The University of Melbourne, Australia. "This may seem expensive, but is less than a quarter the cost of child support for a teenage mother and her child, who are at high risk of life-long intergenerational welfare dependence…The net estimated welfare payment per teenage birth, over the 16 years for which the family would be eligible for child-contingent benefits, was £44,566 in 2005 pounds (£61,947 in 2016 pounds)."

Discussing the cuts in funding that could threaten continued progress in further reducing under-18 conception rates, Professor Skinner and Dr Marino add, "This is the first time we have seen a teenage pregnancy prevention programme reduce objectively measured teenage conceptions, and improve outcomes for teenage mothers so comprehensively and over a sustained period of time at the national level...Ongoing monitoring and support should be provided to local authorities to ensure that the key elements of the Teenage Pregnancy Strategy and low rates of teenage pregnancy remain a core goal for the UK. Teenage pregnancy is no longer a problem too hard to be solved: a country's teenage pregnancy rates can be lowered and, further, the association between intergenerational poverty and teenage pregnancy can be attenuated, long term."