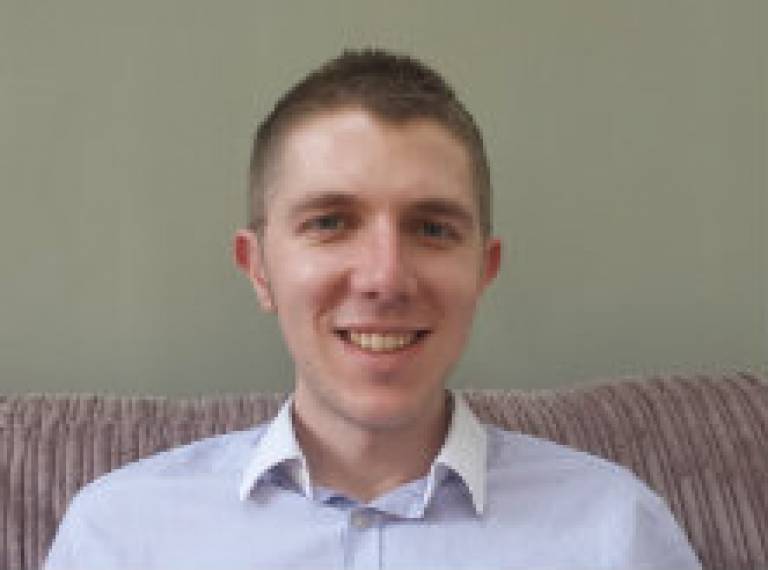 I work on maintaining and developing UCL's main corporate websites such as About UCL and UCL 2034, amongst others. Another key site I oversee is UCL Maps so that changes to the UCL estate are reflected online. I also monitor our sites' performance and engagement whilst working with colleagues to identify changing user needs in order to deliver continued site improvements.

I've been at UCL for six years. I was previously in Publications & Marketing Services, also part of Communications and Marketing. I was responsible for maintaining and developing UCL's central student recruitment websites such as the prospectuses and Study Abroad Guide.

Probably overseeing the re-design of the UCL Accommodation website last summer. There were many strands to this project: moving from static Silva pages to database-driven content, commissioning a photoshoot, building an interactive maps feature, as well as moving the site into UCL's responsive design language, Indigo. It really was a wholesale change!

As we're two years into the UCL 2034 strategy, we will be working with the Planning team to put together an interim update. In addition, About UCL is in the process of undergoing a restructure and re-design based on a lot of hard work the Digital Communications team have taken on in recent months looking at user and stakeholder requirements.

Sorry, one each is just too difficult!

I'm partial to the odd pun or two (which my fiancée will attest to…), so Tim Vine is right up my street. Here are a couple of gems:

This bloke said to me, "I'm going to chop off the bottom of one of your trouser legs and put it in a library." I thought, "That's a turn up for the books."

Jimi Hendrix's live shows were so ahead of his time; I'd love to get an insight into his vision. Alan Partridge would have to be there, for the awkward humour. Also, Hillary Clinton must have met most of the world's political leaders so there must be a whole raft of interesting anecdotes she could share with the group.

I'd probably say to the me of last year "Put a tenner on Leicester to win the Premier League!" Also, soft scoop ice cream is nice, very nice (amazingly I only discovered this last year).

I support the East London footballing powerhouse… Dagenham & Redbridge. I've been going to games since 1998 and visited many grounds along the way from Purfleet FC's Ship Lane to Everton's Goodison Park.

It would have to be the Great Wall of China; the scale is just breathtaking. Also, seeing the Red Square in Moscow for the first time with St. Basil's Cathedral all lit up really was something else.