The discovery of early changes in the cells of the Fallopian tubes of women carrying the BRCA genetic mutation could open the way for new preventative strategies for ovarian cancer, reducing the need for invasive surgery, according to research published today in science journal Nature Communications. 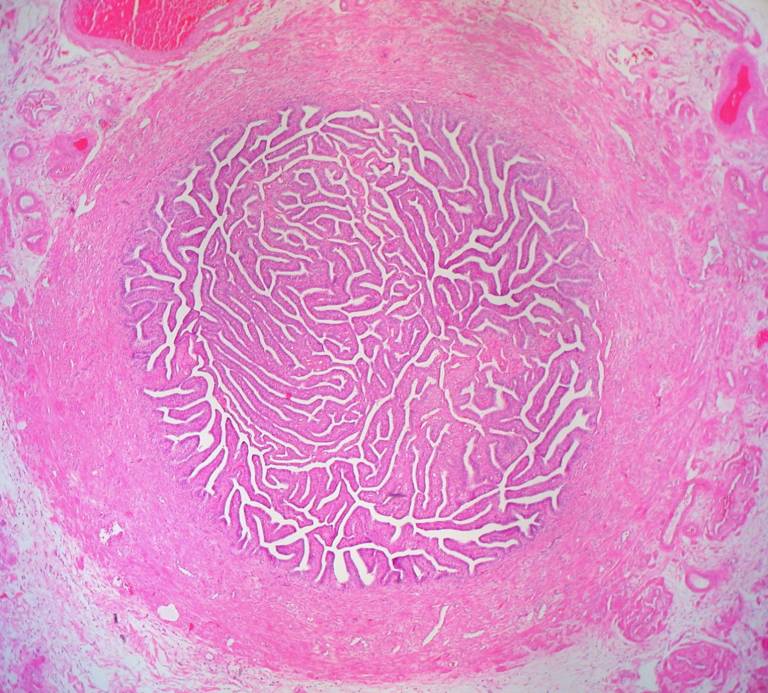 The research, undertaken by the Department of Women's Cancer at UCL led by Professor Martin Widschwendter and funded by The Eve Appeal, sought to understand why women with the BRCA1/2 mutations develop ovarian cancers and what happens in the cells where the cancers originate to trigger them.

Professor Widschwendter and his team examined the post-surgical reproductive tubal tissue from 115 women, 56 with the BRCA1/2 mutation and a control group of 59 without. They analysed the cells' epigenetic programmes, the 'software' which dictates how the cells read instructions encoded within the DNA. Crucially, they compared both ends of the Fallopian tubes (the fimbrial, closest to the ovary, and the uterine, closest to the womb), from the same woman.

The researchers discovered radically-altered subcellular activity occurring in the fimbrial tubal cells in approximately 60% of women carrying the BRCA1 or BRCA2 gene mutation (incidentally, the proportion of women with a BRCA1 mutation expected to develop ovarian cancer). These subcellular changes were similar to those seen in cells from ovarian cancer specimens.  The changes were not seen in the women without BRCA mutations. In addition, the researchers identified an enzyme (activation-induced cytosine deaminase, AID) that appears to trigger this re-programming.

Professor Widschwendter and his team are now further investigating their findings including examining whether they could benefit women who do not have a pre-disposing genetic mutation by facilitating the development of a non-invasive test which could potentially predict the occurrence of these cellular events in the tubal cells.

Professor Widschwendter, (UCL Institute for Women's Health) said: "These new findings take us a step closer to understanding how ovarian cancers develop in BRCA 1/2 gene mutation carriers, opening up new opportunities for ovarian cancer prevention. This is vital as at present the most effective method of prevention is drastic risk-reducing surgery which deprives women of their hormones and their ability to give birth prior to the menopause. The next steps will be to investigate the merit of drugs that affect epigenetic reprogramming and to look for biomarkers which allow safe monitoring of the effect of such drugs."

Athena Lamnisos, Chief Executive of The Eve Appeal said: "Stopping women's cancers before they start is the ultimate ambition of our research programme. To do this we need to track cancer development right back to its earliest development and understand how it begins.  This research is an important step in achieving this ambition. It provides hope for women of the future who might not need to undergo such drastic, invasive surgery to aid the prevention of ovarian cancer."