Provost's View: Why I believe British exit from the European Union would harm UK higher education

Following Prime Minister David Cameron's announcement that the European Union referendum will take place on June 23, there is now a clear possibility of an outcome that culminates in British exit from the EU. 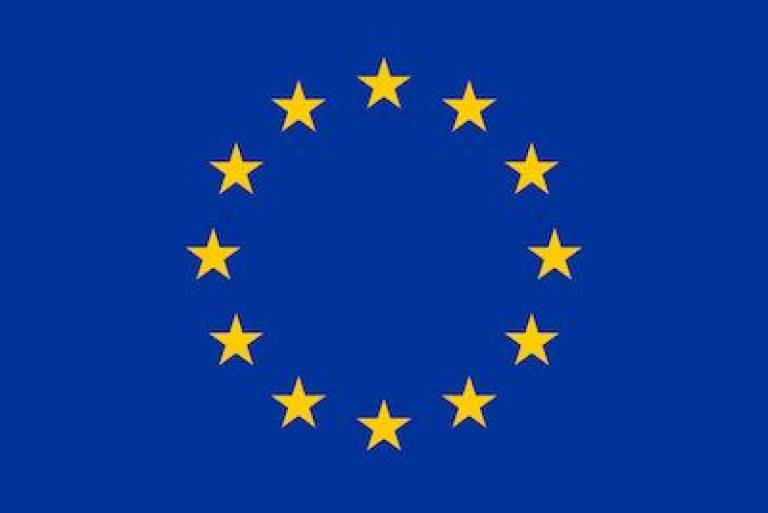 Voices from across British politics and public life are aligning themselves to different sides of the debate, and as head of one of the UK's world-leading universities, I want to state my own position.


I believe that British exit would be bad for UCL and for higher education, research and innovation across Europe. This is my personal view, but it is also one that I see shared across our sector, both by individuals and by organisations.

At a launch event for UUK last year, this collective, sector-wide body expressed the view that it would be a very negative outcome for UK higher education if we were to leave the European Union. Our sector should be considered seriously in the debate, since UK universities generate £73 billion for the UK economy and employ 380,000 people.

This was a one-sided launch event and was never intended to be anything else, but it nevertheless attracted criticism in a comment piece in the Conversation, which contrasted our stance with the silent approach taken by Scottish universities during the referendum on independence for Scotland.

I was personally amused by the view expressed in this piece that if the vice-chancellors of the country, either collectively or individually, said 'no' to Brexit, that it would inhibit debate within their institutions because members of staff might fear for their jobs. In my experience of nearly 12 years now at this level, if I say one thing, I can absolutely guarantee that many in the university would express the opposite view - seemingly as a matter of principle with respect to academic freedom and freedom of speech. As the Brexit debate intensifies, a wide range of views will be expressed at UCL - and long may that tradition continue.

The short answer as to why UUK has chosen to speak out for continued membership of the European Union is that UK universities believe that this is the right thing to do. A neutral stance on a Scottish referendum may have been deemed to be in the best interests of Scottish universities, but UK universities decided that they had a right and responsibility to speak out in this case. With a date for a referendum now set, the sector has not wavered in this position.

So, why should vice-chancellors in particular express either a personal or an institutional view in the case of the EU referendum? In essence, our main role as chief executives and academic officers is to do our best for the long-term future of our universities.

At one level, the role is as simple as that - but in truth, almost every day presents complex problems or issues with some form of dilemma, contradiction or conflict. As you tackle such problems, you fall back on your stated values and the advice, expertise and experience of your senior team and your governing body and make judgements about what best to do.

Comment in the media, participation in public events, and the encouragement of debate within our own communities are some of the ways that universities and their leaders need to engage. As a sector, we need to ensure that the electorate understand the significant contribution of higher education to the UK economy and how this contribution is enabled by membership of the European Union.

Why we should stay in - remaining as London's global university

Let me lay out why I personally believe it is in UCL's best interests for the UK to stay in the EU. Top of my list would be the importance of people from diverse EU backgrounds and cultures in both the student and staff bodies. We are London's global university and somehow 'global minus EU' sounds far less convincing.

We live by the creation of ideas and we believe that inherent to that creativity and ability to problem solve is the wide diversity of cultures represented at UCL. It is our stated mission to be 'recognised for our radical and critical thinking and its widespread influence: with an outstanding ability to integrate our education, research, innovation and enterprise for the long term benefit of humanity'.

We could do that significantly less well if we had far fewer students and research or academic staff from EU countries. Of course EU students could still come to study in the UK, but they would no longer qualify for fee loans from the UK government and they would be charged full international student fee rates.

In addition there would be no Erasmus mobility programme - EU student numbers would be highly likely to drop dramatically. Moreover there would be no development (for the UK at least) of the European Research Area and more limited movement of postdoctoral researchers or academic staff. The financial outcome from such large shifts of student numbers would be potentially devastating for UCL - at the moment in the order of 12% of our student body is from the EU, which would put about £40 million of tuition fee income at risk. The consequences of that don't bear thinking about.

The impact of Brexit on our research funding would also be highly significant for UCL. We are currently the highest funded university in the whole of the EU for Horizon 2020 funding and we also rank in the top three for funding from the European Research Council (ERC). This funding supports roughly one in eight of our research staff, working on high quality international research programmes across fields as diverse as archaeology, infectious disease and cosmology.

The UK is a net recipient of research funds from the EU; we achieve more research grant funding than our UK contribution to this part of the EU budget, all of which we would eventually (or perhaps even precipitately) lose with Brexit. Some commentators have suggested that this would simply be replaced by the UK government, but that is, I suggest very unlikely to happen, and certainly not at the 'enhanced level' that we currently achieve.

An even more important consideration is that with Brexit, we would lose our ability to influence major research policy decisions and become marginalised and remote from both the research and innovation ecosystems of the EU and from the major European research partnerships. The UK was for example, highly influential in the creation of the ERC in the first place, and the UK has benefited enormously since its inception.

There are, of course, many other reasons to be against or for Brexit. Those wider political, economic or geo-strategic reasons aren't things which pose a direct or immediate threat to UCL's interests. So on those - whether the Common Agricultural Policy, the Eurozone, Schengen or transatlantic relations - I'll keep my opinions to myself. But when it comes to defending UCL and the UK Higher Education sector, that is my job.

'Brexit' debate and voices from the UCL community

I also want to emphasise the importance of encouraging wider debate within our universities. UCL and other higher education institutions should welcome and offer platforms to speakers to express an opinion on either side of the argument and encourage the expression of a wide range of views. In the case of UCL, our multidisciplinary nature means we are ideally positioned to bring our expertise to bear on many aspects of the Brexit question.

On that note, I hope that UCL staff and students will have a chance to engage with the referendum-related events and editorial arising from the UCL community. A good starting point might be the Brexit Divisions events series in March, hosted by the UCL European Institute, which will bring together the leaders of the UK's Stronger In and Vote Leave campaigns along with a range of other experts in order to examine how campaigns can influence how people think and vote in referendums.

Elsewhere, UCL academics are expressing their views in blogs, open letters and opinion pieces on specific issues, from the potential impact of Brexit on the UK's countryside through to how the Lisbon Treaty would govern the terms of British exit.

By 23 June, I am sure you will have engaged many points of view and aspects of the referendum debate. As President & Provost of UCL, here's my personal conclusion for the mix: Brexit is not only highly problematic for UCL, but this outcome would adversely affect the global profile and standing of the whole of UK higher education.