Evidence of grid cell activity has been seen in healthy volunteers asked to imagine moving through an environment in new UCL research funded by the Medical Research Council and the Wellcome Trust. 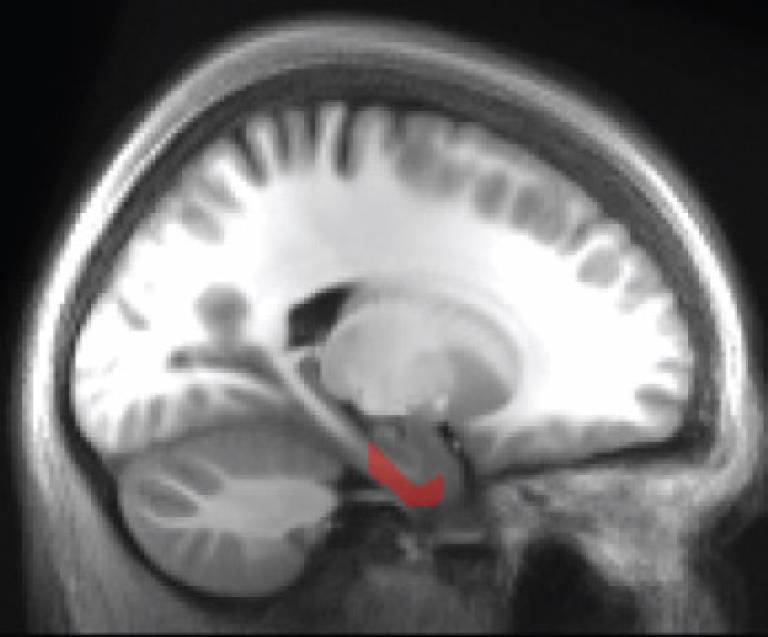 The study, published in Current Biology, used fMRI scans to detect brain activity consistent with grid cell activity in the entorhinal cortex, an important 'hub' for navigation and memory.

The entorhinal cortex is one of the first areas affected by Alzheimer's disease, so the latest research could help to explain why people with Alzheimer's can have problems imagining as well as remembering things.

Grid cells are brain cells that act as an internal coordinate system, firing at a series of locations that form a hexagonal grid across our environment as we move around it. The latest research provides the first evidence that these cells are also used when we imagine navigating, not only for tracking past or present environments.

"People with Alzheimer's disease can find it difficult to visualise and remember scenes, and our new findings may help to explain why," says senior author Professor Neil Burgess, Director of the UCL Institute of Cognitive Neuroscience. "We previously developed a test called the Four Mountains Test, where participants have to hold in mind a mountainous landscape and then try to identify it from a line-up of four landscapes, one of which is the original shown at a different point of view. This test has recently been shown to correlate with the progression of Alzheimer's disease. So our latest research suggests that difficulties with the task may be related to a loss of grid cells in the entorhinal cortex."

The study suggests that grid cells are involved in a broader range of cognitive process than previously thought.

"It is particularly exciting to see the involvement of a specific type of neuron whilst people are simply imagining moving through an environment," explains lead author Dr Aidan Horner, who conducted the study at the UCL Institute of Cognitive Neuroscience and is now at the University of York. "This suggests that grid cells may contribute to more than just spatial navigation and are involved more broadly in planning and imagining the future. It is particularly difficult to link work at the neuronal level with higher-order cognitive processes. It is therefore incredibly exciting to see evidence for grid cells in imagined navigation, bridging the gap between neurons and mental imagery."