Developed cities are spending significantly more than developing cities on measures to adapt to the impacts of climate change - with spending seemingly linked to wealth rather than number of vulnerable people - finds UCL research. 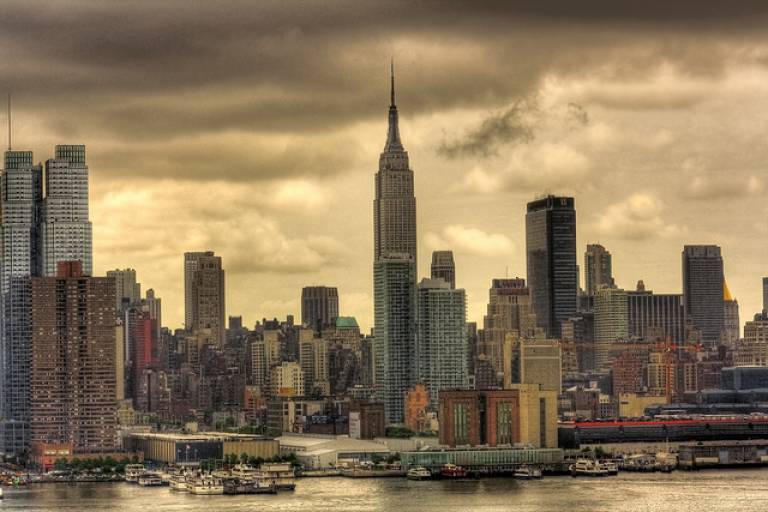 The paper, published today in Nature Climate Change, analysed the amount that ten megacities (cities with a population greater than three million, or GDP ranking amongst the top 25 of cities, or both) across the globe spent on climate adaptation measures, such as better drainage systems, coastal defences and more resilient infrastructure.

Lead author Lucien Georgeson (UCL Geography) said: "The majority of the world's population now lives in cities, with major urban centres increasingly at risk from extreme weather, water scarcity and energy shortages as a consequence of climate change. Cities are planning with a view to improving their resilience and we wanted to understand better what is happening - how much is spent in different cities? What areas are different cities prioritising? Are resources being allocated efficiently or fairly?"

The authors found that £223 billion (0.38% of global GDP) was spent on climate adaptation worldwide in 2014/15, with the largest share of this spent in developed cities. Cities in developing countries that may be vulnerable, such as Addis Ababa (Ethiopia), Lagos (Nigeria) and Jakarta (Indonesia), spent much less.

New York (USA) spent the most overall (around £1.6 billion in total, about £190 per person in 2014/15), whereas Addis Ababa spent both the least overall (around £15 million) and least per person (under £5). The authors note that, taken together, this evidence seems to suggest that current adaptation spending tracks capital to be protected, rather than people.

The research also looks at the breakdown of sectors that money is allocated to, with significant differences between cities. For example, Addis Ababa and Lagos have proportionality higher spends on Health and Agriculture, whereas London, New York and Paris spend more proportionality on Energy, Water and Professional Services. Beijing (China) emerges as a notable exception spending the highest percentage of their GDP on adaptation and by far the highest proportional spend on the 'Built Environment'. The authors suggest this could be influenced by strong centralised policy frameworks in China. 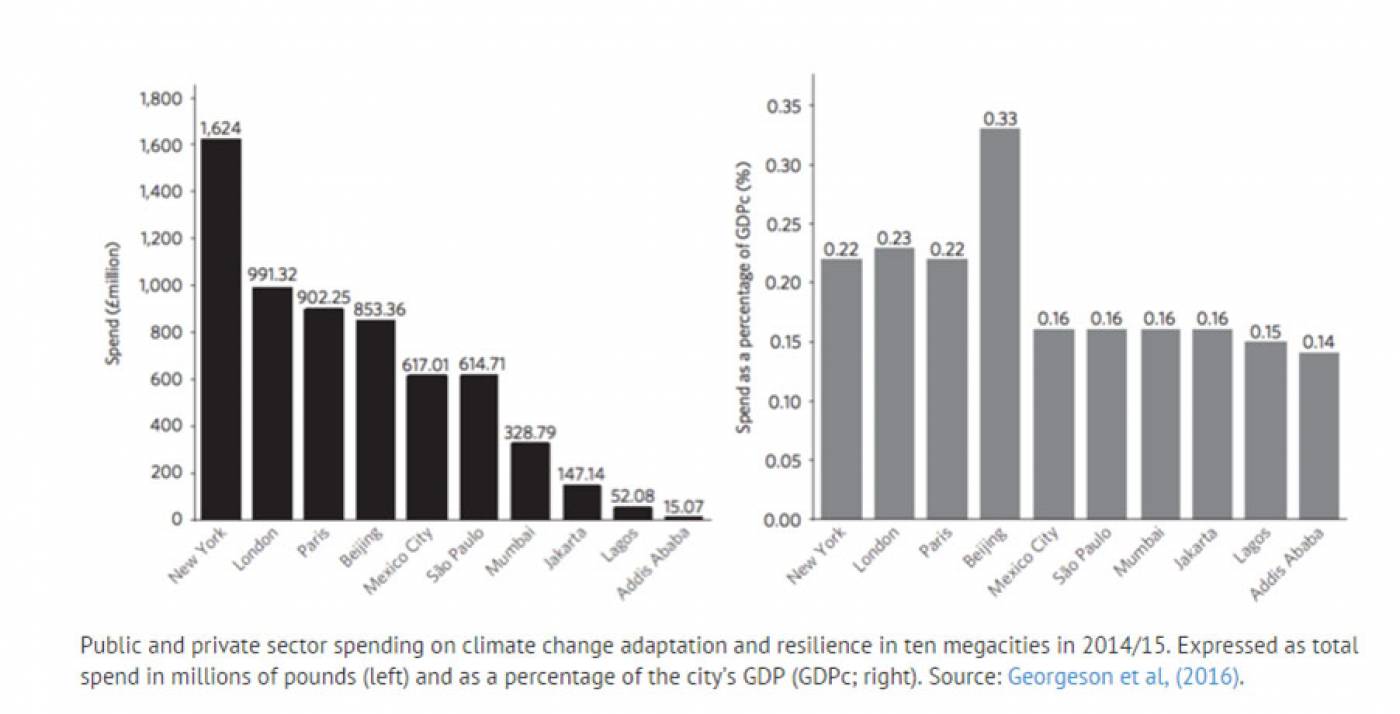 Professor Mark Maslin (UCL Geography) added: "We have developed a unique method with kMatrix Ltd to track individual financial transactions. This is extremely powerful, as we can provide policymakers with new insights into who is spending what on adaptation within their cities. This study is part of a large project to track and monitor the development of the global green economy through real spending, including all aspects of adaptation and sustainability."

The research shows that spending on adaptation remains a small part of the global economy, but is likely to rise given strong overall levels of growth over the last seven years. The disparities between cities are significant, suggesting cities in developing and emerging economies require further resources to deliver adaptation for their current or future populations.

This is cause for a concern when the projected future populations of those cities are considered, highlighting that adequate funding must be made available to those cities most vulnerable to the impacts of climate change.