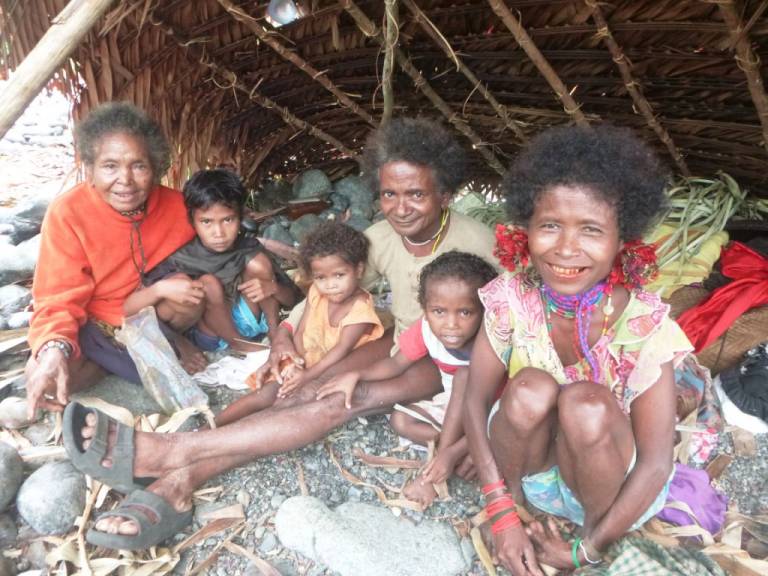 The research explores patterns of food-sharing among the Agta, a population of Filipino hunter-gatherers. It finds that reciprocal food-sharing is more prevalent in stable camps (with fewer changes in membership over time); while in less stable camps individuals acquire resources by taking from others - known as 'demand sharing'.

Exploring social dynamics in the last remaining groups of present day hunter-gatherers is essential for understanding the factors that shaped the evolution of our widespread cooperation, especially with non-kin.

The study, published today in the Royal Society journal Open Science, is the first to report a real-world association between cooperation and group stability.

First author of the study, Daniel Smith (UCL Anthropology), said: "Cooperation between unrelated individuals is rare in animals, yet extensive among humans. Reciprocity - the principle of "you scratch my back, I scratch yours" - may explain this non-kin cooperation, yet requires stable groups and repeated interactions to evolve.

"Our research shows that hunter-gatherer cooperation is extremely flexible - reflecting either reciprocity or demand sharing depending on the frequency of repeated interactions between camp members."

Semi-anonymous games in which individuals were asked to distribute resources between themselves and others were also a part of this study. These games were conducted with 324 Agta over 18 separate camps.

In one of the games, participants were shown their own picture, along with a maximum of 10 other randomly selected adults from camp. They were then given a number of small wooden tokens, each representing 125g rice, equal to the number of camp-mate's photos.

Not every picture including the subject's could end up with rice on it, introducing a social dilemma regarding whether to share, as it would be impossible for everyone to receive rice. Participants then decided, token by token, whether to keep the rice for themselves, or to give to a camp-mate.

Last author, Professor Ruth Mace (UCL Anthropology), added: "Food sharing and cooperation are at the centre of hunter-gatherers lifestyle. No other Apes share food or cooperate to the extent that humans do. A complex network of sharing and cooperation exists within camps and between camps in different hunter-gatherer groups, regulated by social rules, friendship ties, food taboos, kinship and supernatural beliefs. Sharing is a crucial adaptation to hunter-gatherers' lifestyles, central to their resilience - and central to the evolution of mankind."