It may be possible to assess the risk of developing dementia by analyzing information gathered during routine visits to the family doctor, according to research published in the open access journal BMC Medicine. 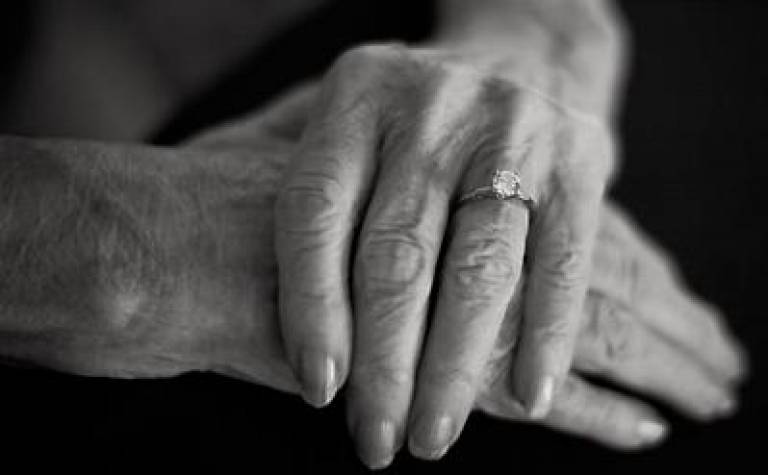 Researchers from UCL have developed an algorithm that uses routinely collected data to predict a five-year risk of dementia as part of an NIHR-funded study. The team identified 930,395 patients without previous records of dementia, cognitive impairment or memory problems. Using these patients' records, the researchers built a simple computer algorithm that predicts the risk of future dementia diagnoses within five years. This algorithm, the Dementia Risk Score, could help rule out patients at very low risk for conditions such as Alzheimer's disease in primary care.

The researchers used randomly selected anonymized data, collected by 377 UK practices between 2000 and 2011, recorded in The Health Improvement Network (THIN) database. The database contains patient records for around 6% of general practices in the UK.

To validate the accuracy of their algorithm, the researchers selected an additional 264,224 patients, without previous recordings of dementia from 95 different UK general practices.

Both groups of patients - those selected during the development and those selected during the validation phase of the study - were divided into sub-groups of people aged 60-79 and 80-95 years. The groups were divided based on previous findings that the risk of dementia increases sharply at age 80, as well as an observed difference in the distribution of risk factors between people aged 60-79 and older individuals.

The algorithm performed well in predicting risk for the 60-79 age group but not in the 80-95 age group. This suggests that risk assessment models for dementia using traditional risk factors do not perform well in patients aged 80 years or older and a different approach may be needed for this group.

Risk factors that are poorly recorded in UK primary care, such as family history of dementia or physical activity, could not be included in the score. As the current model is based on UK patient data, the researchers suggest further tests to assess the performance of their risk score for populations outside of the UK.

Lead researcher, Dr Kate Walters (UCL Primary Care & Population Health), said: "Before this score is widely used we would recommend that it is independently tested in further populations of people, and that the ethical implications of using it in practice are considered."

She added: "The score could be especially useful for identifying people at a very low risk of dementia (as recorded by their GP). This could help general practitioners working with people who are anxious about developing dementia."